Twenty-six-year-old Barbados native Rihanna -- born Robyn Rihanna Fenty -- was already well on her way to pop stardom by the time she was 16, when she signed with the Def Jam label. Reflecting her Caribbean roots, her early work was inspired by reggae, dancehall and soca music, resulting in her 2005 debut album Music of the Sun and its hit single "Pon de Replay."

Fellow Caribbean and 1994 Rock and Roll Hall of Fame Inductee Bob Marley has also figured into Rihanna's musical melange. In fact, Rihanna recorded a version of Marley's classic "Redemption Song" for the Hope For Haiti Now campaign in January 2010. 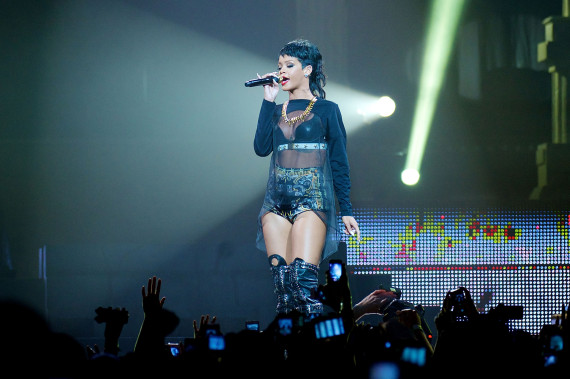 PERTH, AUSTRALIA - SEPTEMBER 24: Rihanna performs live for fans at the first show of her Australian Tour at Perth Arena on September 24, 2013 in Perth, Australia. (Photo by Stefan Gosatti/Getty Images)

Rihanna has cited 2008 Rock and Roll Hall of Fame Inductee Madonna as her biggest influence. "I think that Madonna was a great inspiration for me, especially on my earlier work," she says. "If I had to examine her evolution through time, I think she reinvented her clothing style and music with success every single time. And at the same time remained a real force in entertainment in the whole world."

With a voice described by James Skinner of the BBC as "at once commanding, soulful and vulnerable," Rihanna has -- like Madonna -- evolved her artistry over the years, as her music incorporates elements of pop, R&B, dubstep, hip-hop and electronic dance music. With its provocative subject matter and lyrics, the aptly titled Rated R was one such directional shift, a very different Rihanna than the one heard on 2007's Good Girl Gone Bad. Reaching Number 1 on the Billboard Hot 100, "Rude Boy" from Rated R was a decidedly upbeat track that illustrated her signature eclectic sonic stew. The outfit she wore in the "Rude Boy" music video is among the items featured in the Rock and Roll Hall of Fame and Museum's Right Here, Right Now exhibit.

This blog post is part of a series produced by Huffington Post and the Rock and Roll Hall of Fame and Museum in conjunction with the latter's current "Right Here, Right Now" exhibit. The exhibit, at the Cleveland-based museum, takes a look at the evolution of rock and roll and its impact on the next generation of artists by taking visitors on an intimate journey into the stories of chart-topping acts as told through their personal items and clothing from iconic performances. To learn more, visit here. To meet the other seven, visit here and see below! 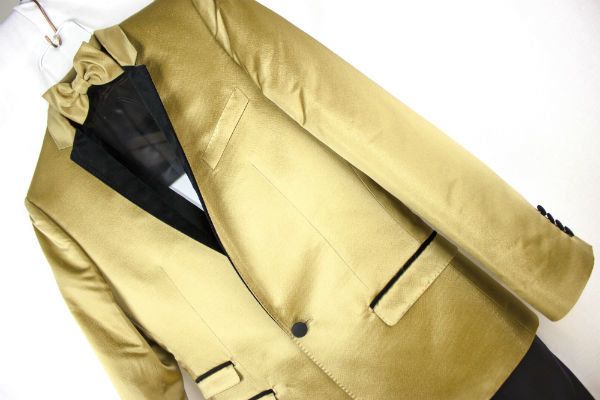 1 / 13
Bruno Mars Tuxedo, 2012
Design by Dolce and Gabbana Bruno Mars wore this tuxedo during his performance of “Runaway Baby” at the 2012 Grammy Awards.
Rock & Roll Hall of Fame Museum