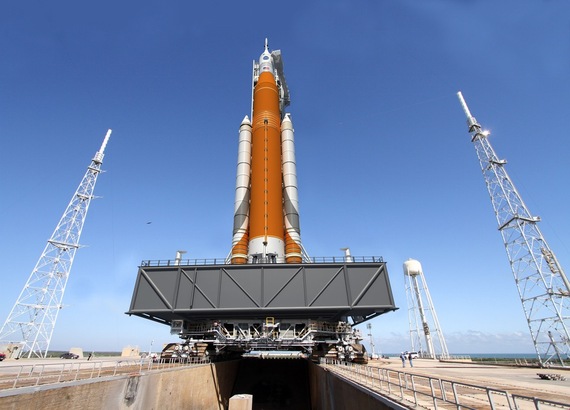 For the past six years, NASA has been building a new launch apparatus designed to once again take us beyond Earth's orbit, to Mars, and beyond. And in just a little more than two years, the Space Launch System will embark on its inaugural launch and separate from the Orion spacecraft, which will circle the moon and eventually return to Earth.

Accompanying Orion on that 2018 mission will be 13 small objects known as CubeSats, which illustrate what the future of space exploration and research will be: efficient, cost-effective, and taking advantage of the most innovative science and technology breakthroughs to date. NASA has finally revealed what kinds of CubeSats are hitching a ride with Orion and heading off into deep space, and they look pretty fantastic.

They represent, in the words of NASA deputy administrator Dava Newman at today's announcement, "the synergy of where we can do science and technology."

To review: CubeSats are basically cheap, miniature satellites that are basically as big as a shoebox, and can act as a type of multipurpose tool for all kinds of projects. The first CubeSats were launched in 2003, but they've exploded in popularity starting this decade, thanks to NASA's CubeSat Launch Initiative that provides opportunities for students and research teams from around the world to send CubeSats to the International Space Station.

Until now, CubeSats have primarily been used for educational purposes, according to Michael Seablom, chief technologist for NASA's Science Mission Directorate. Even when they've been used as a part of scientific research, it has been in a pedestrian manner that's non-essential to the study at large.

Seablom and others hope to change that very soon. The SLS-Orion integrated launch -- set for September 2018 -- is a fantastic opportunity to really test the potential of CubeSats, since Orion does not need to accommodate resources and space for a live crew. As Orion jets toward to the moon, it will deploy 13 CubeSats somewhere in trans-lunar trajectory so that what they collect is new and unique.

The Near-Earth Asteroid Scout (NEA Scout) is quite possibly the most audacious CubeSat being launched. NEA Scout will basically travel to a near-Earth asteroid and collect images and collect data about position and movement behavior during its reconnaissance, to lay the groundwork for future missions that will send crewed and uncrewed spacecraft to asteroids. (Oh hi there, Asteroid Redirect Mission. Greetings, asteroid mining, so glad you could join us.) 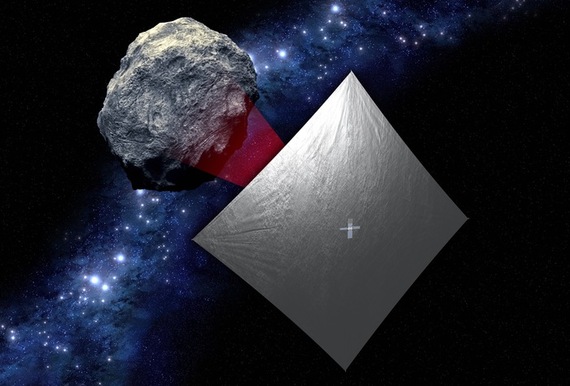 Concept art for the NEA Scout

How is it going to get there? By way of a solar sail, made of a strong but ultra thin plastic that's coated with aluminum (it's no wider than a human hair). The sail is propelled forward by using the force of sunlight. Particles of light, acting like atomic ping pong balls, impart momentum on the sail to move it forward, while operators on Earth can change the angle and tilt of the sail to modify its speed and direction. Although the pressure acting on the sail is like an ounce of dirt being dropped on a football field, that's more than enough to help move a CubeSat forward in space.

Operating something like this is "the most complicated game of Tetris you've ever played," said Leslie McNutt, NEA Scout project manager. "But [it's] a whole lot of fun.

Besides the NEA Scout, two other payloads were handpicked by NASA's Human Exploration and Operations Mission Directorate:

Another two CubeSats were selected by NASA's Science Mission Directorate:

And the final two CubeSats were chosen by the Next Space Technologies for Exploration Partnerships (NextSTEP) Broad Agency: 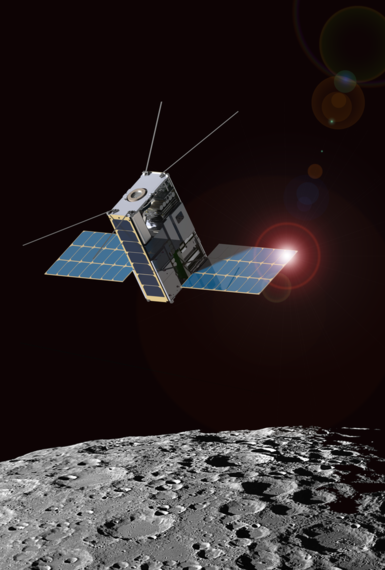 Concept Art for the Lunar IceCube

In addition, three other CubeSats will be chosen through NASA's Cube Quest Challenge, a contest in which practically anyone in the world can submit a design for a CubeSat, all in hopes that it will get to go up with Orion in 2018. Spots for the last three are reserved for NASA's international partners.

Orion just landed in Kennedy Space Center. They'll be putting the spacecraft through the final preparations for the September 2018 SLS launch. Though more than two years away, the mission's success will help pave the way for a new era of space exploration where humans head for Mars and beyond.