Elias Weiss Friedman, known and loved by many as The Dogist, runs one of the largest dog accounts on Instagram. He also just wrote his first book, The Dogist, which became a New York Times Best Seller overnight.

Get to know the man behind the camera.

You are now a New York Times best-selling author and run one of the largest dog accounts on Instagram. This is very different from your life just a few years ago. What advice would you give to your former self? Lessons learned?

Well, my life as The Dogist hasn't changed much, really. I just have a bit more validation and influence around my work. I still walk around most days with a camera and kneepads photographing dogs like I did on day one of the project. Before The Dogist, I was trying to be something I wasn't. I think like many kids out of college, survival is success. You'll take any job to prove your degree was worth your parents' investment. I had a great job, honestly. I learned a ton from smart people and learned to tell a story. But it wasn't my story, it was huge corporate stories that I had no connection to or passion for. I'm way too goofy for that. I think getting fired was a self-fulfilling prophecy - I did my job well, but was never great. Something scared me about fully committing to something that would bind me to a desk, computer screen and client presentations for the rest of my 20s, though who knows if I would have had the courage to leave on my own.

One of my favorite parts of your book was the story about the guide dog that had a "street name". Can you tell us a little more about that story? Any other similar stories?

Indeed, working dogs have little quirks about them. That guide dog, Phil, probably couldn't do his job as well if people were calling his name, hence the fake "street name" the owner initially gave me. It's a way for her to be respectful but also smart about the dog doing his job well. Other funny quirks? Show dogs don't sit for food, as many dogs would. They use food to guide the dogs in the ring, and sitting down is a good way to lose favor with the judge. Bomb sniffing dogs are trying to find their favorite toy. I recently had to go through the full explosives screening at airport security because the sniffer dog alerted to the saliva seasoned tennis ball in my cargo-pant pocket. I now wear jeans when I fly.

You use your platform to give back. Can you share some of those stories with us?

It's a wonderful thing to be able to influence the world in a positive way through something you created. Visiting animal shelters is always a humbling experience, but being able to share their story along with the organization helping them, is kind of priceless. It helps the canines in need, the organizations gain awareness, and helps tell the story of dogs (my job). Visiting Best Friends Animal Sanctuary in Kanab, UT last summer was one of the more memorable visits I made. I was able to photograph two of the remaining "Vicktory Dogs", both seized during the Michael Vick dog fighting ring controversy. After 6 years, one had been rehabilitated and lived in a household. The other, Tug, would likely spend the rest of his life at the sanctuary. It was a sad but beautiful contrast of overcoming the past as well as providing sanctuary for those who have suffered cruelty. Before we left the sanctuary, we arranged to transport a Lab mix puppy to their adoptive owner in LA. It was a special moment seeing the look on her face as I handed over the little puppy.

What is the craziest thing that's happened to you while on the job?

Crazy doesn't really describe my most memorable moments on the job (besides having close calls getting bitten). For me, it's the quiet of the snowfall while I'm on the ground facing off with a snow covered Golden Retriever who really wants the tennis ball I have. It's getting splashed with water as the dog runs into the ocean to get the stick his owner threw. It's getting licked in the ear at the park while you're focusing on another dog. It's getting your hand slimed by the Great Dane you just gave a treat to. It's the tears I see when someone tells me they spent a fortune treating their dog's cancer and beat it. I think being a photographer is all about seeking out those moments that make you feel alive. The photograph is really just a reminder of something beautiful that happened.

Your photos are incredible. What are your top 3 photography tips?

Top 3 tips: Get on the dog's level, have something they want, and practice every day. Some people never get to be any good because they expect results immediately. Practice is the only thing that makes me better than the other people with cameras.

What do you do when you're not working?

What's next for The Dogist?

I'm looking forward to traveling and developing my next book. We're still tossing around ideas, but I think it will be a largely different book from the first (don't worry, still dogs). I think the first two years of this project certainly bodes well for me in making a career out of something I love. 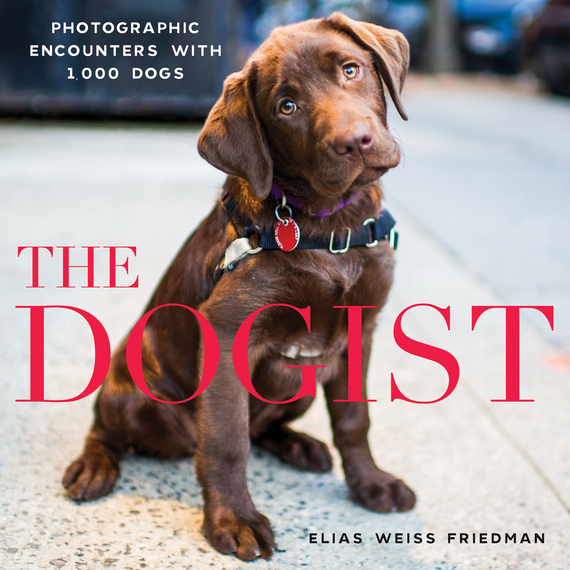