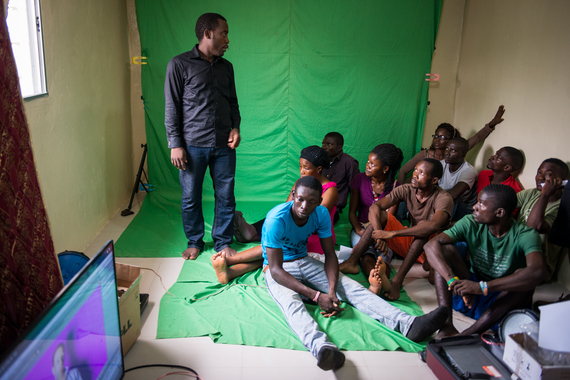 Divine Key Anderson (left) teaches a class about the use of a green screen in film making at the Liberia Film Institute on May 6, 2015.

The Liberia Film Institute's latest class of filmmakers recently completed a series of short documentaries and dramas dealing with their country's unprecedented Ebola outbreak. They have been screening their films in communities around the country, and a large film festival in Monrovia is being planned for late June. Here's a look at some of the student filmmakers behind the project. 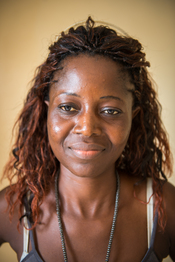 Dorkas Pewee, 28, produced a short drama called "Out of Sympathy." She has been a student at LFI since it began offering classes in 2012, and is currently finishing her senior year of high school as well. "It's heavy, it's a load I'm toting, but I manage it," she said. "I decided to put my whole self into this."

She is most interested in producing documentary and fictional films that address women's issues. Her greatest hope is that her work will reach a wide audience and bring about positive societal changes as a result. 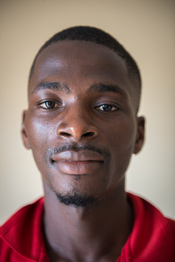 Eli Z. Foday, 26, produced a short documentary called "Transport Condition." This is his second cycle of classes at LFI, which he learned about through his involvement at church.

He is mostly interested in making documentaries about, "the things that are affecting us, as individuals and as a country." Prior to discovering filmmaking as a goal, Eli said he wasn't a very productive person and the new skills he's learning make him very proud. "It changed me a lot. I thought there was nothing I would do," he said. "I know there's something in me now." 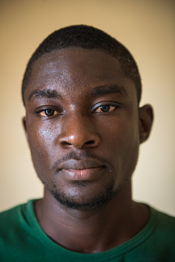 George Nyanzeor, 23, worked as an editor on three of the Ebola films. He is currently in his second cycle of classes at LFI.

His dream is to be a documentary and fiction filmmaker, creating educational films "that would expose my culture to the world" and "change the mindset of people." He said that being a student at LFI changed his life, "because it stopped me from doing some jobless things and useless things. Now I'm set and focused on one thing." 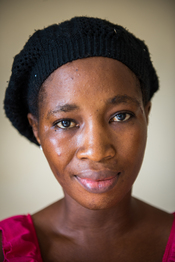 Helena Chowoe, 31, produced a short documentary called "Survivor," about a man who lost most of his family to Ebola and came out of the treatment facility alive, but is still facing the scrutiny and fears of his community.

She decided to study film making at LFI in pursuit of a career "that upholds accountability in the film industry." Her dream is to become a successful filmmaker and to help others learn the craft. She is the mother of two children, a boy and a girl. 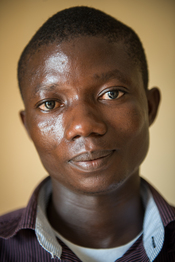 Kelvin M. Jalibah, 27, produced a short documentary called "Labor Workers." This is his first cycle of classes at LFI and he's mostly interested in making documentaries.

"I want to be a filmmaker because I think film can be a tool to change the society," he said. His biggest hope is to create films "that will have a great impact on people's lives." He said the experience of learning filmmaking has changed him dramatically. "I used to think that violence was the only way," he said. "But I changed my mind." 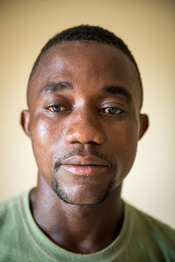 Oliver T. Williams, 28, produced a short drama called "Denial." This is his second cycle of classes at LFI. He chose the topic of his film because of the then disbelief in Liberia that Ebola exists and the dangers it posed in the country.

Going forward in his career, Oliver hopes to be an international visual journalist. He is currently a motorcycle taxi driver and a supervisor with the Liberia Motorcycle Transport Union. Seeing how motorcycle drivers are often mistreated in Liberia's streets has made Oliver interested in developing films about human rights issues. 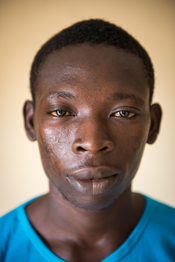 Prince S. Jallah, 26, produced a short documentary called "Self Protection." This is his first cycle of classes at LFI, and his confidence has improved dramatically with the training. He said before he started classes, he "used to be running up and down on the street doing nothing."

"It's been a big change in my life," he said. " I trust myself that I can go out there with a camera, do my editing and make something good." Now Prince aspires to continue growing as a filmmaker and to work with others to improve society. He recognizes that because many Liberians are illiterate, film represents a powerful way to educate and influence people for the better. 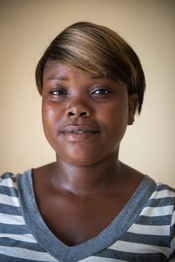 Secret Key, 27, produced a short documentary called "The Visit." This is her second cycle of classes at LFI, and she did her first cycle while pregnant with twins. She has five children.

She dreams of becoming "the best female documentary producer in Africa," she said. "You know, we have a lot of stories to tell in Liberia, so many horrible things that happened to people. I decided to tell my life story so I can let go of it."

Prior to taking up training as a filmmaker, Secret was in the "quick service photo" business, but she decided to work for something more rewarding. She's especially interested in telling stories about single mothers in Liberia. 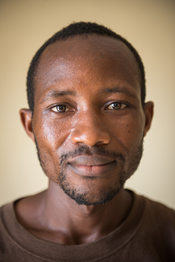 Sylvester V. Johnson, 27, worked as an editor on five of the Ebola films. This is his first cycle of classes at LFI, and he's interested in fiction and documentary.

"This was my dream, to do movies," he said. "So when I heard about this school, I took advantage of it." Sylvester was a student elsewhere, but he dropped out "due to lack of support." He was a motorcycle taxi driver and was doing little else. "I really thought I was useless," he said. "Since I came here, my life has changed." 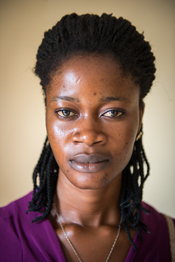 Massagbeh S.M. Shariff, 26, produced a short drama called "The Return of Ebola." This is her first cycle of classes at LFI.

"I want to be an international film maker and I also want to learn more about cameras and editing," she said. She hopes to change her own life and the lives of others by successfully attaining that goal. She spends as much time as possible at the film school. "I abandoned my house to sleep here because I want to learn everything about filmmaking," she said. "I just love it." 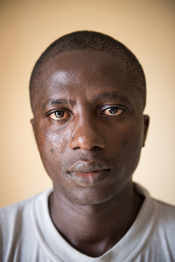 Terrah P. Saabendoe, 32, produced a short drama called "Prevention is Better Than Cure," which is about the importance of remaining abstinent for three months following an Ebola infection.

He is currently self-employed as a freelance film maker, and is attending classes at LFI to improve his skills and advance his career. Terrah is the father of two children, a boy and a girl.