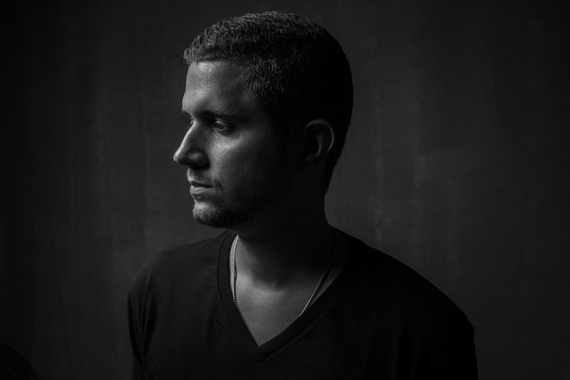 Meet CID, a GRAMMY award-winning (Best Remixed Recording) DJ that's garnering attention across the globe. From Las Vegas to Barcelona, the Queens, New York-based DJ is ready to stake his claim on the world of dance music.

Over the summer, CID teamed up with Kaskade for the irresistible house anthem "Sweet Memories," which you can watch below.

The groovy melody and smooth bassline layered with striking rums and sensual vocals together create a reminiscent feeling that is void in much of today's dance music landscape. The song's music video is just as fun, as it featured three dancers that take the viewer on a choreographed journey through the streets of downtown Los Angeles.

Last month, Celeb Secrets editor Kennia (pictured above) met with CID at the annual Life is Beautiful Music & Art Festival in Las Vegas to chat about his music and appearance at the festival. "I'm really excited to be here at Life is Beautiful," CID told Celeb Secrets during the interview. "The way its organized with the art, food, and music is a really awesome experience."

"CID was so down to earth about everything," Kennia says. "He's a DJ you can see yourself being friends with. Now I know why everyone can connect to his music!"

The New York-based DJ/producer performed a lot of his own music, including fan favorites and the new material he's been working hard on in the recording studio. Taking on the Troubadour Stage on the festival's final day, CID absolutely electrified the crowd. There was not one person in the room who wasn't moving. For coming in on a flight the morning of from New York, CID was full of energy ready to play for a giant tent full of people. His passion comes out in his music, a very unique twist on EDM. He combines EDM with house party music, something everyone can listen to and enjoy.

Make sure to watch the full video below and keep up with CID by following him on Twitter at @CIDmusic.

Featured photo by Eva Mueller. Additional reporting by Kennia Cardenas. This post originally appears on Celeb Secrets and can be viewed here.