Much of the talk at the Consumer Electronics Show 2014, the largest conference of gadget geeks in America, was about wearable computing. Wearable computing dominated the international conference in Las Vegas, Nevada; however, no one really talks about the man we all owe a round of applause to for this revolution and movement to wearable computing and technology. That man's name is Scott Wilson. 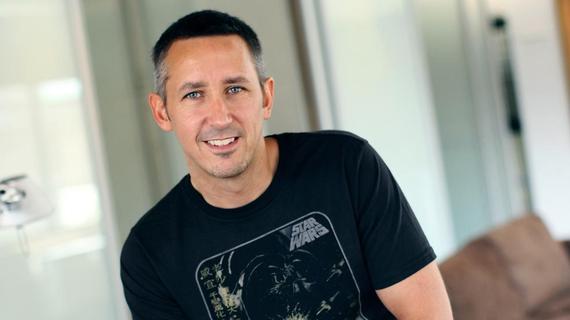 Wearable computing, as most people see it today, didn't start with the Pebble or the many other interchangeable devices on the current market. It started with an idea and an ultimate vision from Scott Wilson who developed a prototype called TikTok + LunaTik and then started a campaign on Kickstarter. He had been turned down by several potential investors and partners. At the time Scott was a product designer whose company, MINIMAL, started revolutionizing consumer products in 2007. This device turned the Apple iPod Nano into a watch people would wear on their wrist. When he launched the Kickstarter campaign, no Kickstarter project had ever raised more than $150,000. Scott raised close to $1 million in his 30-day campaign.

Scott Wilson set out to build a great product that consumers believed in and that people would love to use. His dream was to create premium watch kit designs that not only leveraged the same impeccable quality as Apple products, but also gave the iPod nano a worthy home on the wrist. He did that, but history will show he did more. Scott created the very first mainstream ripple in wearable computing. At the time, no one could foresee the impact of what Scott Wilson had created.

"I met with Scott Wilson at CES 2011 in Las Vegas," said Mike Wilson the President of Ingenology. "I am a guy who loves tech and it was truly unbelievable to spend 45 minutes with a person who cared about design, the future of technology, and really saw a world where more devices are worn and not just shoved in pockets."

After Scott Wilson's successful Kickstarter campaign, a ripple effect took place in the technology sector and a revolution began in entrepreneurship. Companies saw the opportunity to build on Scott's work and entrepreneurs were quick to follow Scott's success. Competitors sprung up everywhere. Quickly, fashion accessories for the iPod Nano evolved into a legitimate marketplace. Scott Wilson's vision and fame were quickly overshadowed by huge marketing budgets of consumer technology's biggest players.

In 2011, Apple capitalized on this and people around the world were buying the iPod Nano in bulk just to wear them with a TikTok + LunaTik. It was clear that Apple products were being bought for a use other than what Apple intended. Apple even mentioned the product in their 2011 Keynote. Today, it is rumored that Apple is working on an iWatch. There is no doubt this will lead to potential billions in revenue because of Apple products beloved style and high usability ratings. Scott Wilson's TikTok + LunaTik is the true inspiration behind the iWatch.

You can debate who was the first with wearable technology. You can debate what R&D lab had a concept before someone else. None of that is really relevant. Relevancy was materialized with Scott Wilson's 2010 Kickstarter campaign for the TikTok + LunaTik.

Scott Wilson deserves more credit than he receives. He inspired a technology segment that we now call wearable computing. 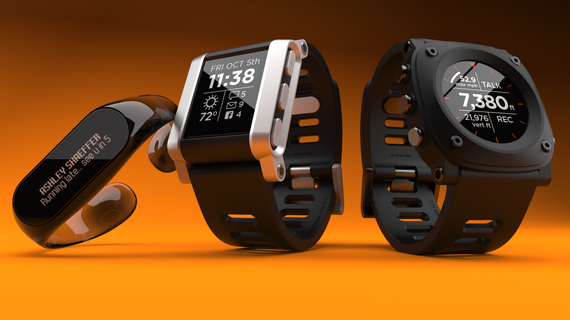 Oh and by the way, Scott Wilson is now launching the LYNK Collection by LunaTik. This new collection made up of the LYNK, LYNK + Pulse, LYNK + Vapor and LYNK Extreme represents a singular focus to make minimal, simple and intuitive design accessible to all. Wilson is continuing to build iconic, but wearable technology and fuel the wearable computing revolution.