Because Georg Elser was a simple woodworker from the country, no one ever suspected that he would be capable of conceiving and executing a plan to assassinate Adolf Hitler. But for 30 nights, while evading guards, he painstakingly worked on hollowing out a pillar in the Bürgerbräukeller in Munich, where Hitler was scheduled to give his annual speech commemorating the Nazi Putsch of 1923. Concealing his work with an ingeniously designed door cut into the wainscoting, Elser meticulously assembled not one, but two time bombs in the hollowed-out pillar. They went off precisely as planned, at 9:20 p.m. on November 8, 1939--normally the mid-point in Hitler's speech. But because of a last-minute change of plans, Hitler had left the hall 13 minutes earlier.

Who was this Georg Elser? In endless interrogations, accompanied by torture, the Gestapo attempted to prove that he had been trained and supported by powerful forces, probably the British. The Gestapo simply refused to believe that a man with Elser's background could have the skills or the audacity to undertake such a daring project on his own. Despite evidence to the contrary uncovered during their own interrogations, the Nazis remained so convinced that Elser was controlled by foreign forces that they kept him alive in the concentration camps, declining to execute him until the very end of the war. Even after the war, Germans for a long time had difficulty understanding and accepting the facts surrounding Elser's assassination attempt at the Bürgerbräukeller.

Bombing Hitler, Hellmut Haasis's biography of Georg Elser, provides insight into the making of Elser's character, from the difficult family life of his childhood to his end in Dachau. The repressive and, at times, abusive atmosphere at home engendered in him the resilience, endurance, and resourcefulness which would enable him to carry out his daring plan. His commitment to extremely high standards as he acquired ever more sophisticated skills in woodworking enabled him to construct a device which amazed even his Nazi captors.

As Elser witnessed the continuing decline of conditions for ordinary workers and their increasing oppression under the National Socialists, and as he watched the threat of war grow with every passing day, he came to the conclusion that eliminating Hitler offered the only possibility of averting disaster for his country.

The book offers a portrait of a sensitive and talented young man from a humble, and at times troubled, background as he struggles to develop his talents and explore his cultural interests in music, dancing, and the traditional costumes of the area. We learn of Elser's love interests and of the conflict he faces as he must choose between love and his sense of mission.

After years of grueling labor, much of it on his parents' farm or at his father's ill-starred wood business, he takes his first vacation, riding his bicycle along the shore of Lake Constance, captivated by its serenity and natural beauty. It is a brief and poignant vision of freedom.

Little could he know that, years later, he would return to Lake Constance under far different circumstances. As his bombs are ticking inside the pillar in the Bürgerbräukeller, he makes a desperate attempt to escape across the border into Switzerland. Only twenty-five meters from the border, he is spotted by two German border guards, who take him into custody and search him thoroughly. Even though news of the explosion does not reach the guardhouse until some time later, Elser's fate is already sealed. His meticulously planned attack succeeds, but misses its target by minutes.

It would be decades before all the myths and legends surrounding Georg Elser and his assassination attempt could be unraveled. Bombing Hitler traces Elser's development from country boy and artisan to assassin, and outlines in detail how he conceived and executed his bold plan to eliminate the Führer. 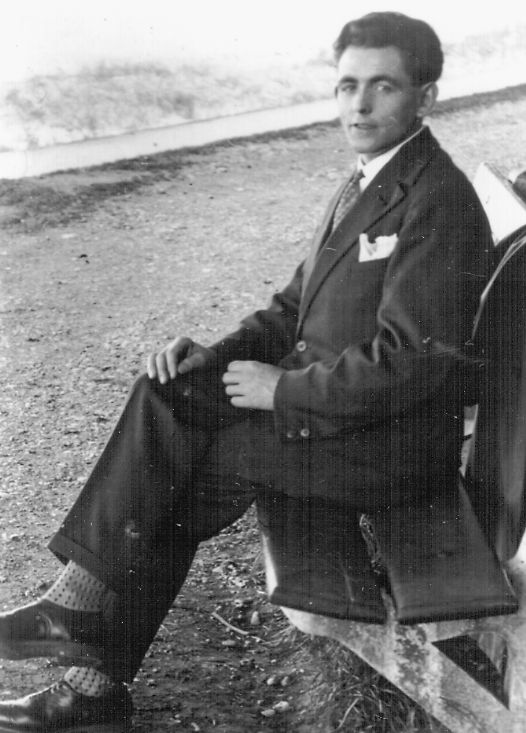