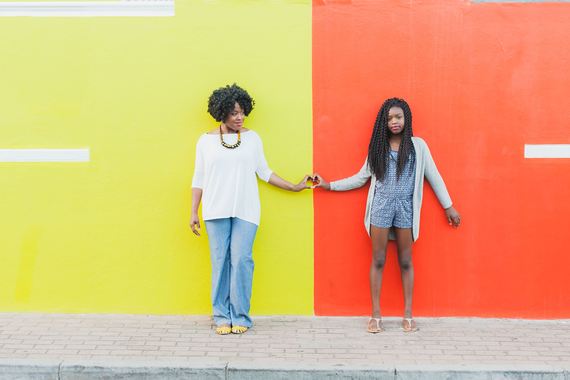 Libryia Jones is a mom with a vision. After her daughter was born, she made an ode to herself and her little one that they would live abroad and experience the world together. By the time her daughter was nine she was personally requesting this move and Jones was ready to put it into action.

In 2015, Libryia Jones' vision grew as she researched ways for her and her daughter to live abroad. There were many things to consider, specifically as a mother - making a living, safety, education for her child. In conversing with a colleague who had also caught the travel bug and new friends she met online while doing her research, Jones wondered what if she could make this dream a reality not just for herself but for others as well.

And thus My Wander Year was born.

Recently, My Wander Year, Founder & CEO, Libryia Jones, her daughter, and 30 others embarked on a the journey of a lifetime. The group of newly minted Wanderists, as Libryia calls them, are travelling for a year making four cities on four different continents their home for three months each.

Prague, Czech Republic, Chiang Mai, Thailand, Cape Town, South Africa, and Medellin, Colombia are the cities the Wanderists will get to call home and explore while working remotely and home-schooling their children.

I caught up with Libryia as she embarked on the first leg of My Wander Year. Let's see what she has to say.

Tiffany Crawford: What is My Wander Year in your own words?

Libryia Jones; It's a group of dope ass people who are very intentional about living their lives on their terms. My Wander Year facilitates a lifestyle that people don't have to vacation from. We help people become expatriates for a short time and to live and work from all over the world by taking care of identifying locations, securing lodging, finding a place to work, and building a community to experience it with.

Crawford: The concept of being a "Digital Nomad" is something that seems to be taking off in the recent years with those who want to be location independent, what made you make the leap from corporate job, very location-dependent to location-independent?

Jones: I actually love being in an office environment for the camaraderie. I'm a very social person and I enjoy being around people who are smart...and passionate about what they do.

However, I value freedom so much. I have never liked the idea that there is an 8-hour window in which I should be productive and effective. The belief that we need parameters and a controlled environment to have a real and meaningful contribution is just antiquated and untrue.

One of the single most frustrating things about being in an office is having to pretend to be busy. If I'm done, why do I have to stay here? If I'm being efficient and completing my work, why can't I go out and play? Why am I chained to this desk forcing myself to look busy every time someone walks by. I needed a life that allowed me to have sections of time where I could be laser focused and productive and sections of time where I could lazily wander along the streets of a city getting lost and finding my way back.

Crawford: Why a full year? Is there something unique about wandering all four seasons?

Jones: Why not! This is our inaugural year, we wanted to do My Wander Year in a big way. We wanted it to be a serious commitment from ourselves and from the people who came along with us. Go hard or don't go!

Although we're traveling for a year, we actually won't experience all four seasons. We are "chasing summer/spring". We will be leaving Prague just going into the cold fall but the remainder of our locations will be warm to hot.

Crawford: What made you decide to embark on such an endeavor? It seems so implausible to many to travel for a year, how were you able to convince 30 other people to join you? It's impressive!

Jones: You know, it still feels unreal to me! I decided to embark on this endeavor because I was just tired of writing the resolution every year that this was the year I was going to pick up and move myself and my daughter abroad. I've been telling my daughter we were moving abroad since she was three years old. Finally, around age nine she said "Mommy, WHEN are we moving?". 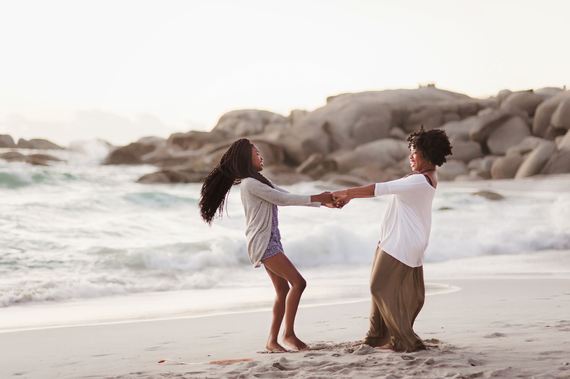 It was beyond time. When I got the courage to go, I realized that there were likely other people in similar situations. They want to do this. They just need the boost, they need someone to create the opportunity, and the community to go with.

I'm not sure it took any convincing, honestly. It really just took putting it out there and saying "I know you've been wanting to do this, here's your chance." I think it's even more impressive that these folks have signed up to follow me and my daughter around the world. That takes a lot of courage and faith.

Crawford: You just took your Inaugural trip to Prague with your first team of participants and announced Medellin, Colombia as your fourth city? What made you select it?

Jones: The team deliberated for weeks on the fourth location. We knew we wanted it to be somewhere that would enhance the experience for our Wanderists. Additionally, so many people expressed an interest in learning Spanish throughout the year that we wanted to make sure that we chose a Spanish speaking country. After comparing roughly 6 cities on the basis of exchange rate, cost of living, public transportation, digital nomad environment, and safety, Medellin was the clear choice. The public transportation system is quite comprehensive with a train, bus, and even airlift. Their growing culture of remote entrepreneurs and employees has spawned a number of coworking spaces that contribute to the digital nomad lifestyle. The city is just amazing with beautiful backdrops of mountains, and the weather is definitely a plus. 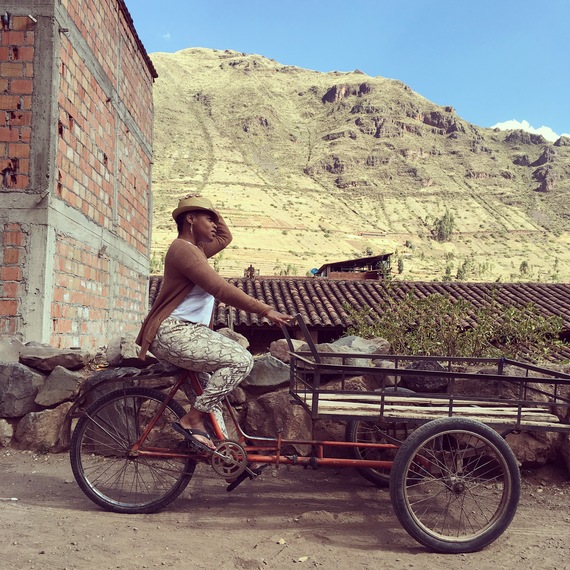 Crawford: Traveling for a full year with 30 people sounds like a logistical feat to say the least, how do you manage it all?

Jones: I don't manage it all! I have a team of ten people who are incredibly smart and passionate about what we're doing. We all play a role and take those roles very seriously. Each member of the My Wander Year team brings something invaluable to the table and not one of them are "yes men". We take initiative, we challenge each other, we hold each other accountable, and we work hard to do what's in the very best interest of the group and the company.

Crawford: What made you decide to use the subscription-based model?

Jones: The membership model felt like a natural transition for anyone participating. Everyone is used to paying rent or a mortgage on a monthly basis. We saw this as trading those living expenses at home for living expense abroad. We do offer the ability to pay in advance for the full or half year with the benefit of a discount.

Crawford: Travelers can bring their children, what do you want to create for your customer's and yourself inside of such an experience?

Jones: Offering the ability to bring families along is something that I believe sets My Wander Year apart from other programs. This experience should not be something that is only for the single and childless. Our belief is that this is an opportunity that anyone with the resources to do so should be able to take advantage of this opportunity. Being married or having children should never be a roadblock to living out a dream.

Crawford: What do you want people to know about Libryia Jones?

Jones: Here's where I get a little mushy. The one thing I want people to know about me is that I was born to love them. I believe that underneath all the things we think life is about, it's really about love. We are all connected in some way and I want, as much as I can, to honor that connection.

I am a lover and a Wanderer, who firmly believes in the saying, "all who wander are not lost."

Crawford: About My Wander Year?

Jones: What I hope people get to know about My Wander Year is that this is not just an opportunity to travel the world for a year -- It's permission to live out your dreams.

Crawford: What advice would you give to other women founders with a huge vision such as yours?

Jones: I wrote a blog about the process I went through from idea to launch. It has some great resources and tips on how I got here.

The truth is, there is no formula for everyone to follow. There is, however, one principle that everyone should follow - you actually are capable of doing whatever it is you set your mind to.

In every case of a #girlboss who saw her vision come to life whether it be Sarah Blakely (Founder of Spanxx), Myliek Teele (Founder of CurlBox), or Evita Robinson (Founder of Nomadness), she believed she could, so she did.