Based on the stereotypes of pageant queens, few would believe that a Ms. California could also be a Dr. California. But the newly crowned pageant queen, Dr. Alette Coble-Temple, is a full professor of psychology at John F. Kennedy University where she teaches graduate students and serves as the Chair of the Curriculum Committee, while she: manages a part-time independent practice conducting evaluations on inmates in prisons all over the state of California, holds a post on the Leadership Institute for Women in Psychology, and is an elected member of the American Psychological Association's Committee for Women in Psychology. In addition, she's been co-leading a Girl Scout troop for three years. She is married to Robert Temple and they have an 11-year-old daughter, Kathryn. To say that Dr. Alette Coble-Temple defies all the stereotypes is an understatement because this beauty queen is actually Ms. Wheelchair California. 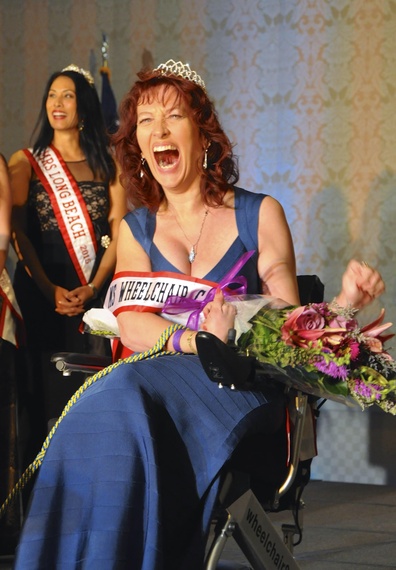 Why is Dr. Coble-Temple in a wheelchair? "When I was born, I was without oxygen for six minutes," she explains. Doctors doubted that she would survive. Dr. Coble-Temple has a spastic form of cerebral palsy that impacts her fine and gross motor skills. She uses a wheelchair for mobility and requires the help of personal assistants to feed herself and for personal care tasks. And her speech is affected. "It takes me twice as long to speak as someone without an impediment," she says, with concentrated effort.

I am a clinical psychologist who wears two artificial legs. Dr. Coble-Temple and I have served on convention panels together for the American Psychological Association (APA) and the Association of Women in Psychology (AWP) conferences. Aside from the extra time it takes for Dr. Coble-Temple to articulate words, when she is speaking, one can practically feel her working every muscle from her gut to her lips to form each syllable. Despite her labored speech, she always has the audience on the edge of their seats. But it is not because the audience has to work harder to understand her, it is because Dr. Coble-Temple has them laughing hysterically or gripping their seats with outrage when they learn about what happens to many people with physical "disabilities" in the real world.

We are the rare psychologists who are given the opportunity to speak to other psychologists about the rights of people with physical differences. In the 20 years I have been practicing, I have met few psychologists in wheelchairs. In fact, the APA website offers this advice to students with disabilities applying for internships: "Some suggest that candidates should not disclose anything related to their disability on a cover letter or vita as it is believed potential employers will automatically screen these individuals out as candidates."

I'm so grateful that Dr. Coble-Temple has the patience and tenacity to research and speak out on matters of equality for people with "disabilities" on all fronts: social, medical, educational, and economic. Often the rooms at APA conferences are jammed with psychologists who want to learn about the impact of war on the psyches of soldiers, but almost no one comes to the talks about the effects of living with a disability. Dr. Coble-Temple has plenty to say about the life that so many of those soldiers will return to after the war. They need their psychologists to be adequately trained in these matters.

Fortunately, one of the issues that Dr. Coble-Temple is working to improve is access to health care by increasing the awareness of health-care practitioners about people with physical differences. And that problem is compounded, according to the APA Office on Women, because women in the "disabled" community are 40 percent more likely to face abuse from a domestic partner.

"Up to 90 percent of people with disabilities experience abuse at some time in their life. When abuse occurs, it happens more frequently, lasts longer, and involves multiple numbers of perpetrators," explains Dr. Cobble-Temple, quoting the same APA research findings. "In the disability community, abuse can manifest itself in different forms. Aside from sexual or physical abuse, examples include withholding or stealing medication, damaging assistive devices, refusing to provide personal care, and a lack of respect for personal boundaries. For women with disabilities, there are significant barriers to receiving support and treatment including physical barriers, isolation, attitudinal barriers, and internalized oppression. When the perpetrator of the abuse is a caregiver, women with disabilities often do not want to report their abuse because reporting it would mean losing independence and being forced to live in a nursing home."

The best part of having Dr. Coble-Temple advocating for the rights of people with disabilities is her winning personality. When she speaks at conferences for Women in Psychology, she is the most popular speaker. Female psychologists squeeze in to hear her lectures on sexuality and parenthood, which are often peppered with Dr. Coble-Temple's anecdotes from her life. "Creativity, patience, and a commitment to redefining independence positively impact my role as a mother," she says. "Kathryn knows that there are multiple ways to do things. And it's okay to do things in an unconventional manner." 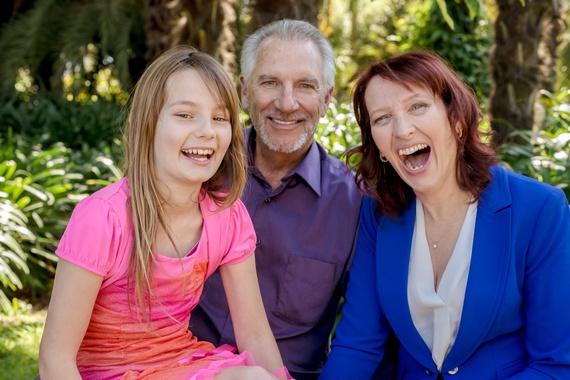 Indeed, Kathryn is an exceptionally mature and kind 11-year-old girl, who beams with pride when she sees her mother speak, as does Alette's husband, Robert. As Ms. Wheelchair California, Dr. Coble-Temple says that she is "committed to increasing the visibility of people with disabilities within mainstream culture. As a mother, educator, researcher, and advocate with both a physical disability and severe speech impediment, I serve as a positive role model for women with disabilities."

When Dr. Alette Coble-Temple says, "I lead by example," she isn't exaggerating one bit. And that's what makes this Ms. California the real deal.