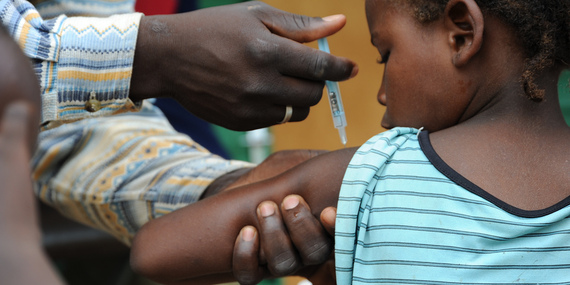 There is a global crisis in healthcare; the World Health Organisation (WHO) estimates that one billion people lack access to basic care, and a further 100 million are pushed into poverty trying to access it.

The situation doesn't look likely to improve. The WHO estimates that there will be a deficit of more than 12 million healthcare workers by 2035, with the greatest shortages in poor urban areas and rural locations.

However, while the challenges might disproportionately disadvantage the poor and disenfranchised, even healthcare systems in developed countries are struggling to deal with the strain of ageing populations and increasing rates of chronic medical conditions.

Beyond immediate questions about the quality of human life, this crisis in healthcare has deep economic implications. In the case of HIV and AIDS, some studies suggest that that when country prevalence rates exceed 10 percent, gross national income is reduced by a third.

It's clear that conventional direct delivery systems are increasingly inadequate responses to contemporary healthcare challenges, but there are some exciting solutions to big questions of healthcare emerging from surprising places. From radically reducing hospital readmission rates to tracking the progress of disease to transforming public policy and mindsets, social entrepreneurs are tackling the global healthcare crisis head on.

The new world of healthcare

According to the OECD "Mental disorders account for one of the largest and fastest growing categories of the burden of disease with which health systems must cope, often accounting for a greater burden than cardiovascular disease and cancer." Mental health conditions are poised to cost the global economy $16.1 trillion over the next 20 years.

Chris Underhill first became a social entrepreneur 38 years ago, and has founded three not-for-profit organizations focused on improving health and wellbeing. In 2000 he founded BasicNeeds, a non-governmental organization that works to improve the lives of people living with mental illness and epilepsy in developing countries. 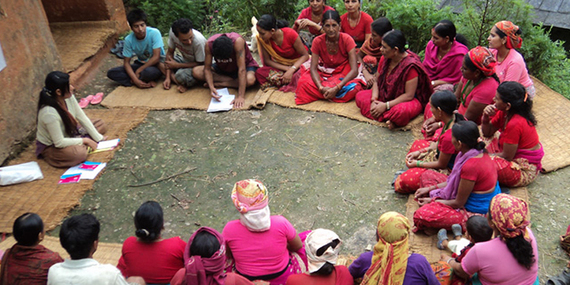 "There are mentally ill people who [have] never had the opportunity to receive treatment. They are excluded, locked up and treated appallingly. I knew there were steps that had to be taken, from a societal as well as an economic point of view," writes Chris.

Chris' approach is to work with policymakers, local communities, and patients themselves to ensure the delivery of essential treatment and the long-term reintegration of mentally ill people into society. As of 2015, BasicNeeds has helped over 650,000 people living with mental illness in resource-poor settings, as well as their carers and families.

Chris Underhill is not the only social entrepreneur creating healthcare infrastructure. When conducting research on children's access to HIV/AIDS medicine in Malawi, social entrepreneur Josh Nesbit was struck by two trends: firstly, volunteer community health workers were unable to respond effectively to the high demand for public health services due to distance, isolation, and a lack of communication infrastructure between the field and medical facilities.

Secondly, he noticed the prevalence of mobile phones in remote and poorly-serviced locations. He realized that mobiles had the potential to revolutionize the last mile of healthcare, and founded Medic Mobile to help lead that revolution. 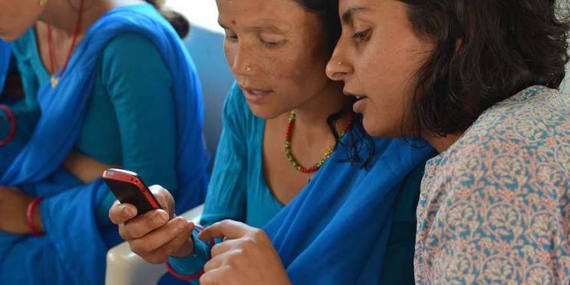 From building and reinforcing healthcare infrastructures to revolutionising the development of medical data, the work of Chris Underhill and Josh Nesbit hold the potential to create high impact. If we are going to tackle the global health crisis, we need to look beyond the narrow roles of the state, business and patients to draw on our collective strengths, and social entrepreneurship may just hold the key.

This article is part of a series produced in collaboration by the Skoll Foundation and Ashoka, to coincide with the 2016 Skoll World Forum in Oxford, England. Follow the conversation at #SkollWF and #AshokaAtSkoll.