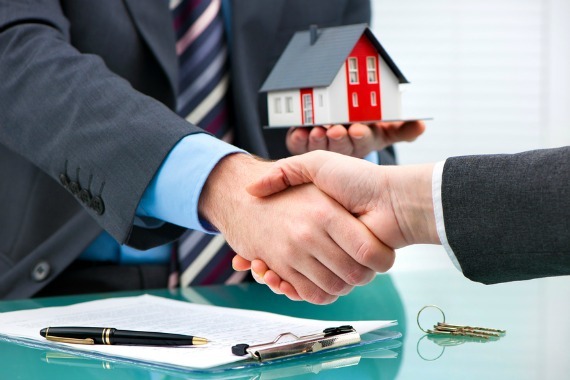 In 2010, I was at a low point in my life. I had lost my job in the mortgage industry and had been blackballed from working in the profession again. I reached out to my longtime friend and referral partner, Michael Reese and we met up at the Gengis Grill in Frisco, Texas. On that particular day, Mike was amped up. Now, he's an excitable guy anyway, but this day he was over the top.

He didn't know it, but I was there to ask him for a job. I had always admired his work ethic and I wanted to be a part of his team. As fate would have it, the "working for you" conversation never took place. Instead, we talked about the Internet and the future of real estate.

During the time we were talking, I just nodded and agreed with Mike, having no idea in the world what he was going on about, chatting about how he and his partner Jay Kinder were working on a way to streamline the real estate process by pairing online and offline processes together. Again, it was all gibberish to me, but it sounded interesting.

Flash forward six years to the moment I witnessed firsthand, the operation Jay and Mike had been dreaming of. It was just a few days ago that I was able to tour the National Association of Expert Advisors (NAEA) facilities in Dallas, Texas.

To say my mind was blown is an understatement.

I've seen my fair share of real estate operations. I've helped launch and run ads for some of the biggest real estate firms on the planet. Yet, I've never seen anything like the partner program Jay and Mike have created.

Nothing even comes close to what they've birthed.

Mr. Reese and Mr. Kinder have taken the monotony out of real estate. Matter of fact, they have automated all the work agents hate. Cold calls, email marketing, pipeline follow up, CRM management--the "hard work" has been removed from the equation through the use of Jay and Mike's business strategies.

The Kinder Reese model allows agents to focus on what they do best: real estate. When members of the NAEA partner program get a lead, it's a real live lead. Matter of fact, it's more than a lead. It's basically the handoff of a new client to the agent and the agent getting to work for them immediately.

This partner program is so game-changing, Mike and Jay plan on teaching the model and fully launching it at their upcoming Exponential Growth Summit (EGS) from October 9-11 in Dallas, Texas. Each year, Mike and Jay go all out with an amazing line of speakers, and this year, you can expect more of the same.

The current roster of speakers is the best to date. Darren Hardy from Success Magazine will come by and impart knowledge in his own amazing way. Dustin Black, CEO of Black Tie Moving, will be speaking on how he grew an idea into a multi-million dollar moving company in a crowded market, and in less than five years. Josh Altman of Million Dollar Listing Los Angeles will be discussing real estate investing and how to sell high-end properties. Several other top tier speakers are also on the schedule. I'm one of them! I'll be speaking on selling in the modern marketplace.

Jay and Mike are revolutionizing the fate of real estate by altering the course of how real estate is bought and sold.

Their vision is so far into the future, it will be years before the big brands catch on.

Keep your eyes and ears out for these guys. Mark my words, "They will change the game."