Much attention has been paid to the distributed clean energy revolution brewing in Bihar. But for all the hype generated by Minister Kumar, what's happening next door in Uttar Pradesh may be even more exciting. The state is quickly becoming a hotbed for distributed solar activity. Two companies OMC, and Mera Gao, are leading the way already reaching thousands of villagers with innovative solar mini-grid models. Now it appears these models have caught the attention of the UP government which recently announced a 1 GW solar policy. While much depends on how that policy is designed, what these companies are doing today is already putting UP at the forefront of India's attempts to deliver on energy access.

Let's start with OMC who is one of the first players making good on the promise to ditch the grid by delivering community power. To say they are leapfrogging the grid would be an understatement. They are not only ditching the grid, they are ditching wires all together by replacing them with people. Every day they charge hundreds of lanterns and Bijlee boxes (Hindi for electricity) at one of their solar stations which are then delivered by truck to neighboring villages. Their 'light wallah's' then pick the lanterns up in the morning to recharge. 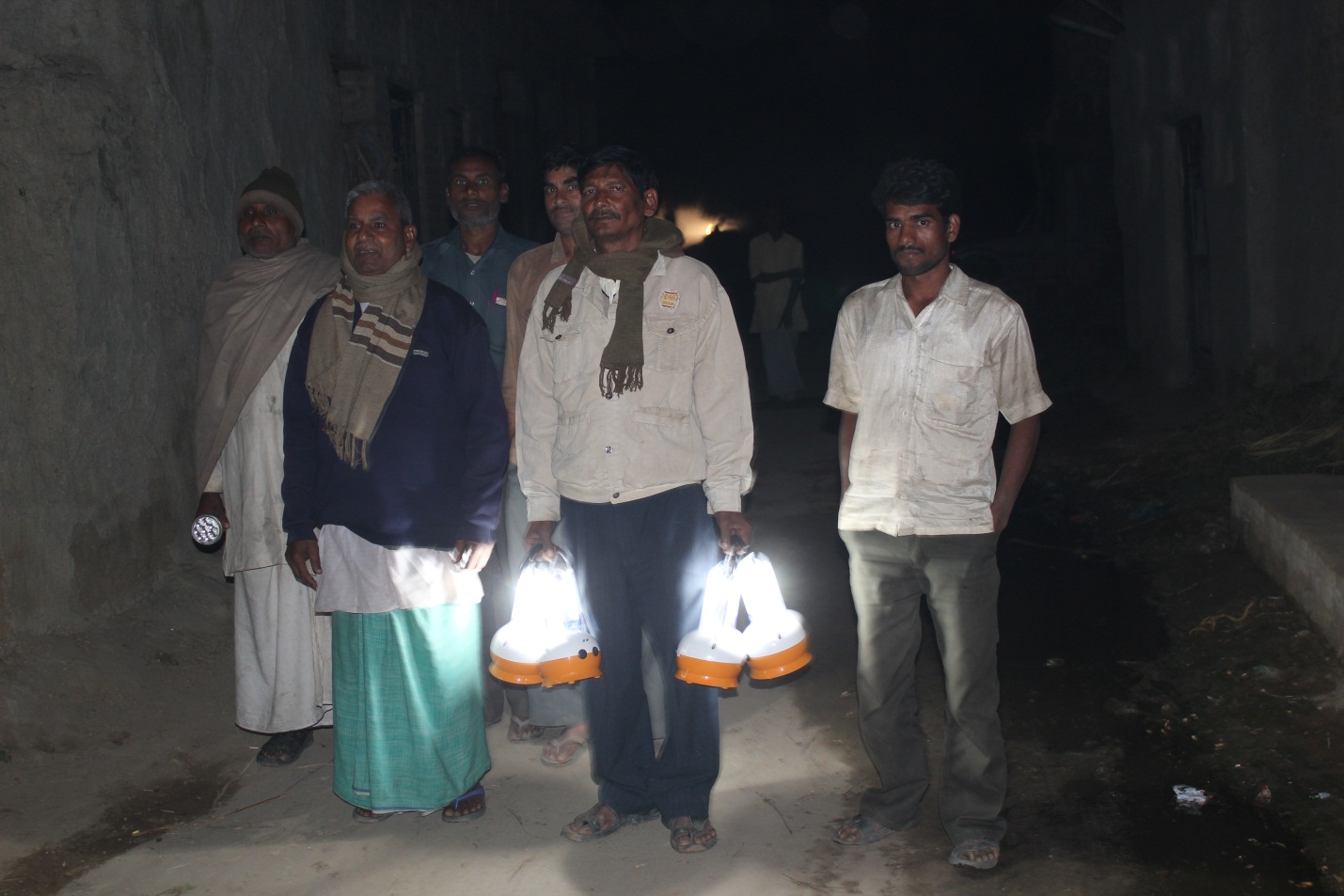 The best part, while financier after financier told them this would never work, the community power side of their business is booming, and far more important to their bottom line than serving the off-grid tower. In fact, within just a few months OMC is seeing its customers move up the energy ladder requesting new services like TV's, and Radios. But that's only the beginning. Power is an intervention that makes any number of transformative things possible and OMC has a number of innovations waiting in the wings so keep an eye on them. 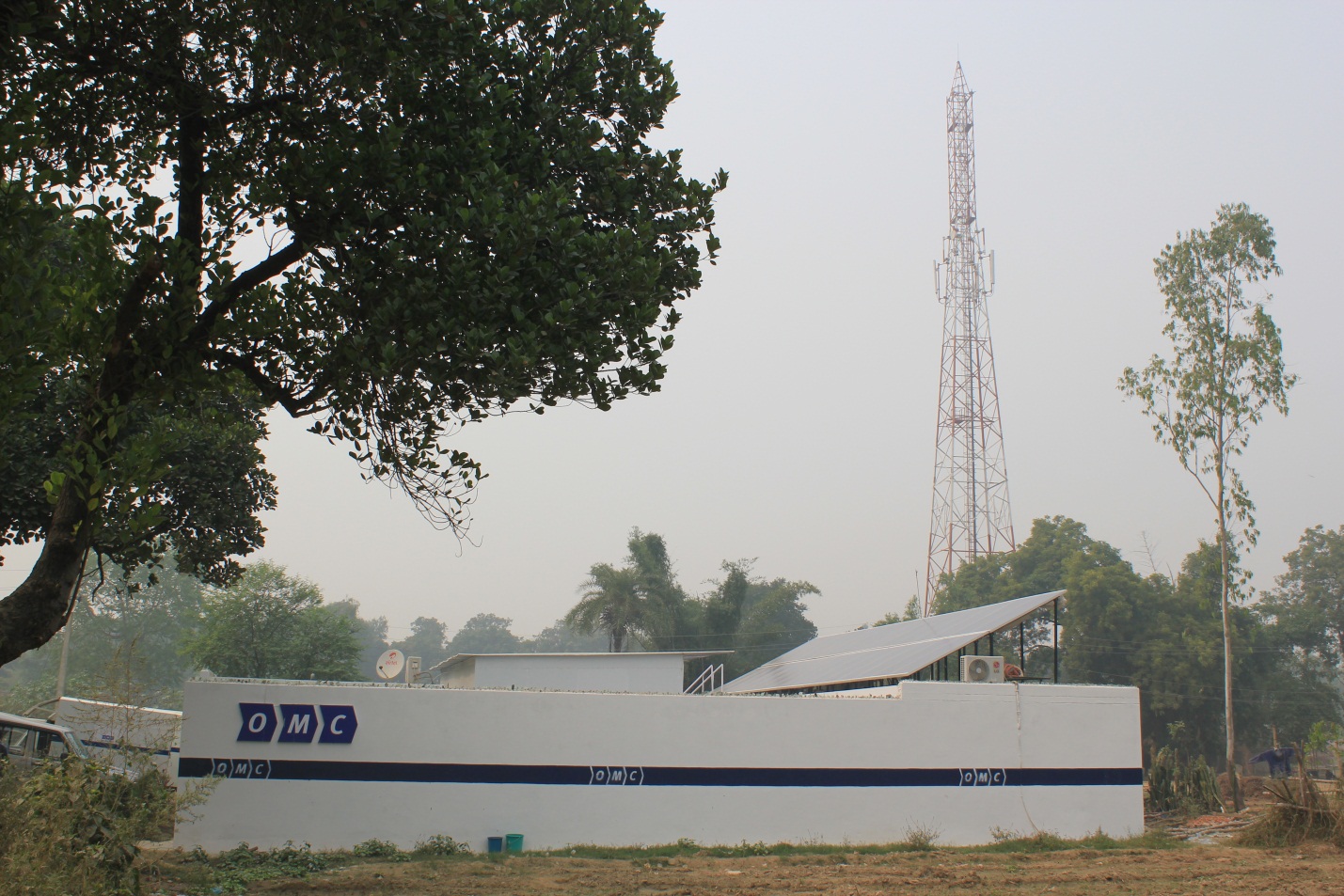 But even better than the impact they are having is how fast they are doing it. OMC estimates that a new plant takes 30 days to complete from start to finish. That's right one month. A new coal plant takes 5-7 years if you're lucky, costs billions, and the power never reaches UP. Oh and it creates just a handful of local jobs.

OMC on the other hand estimates its direct job creation at roughly 10-15 people per solar station. Just one of its solar stations is now serving nearly 1,000 households. But they have built five separate 9-18 Kw solar stations and plan to scale up to 350 plants in 2013. That means they'll reach over 5 million people the grid never would have no matter how many billions were poured into it. 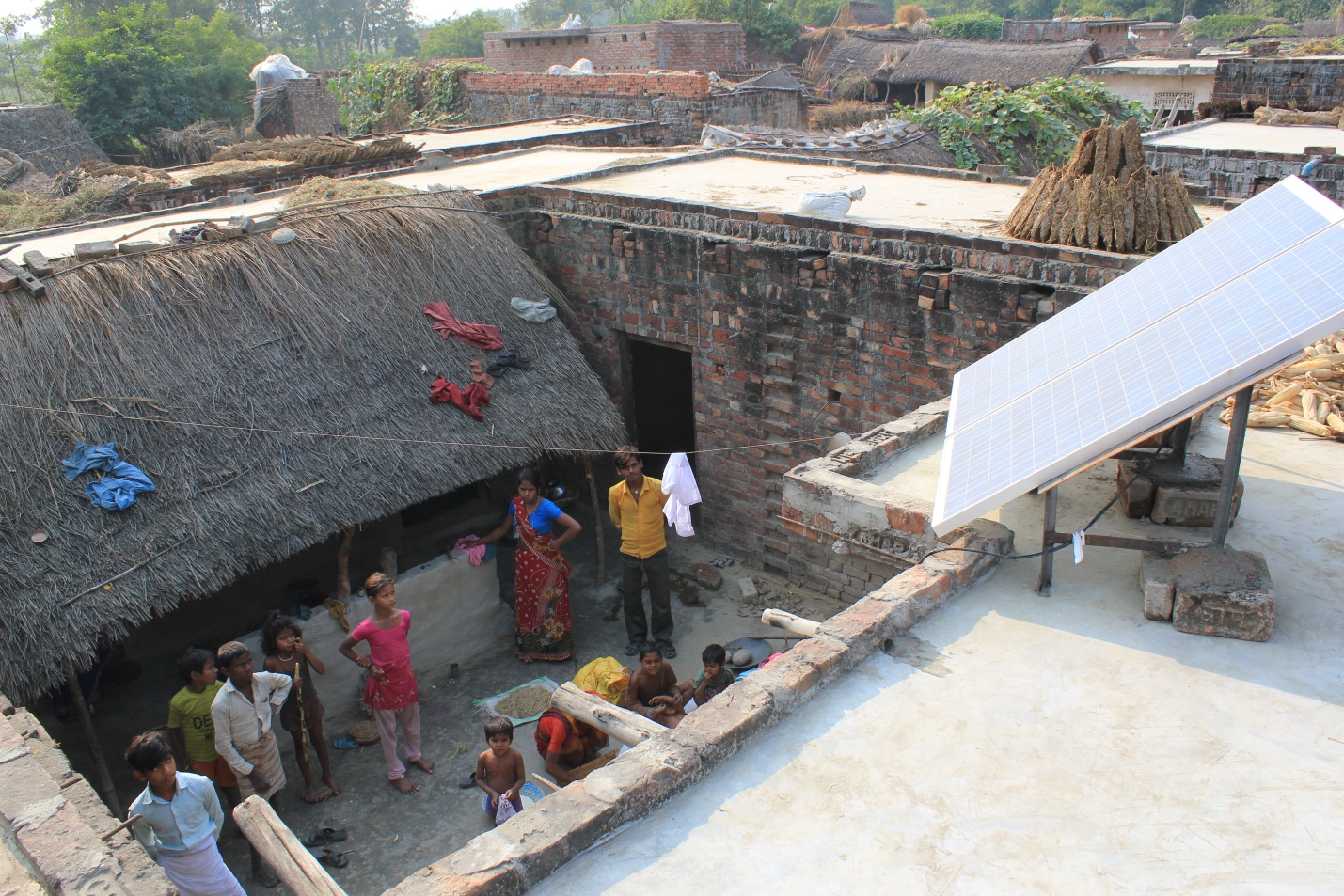 Given their scale the company thinks of themselves as a lighting utility demonstrating that differentiation is already taking place in the UP off grid solar market. It's important to note that the technological leap forward that made this model possible was the hyper efficient LED light which significantly reduces the size of all other components of the system. Efficiency first indeed.

While at first glance Mera Gao's scale may seem restrictive given that OMC's customers are already clamoring to climb up the energy ladder. But consider the serious advantages to operating at a smaller scale. Mera Gao's lightning quick installations and low capital costs makes them an incredibly nimble player capable of finally ending the scourge of kerosene.

But scale isn't the only unique component of Mera Gao's business. Just like Stima's operations in Africa, Mera Gao relies on social persuasion to ensure payment. If anyone on the mini-grid takes more than their fair share, or fails to pay, others on the grid will quickly rectify the situation; Because if they don't, their lights get turned off. It's a very smart and effective way to ensure payment and equity within the system.

It's worth noting that across the country in Kutch one of the largest complaints locals have against the enormous Tata Mundra plant is that cheap outside labor is brought in during the construction phase, while outside technical experts are brought in to run the project once it is built. That means locals get little to no employment benefit while they suffer the toxic pollution created by the plant.

Of course both companies told me that financier after financier told them this could never work. People would never pay, clean energy was too expensive, and the models made no sense. While these very serious people are busy financing a failing grid, OMC and Mera Gao are building a better world. First they ignore you then they laugh at you...

With OMC and Mera Gao taking UP into the 21st century UP is primed to leapfrog Bihar as the most attractive off grid market. It is a densely populated rural state with only 32% of its villages electrified and a huge population begging for power. More importantly, like Minister Kumar they are realizing that actually delivering energy access can help ensure their political future. That means supporting this fledgling industry and ensuring more and more solar mini-grids bring power to the people. When that happens, the world will wake up to see India with not one, but two states home to a total of 300 million people moving from darkness to light.