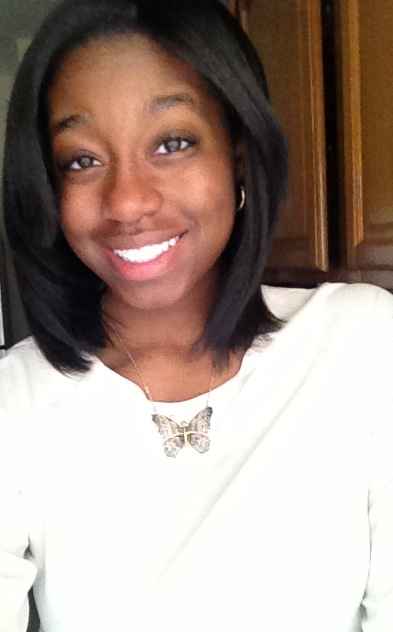 I was hit with the biggest tragedy of my life on Columbus Day of 2010. My mother died. I entered a new home and was thrown into a new, independent school in the middle of my sophomore year. However, the school no longer felt new when I was elected student body president two years later.

It still feels like yesterday when my mother said to me, four months before her death, "I have cancer," she managed to say with a shaking voice. "Don't tell anyone, Mo."

I honored her wish and went on with each day as if her hair weren't falling out more and more with each doctor's visit. I went on as if her skin wasn't changing to a lighter shade of brown. But we did everything that summer, my mother, little sister and I. We took trips to Coney Island, ate fried frog legs on the boardwalk, photographed silly moments by the Cyclone, barked with ecstatic sea lions, high-fived underwater polar bears through the glass, and as if it were fate's design, wore the same outfit to each event. Smiles and happiness swirled in the air above our heads as I pretended my mother wasn't diagnosed with Stage 4 kidney cancer and not a soul knew.

It was arduous and draining, pretending, but it felt like the right thing to do. People would always ask: "Hey, how's your mom?"

I'd simply respond, "She's fine..." without any description of her "fine" condition.

She died physically and I mentally. All of her friends swayed with my family and me in different pews at the funeral as we tried to rock ourselves into a state of stability. After the funeral, I was dragged out of my familiar life, separated from my little sister, who now lives with her dad, and pushed into my second home with my aunt, uncle, grandma and cousin.

After my impromptu move from Queens to Brooklyn, my life began to pick up speed as my aunt enrolled me at Elisabeth Irwin High School. Stepping through the glass doors of Elisabeth Irwin felt like stepping out of the chaos from public school and through the gates of heaven; showing me a world I was never able to see before. Immediately, you could sense the change of dynamics in the air. The size of my grade dropped from 200 to 40 and for the first time ever in school, I was in the minority as a black female. On my first day, I followed the small, bustling crowds while keeping my head down as I walked through the halls. But, with time, I acquired a close group of friends. Then in May of my junior year, I was nominated for student body president and won.

My new life was exciting! The saying goes: "Success happens with a jump start." But for me, it was a kick in the face by the angel of death. I would have never imagined living this life two years ago. But a child never wants his or her mother to go. I'm aware that I wouldn't be where I am now without the tragedy of my mother's death. But I'm glad that I'm succeeding instead of crashing. Through my mother's death, I was forced to grow up, forced to be strong, forced to move on. In moving on, I, for once in my life, reached for stars and actually caught one.

Monet Thibou, a 2013 graduate of the Little Red Schoolhouse and Elisabeth Irwin High School, will be a freshman at Sarah Lawrence College in the fall. More of her writing can also be found on her blog: insertsomethingdeep.wordpress.com.