(Reuters) - One winning ticket was sold in Indiana in the Mega Millions lottery on Friday, earning the jackpot worth $540 million, the seventh largest in U.S. lottery history, lottery officials said.

The Mega Millions game is played in 44 states, Washington, D.C. and the U.S. Virgin Islands.

The odds of winning the jackpot were one in nearly 259 million, as of Friday’s drawing.

Sales of the $1 tickets fund the hefty prize, which was worth $380 million on Friday evening if a winner chooses an immediate cash payout instead of payments over 30 years.

If no one hits the jackpot on Friday, the jackpot will roll to an estimated $630 million for next Tuesday’s drawing, which amounts to the fourth-largest jackpot in U.S. history.

Ticket sales typically increase as the prize grows, lottery officials said. The Mega Millions jackpot has been growing since early March, when a Washington state man snagged $157 million with a winning ticket bought in Seattle.

The current prize is the game’s biggest since December 2013, when holders of two tickets sold in California and Georgia shared a $648 million jackpot. The largest Mega Millions jackpot, worth $656 million, was sold the prior year.

(Reporting by Eric M. Johnson in Seattle and Brendan O’Brien in Milwaukee; Editing by Cynthia Osterman and Clarence Fernandez) 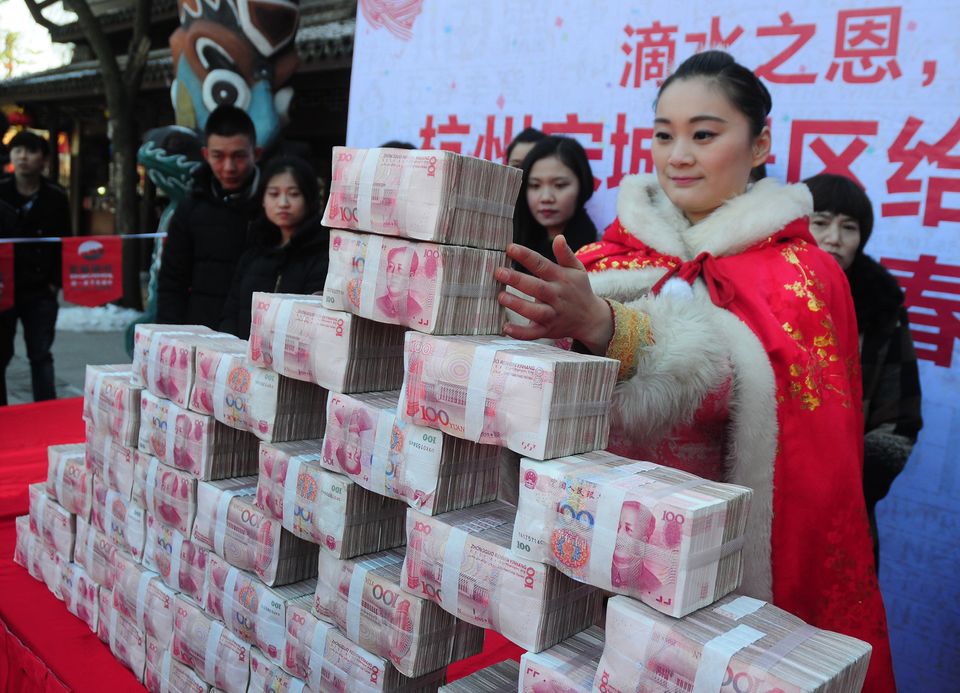 1 / 5
Stacks Of Money
Here are the stacks of money that will soon be swirling&nbsp;like foliage in a leaf blower.
Imaginechina