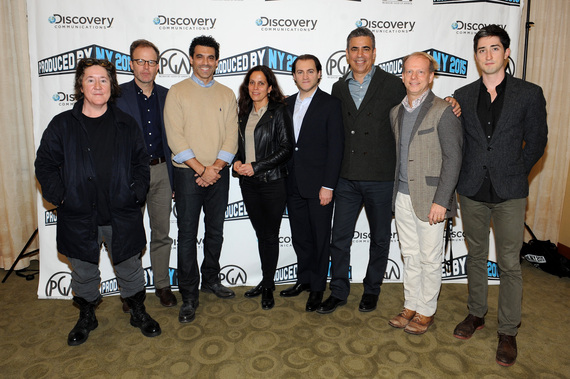 The best and the brightest of the entertainment industry gathered for the 2nd annual Produced By: New York (PBNY) conference on Saturday, October 24 hosted by Time Warner and HBO at the Time Warner Center.

The Producers Guild of America (PGA) event roster of lead players in show business shared valuable insights, career advice, expertise and inspiration in all facets of film, television and new media production. "Thanks to our unrivaled locations, state-of-the-art production facilities, and innovative film tax credit programs, New York's film production industry has stolen the spotlight, and we're pleased to welcome Produced By back to the state in celebration of the industry's success," added Gigi Semone, Executive Director of the Governor's Office for Motion Picture and Television Development. 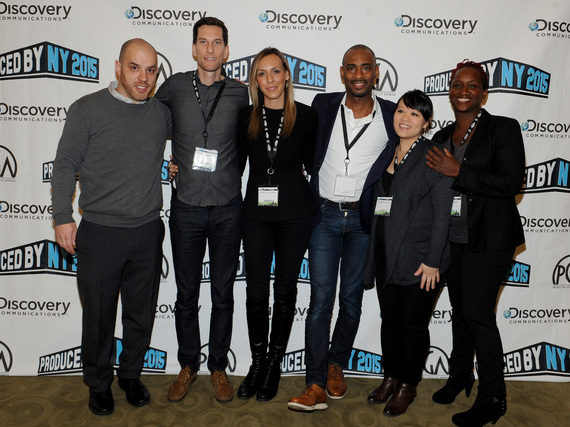 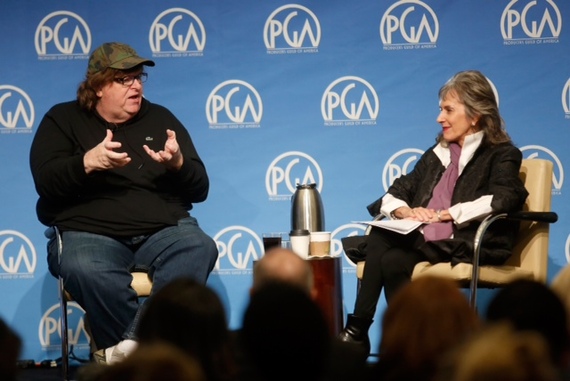 Lydia Dean Pilcher (The Lunch Box, Cutie and the Boxer, The Darjeeling Limited; Vice President, Motion Pictures Producers Guild of America) lead a lunchtime talk on Tactics for Equality and Diversity in Film. She introduced the Ms. Toolkit the PGA report on women driven film statistics. Lydia sharess, "One of the things that has stood out to me since the release is the importance of a section in the toolkit, "what is female storytelling?" In this section we address and exemplify the power of the storytellers behind the camera. In fact, this theme runs throughout the toolkit as we talk about all platforms for viewing content. Making visual content is a collaborative process, and --beyond directors, writers and producers-- everyone working on a film contributes to the story in often uncredited but defining ways. The Toolkit exposes this very real blind spot in Hollywood in terms of advancing female perspectives." 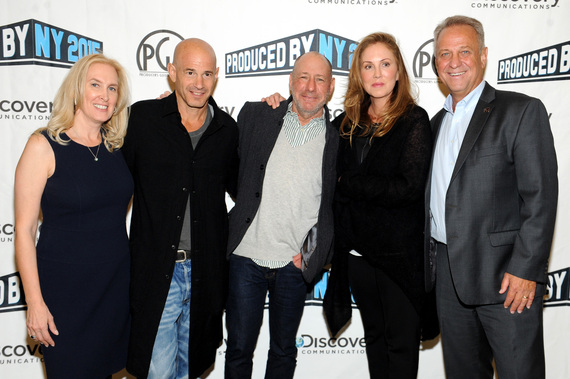 Startups for Producers: Building Your Media Empire from VC Funding to Achieving Your Vision panelist VC Steven Masur said, "I answer a lot of questions in my law practice about venture capital financing deals, and entertainment deals, but there was something special going on in this room. The energy was electric and the questions people had made clear that these producers are really hustling and make their productions happen. It was beautiful to see". Other sessions included The Power of Successful Creative Collaboration, The Truth Sells: New Opportunities in Documentary Features, Tomorrow's Tinsel: The Future of Film Financing, The Rise of Digital Content: Media, Channels, Brands Fix it in.... Prep? and The Value of Post-production Artists Early in the Process. 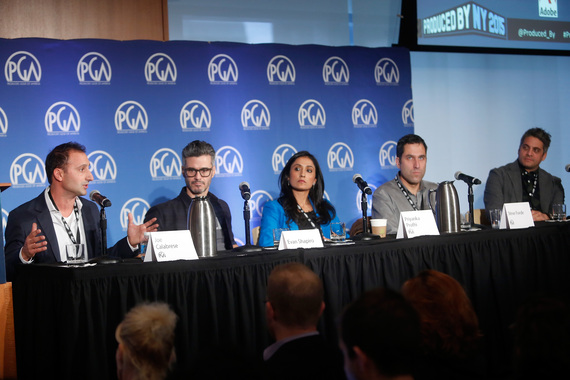 Over 600 people attended the conference sponsored by Discovery Communications which featured 21 sessions, panel discussions, mentoring roundtables, and workshops designed to assist producers in navigating the ever-changing world of producing and provide them with key insights into important industry topics. Breakfast, lunch and a cocktail reception at the Park Café provided attendees, speakers and sponsors for serious networking opportunities. 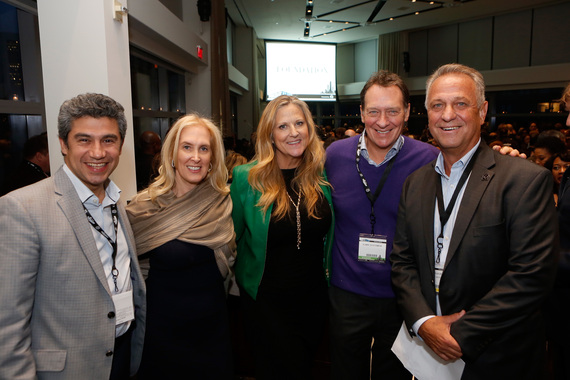 "At the Mayor's Office of Media and Entertainment, we're committed to helping the hundreds of productions that film in New York City and building on the thriving creative industry so we're thrilled to welcome Produced By once again," asserts Cynthia López, Commissioner of the Mayor's Office of Media and Entertainment in New York City and sponsor of the event. "The conversations and connections that take place during this conference are sure to inspire its participants and lead to new understandings and innovative collaborations in order to produce the highest quality content."