Megan Fox is still considered one of the hottest actresses in Hollywood, but sadly, that ranking might not last much longer.

The new mom, who gave birth to her first child, Noah, in September, opens up about her acting career in the March issue of Marie Claire U.K., revealing that her number one priority is her baby boy.

"I recognize the blessings when they come –- like, I recognize I’m so lucky to work with Judd [Apatow] –- but the ultimate satisfaction for me is being with my son," the 26-year-old "This Is 40" star explains. "All I wanted to do my whole, whole life was have a baby and, now, I’ve finally done it."

Fox admits that parenthood has taken the forefront and that her career is not as important to her anymore.

"It’s very hard for me to do this stuff, because I feel like this isn’t my job anymore. My job is to be with him," she says of her son, adding to Marie Claire, "I just want to give Noah as much of myself as I can. And I want to have more kids. That is where my heart is."

As for what her husband, Brian Austin Green, thinks, the fellow actor -- who hasn't been in the spotlight as of late -- would support his wife in whatever she decides.

"I just think we got lucky. I believe he’s my soulmate. But that doesn’t mean it doesn’t take work, because we are very, very different. But we are tolerant of each other and we try to be patient with each other, and I don’t try to turn him into me and he knows not to try to turn me into him," Fox explains of Green, 39, whom she married in 2010 after dating for about six years.

"He really is amazing," she adds, "I should never, ever even think about complaining." 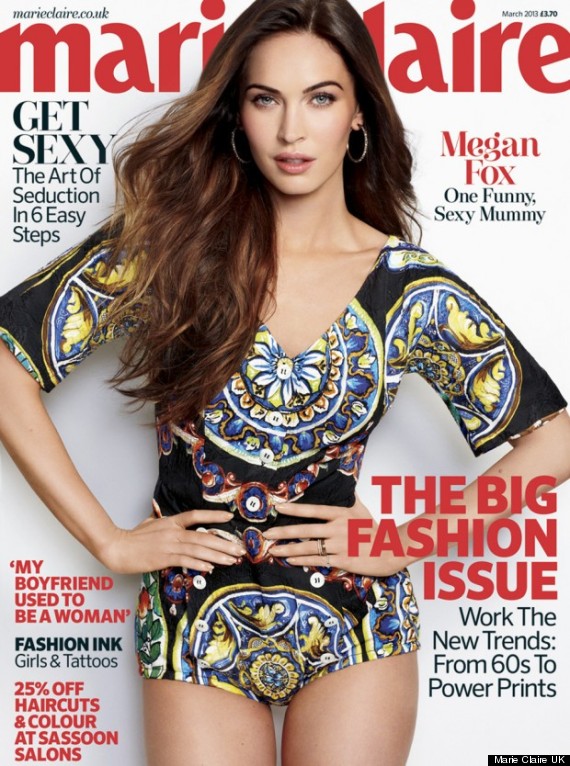 Megan Fox's Hollywood Career Over? New Mom Says 'My Job Is To Be With My Son'
Celebrity Babies 2014