"Smash" may have been canceled, but star Megan Hilty won't be off our screens long -- she'll return to NBC this fall with Sean Hayes' new comedy "Sean Saves the World."

NBC has released the first photos of Hilty as Liz, the co-worker and best friend of Hayes' character, Sean. The duo previously worked together on "Smash," in which their characters collaborated on a Broadway version of "Dangerous Liaisons."

Check out the photos of Hilty on "Sean Saves the World" below, and if you're still feeling nostalgic for "Smash," take a look at the Season 2 gag reel -- which also features plenty of Hayes.

Read the official description for "Sean Saves the World" below:

Sean's a divorced dad who's trying to juggle it all. From his overbearing boss and offbeat employees at work - to his pushy mom and weekends with his teenage daughter at home - handling it all is no easy task. So when Ellie, his 14-year-old bundle of joy, moves in full-time, it's a whole new challenge.

Never one to do anything halfway, Sean's intent on being the best dad ever - so he loads up on parenting how-to books and plans Pinterest-worthy family dinners. But it seems his company's new owner has decided Sean and his team should work longer hours, throwing a kink in his perfectly constructed homemaking plans. Ellie, a normal girl who wants to hang with her friends and eat on the run, sees this development as a plus. She loves her dad, but he's clearly going overboard.

From keeping his boss happy, his employees motivated and enduring his mother's tactless "advice" to raising a smart, grounded and healthy kid, it's going to be a growing experience, to say the least. But if anyone can swing it, it's Sean. 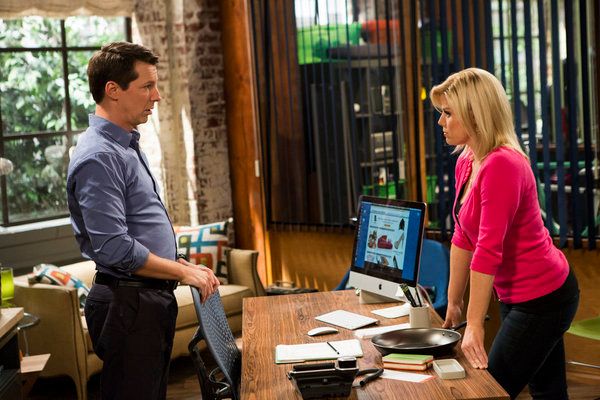