A federal appeals court on Friday overturned the sabotage charge against an 85-year-old nun and two other protesters who broke into a nuclear facility in Oak Ridge, Tennessee, in 2012.

The U.S. Court of Appeals for the 6th Circuit issued a 2-1 decision to uphold a conviction of injuring government property but overturn the more serious conviction of sabotage against Sister Megan Rice, 59-year-old Greg Boertje-Obed and 66-year-old Michael Walli.

The protesters broke into the Y-12 National Security Complex outside Knoxville in 2012 and spray-painted quotes from the Bible on its walls.

Rice is currently serving a prison sentence of 35 months but could walk free in a matter of weeks, her lawyers told NPR Wednesday.

"We felt from the moment we got this case that it was not properly charged," lawyer Marc Shapiro, who represented the protesters pro bono, told NPR. "[W]hatever one might say about their trespass or destruction of property that clearly their intent was not to injure the national defense," he said. 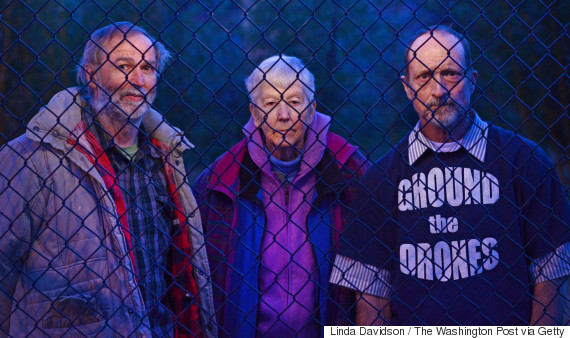 The court ruled the trio's nonviolent protest had not posed a threat to national security. The opinion read, in part:

If a defendant blew up a building used to manufacture components for nuclear weapons ... the government surely could demonstrate an adverse effect on the nation’s ability to attack or defend ... But vague platitudes about a facility's 'crucial role in the national defense' are not enough to convict a defendant of sabotage.

A judge sentenced Rice to 35 months in prison in February 2014 for breaking into the complex, one of the largest of its kind in the United States. The nun and her fellow activists cut 14-inch openings in the fence and spray-painted quotes from the Bible on the walls of a uranium enrichment facility. They also splashed a vial of human blood on the exterior.

"Please have no leniency with me," Rice said at the time of judge's ruling. "To remain in prison for the rest of my life would be the greatest gift you could give me."

In January, the New York Daily News revealed the harsh conditions in which Rice was living at the Metropolitan Detention Center in Brooklyn.

Court Overturns Nun's Sabotage Conviction For Nuclear Facility Break-In
Fun Nuns!
1 / 6
Singing Nun
The judges of singing competition "The Voice of Italy" couldn't believe their ears when they heard Sister Cristina Scuccia belting out Alicia Keys' "No One," but they were in for a greater shock when they saw what Scuccia looked like. &nbsp; <a href="https://www.huffpost.com/entry/nun-italy-the-voice_n_5002937">Read more here</a>