Meghan McCain called her Manhattan neighborhood “eviscerated” and a “war zone” on Tuesday ― and ended up getting owned by her neighbor in the process.

My neighborhood in Manhattan is eviscerated and looks like a war zone. DeBlasio and Cuomo are an utter disgrace. This is not America. Our leaders have abandoned us and continue to let great American cities burn to the ground and be destroyed. I never could have fathomed this

But McCain got pushback for the tweet from her self-identified neighbor Kristin Bartlett, a writer for the TBS series “Full Frontal.”

“We live in the same building, and I just walked outside. It’s fine,” said Bartlett.

Meghan, we live in the same building, and I just walked outside. It’s fine. https://t.co/ZvwNrjL6P7

Amid the ongoing protests sparked by the police killing of George Floyd, there has been property damage and stealing in some parts of New York (and other cities). McCain did not name her neighborhood.

Bartlett’s quick response inspired the type of fervor on Twitter that hasn’t been seen since, well, various “Glee” cast members called out Lea Michele for making the production of that show “a living hell.” (For those keeping score, that was Monday night.)

Many people appreciated Bartlett for calling out McCain’s hyperbolic tweet.

Thank you for shutting down her lies. To read McCain's tweet, it sounds like she's describing London after the blitz. Manhattan is standing and very much not on fire. I've had it with these GOP apologists. #GOP #GOPComplicit

lmao. my sister lives there too. "there's nothing to loot by us"

This is one of the most thorough, yet concise, ownings I have ever seen. It also cements Meghan in the same place as all of the other conservatives trying to save face now that their Party is owned by Trump. You’re either with us or against us. No more playing both sides.

Others gave credit ― sarcastic, of course ― to McCain.

thank you, meghan, for reminding me of one of my very favorite tweets pic.twitter.com/riQ2oeTO6w

One person tried to put herself in McCain’s shoes.

meghan had to wait 29 minutes for her pf chang’s order despite telling grubhub twice who her father is, so it’s obviously not fine, kristen

Others just enjoyed the clapback.

Now this is a Nextdoor page I'd love to see. pic.twitter.com/puhJtou7cA

But one tweet may have put things in proper perspective.

Looks like @MeghanMcCain just got eviscerated but the rest of Manhattan is fine.

McCain hadn’t publicly responded to Bartlett’s tweet as of mid-Tuesday. 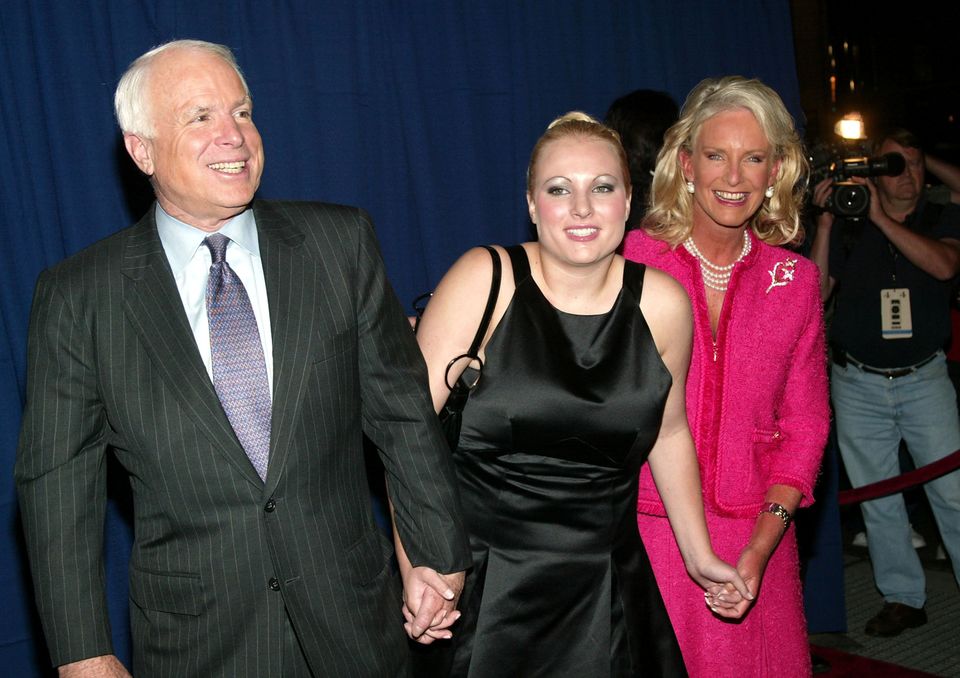