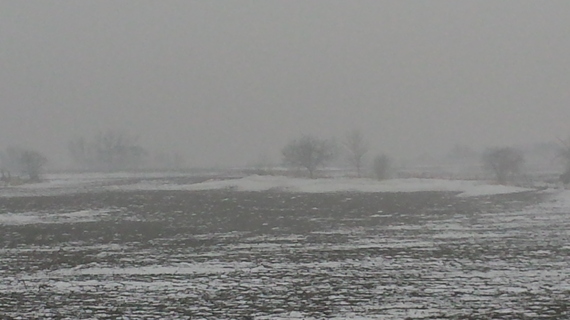 That antiquated term for depression conjures an impeccably tailored woman draped languidly along a velvet chaise lounge, the back of her hand splayed against her forehead. Her hair is perfection, piled high. A lace curtain flutters from the window behind her. Almost certainly beautiful music is playing.

Let's enter the real world now: When I'm in depression's grip I have not the energy or the inclination to run a comb through my hair, let alone present myself respectably.

Depression is also called unhappiness. But depression is so much more than simply being sad. It is more complex and far more punishing. Left untreated, it takes no prisoners. It is a formidable enemy and one we underestimate and ignore at our peril. It shatters dreams, destroys potential, ruins lives, and in the worst of cases, ends them.

It's been characterized through the ages by both the famous and infamous. Sylvia Plath said it felt like being trapped in a bell jar. Country singers croon about their plain old blues. Black dogs is commonly attributed to Winston Churchill, but it's not mean enough: The dogs would have to be rabid, loose, starved. The slough of despond from John Bunyan's allegory The Pilgrim's Progress sounds almost like a poetic interlude. The mean reds was how the character Holly Golightly differentiated it from garden variety sadness in Truman Capote's novel Breakfast at Tiffany's. From William Styron came Darkness Visible, also the title of his brilliant, harrowing memoir of madness.

Dick Cavett may have described depression's desolation best, calling it "the worst agony devised for man." He has candidly shared his relentless battle with it, narrative fueled by his classic wit. In his New York Times opinion piece "Smiling Through," he said: "When you're downed by this affliction, if there were a curative magic wand on the table eight feet away, it would be too much trouble to go over and pick it up."

For me it's a thief, the sorriest kind. It steals my wit, my smile, my every trace of ease, my very heart. It's wilier than me, and stronger. And it turns out my lights before it leaves.

It's impossible to over-dramatize the wreckage depression causes. Stories of its damage can be unearthed in most families. It is estimated that 350 million suffer worldwide. It stands alone as the leading cause of disability in the world. According to the World Health Organization's October 15th Fact Sheet, astonishingly, over 800,000 die due to suicide every year.

Symptoms vary but there are constants. First, the physical senses diminish. Everything in the world seems to go a bit blurry at the edges. Your hearing and sight may not actually diminish but it seems that way. Your interest and enthusiasm in all things wanes and inevitably becomes non-existent. All efforts seem geared to escape contact with others, because it demands vigor you simply can't muster. Phone calls and emails are disturbances to be avoided. World news is of no consequence to you. Favorite songs become simply too painful to listen to as they only remind you of happy times that now seem utterly unimaginable.

Making a piece of toast is an achievement. Focus is a thing of the past. You find yourself staring out a window and realize suddenly that an hour has lapsed, and you were entirely unaware.

I was in a car wash yesterday, the huge brushes slapping against the car wildly, all the windows fogged up. It struck me as a good metaphor of the separateness depression creates, the alien-like feelings, the awareness that everyone out there is actually living a life, capable of action and experiencing pleasure, while you are removed, remote, engulfed in a cocoon not of your own making.

I have witnessed depression's toll close hand. When he was well, my Uncle Bill was a vibrant man, a brilliant, self-educated entrepreneur who traveled the world and came to know its workings. But depression consumed him for much of his life, and he drank heavily to quieten his demons. He died of alcoholism in his 50's, tragically, alone.

My Uncle Alec lived most of his life as a solitary figure. My aunt told me that strolling the beach with him once he told her straightforwardly that "if it ever got too much" for him he would simply "walk into the Irish Sea." This is undoubtedly what he did not long after. A letter in his distinctive script was found in his carpentry shop in Brighton, leaving everything to his young apprentice. No one ever saw Alec again. There have been other family suicides.

What I describe here is untreated depression. The good news is that modern drugs are extraordinarily effective at treating the illness with inventive approaches and solutions surfacing daily. Researchers at McLean Hospital in Boston reported in a recent issue of Biological Psychiatry that individuals with major depressive disorders and bipolar disorder who received low-field magnetic stimulation (LFMS) showed immediate and substantial mood improvement and, encouragingly, with no side effects yet reported.

As an SSRI devotee I have gone up and down in dosage over the years but resist going off it entirely. I will do whatever is in my power not to descend into that abyss ever again. When I'm feeling well I stay on a low dosage and monitor things closely. I have dark days, an underlying pervasive sadness that it seems no medicine can eradicate. But this is an integral part of who I am, as much as my being left-handed or redheaded. My melancholy is where my poetry resides, my empathy, my refusal to judge people too quickly.

Being in my company you might never know I suffer. I am generally happy, curious, a bit hyper, and absolutely love to make people laugh. The afflicted among us become exceedingly adept at obscuring our feelings. We must, after all, function in the world. It has shown me we never know what another person is carrying. The poet Longfellow expressed it impeccably: "Every man has his secret sorrows which the world knows not; and often times we call a man cold when he is only sad."

My blues will continue to come and go. My depression is DNA-deep, traceable in my family history. I realize how fortunate I am in that mine is largely treatable.

On those gray days when my despair is palpable it seems such a high price. But on my good days, oh, those glorious, delicious, good days, of which there are many, you will quite often catch me singing.

Photo by the author.

How To Manage Fear Around COVID While Still Saying Safe