Santa Claus is going to have a devil of a time getting Melania Trump what she wants for Christmas, thanks to her husband.

On Thursday, the first lady visited Children’s National Hospital in Washington, D.C., to cheer up the kids, according to the Daily Beast. Besides reading aloud The Polar Express, she answered some questions, including one from a little girl named Sammy, who wanted to know what was on the first lady’s Christmas list, according to Anita Kumar, a White House correspondent for McClatchy Newspapers.

The list apparently does not mention easily gift-wrapped things like jewels or clothing, but does include a lot of global goals.

.@FLOTUS was asked by a little girl named Sammy what she asked Santa Claus for. "Peace on the world, health, love, kindness,” she responded.

That’s a hard list to fulfill at any time, but Melania Trump’s husband is making Santa’s job even more challenging this Christmas. Let’s go through the list:

‘Peace On The World’

Where do we begin? Just this week, President Donald Trump decided to recognize Jerusalem as Israel’s capital, a move that his own experts fear will inflame Middle East tensions, derail Israeli-Palestinian peace efforts and endanger American diplomats and troops stationed in the Middle East and Muslim nations.

Trump also told the United Nations that he would “totally destroy” North Korea if its leader, Kim Jong Un, threatened the U.S.

And his proposed border wall isn’t likely to bring peace closer to home. Instead, it will hurt relations with Mexico, an ally and one of the biggest trading partners for the U.S.

Melania Trump may be fit as a fiddle, but her husband is actively working to sabotage the Affordable Care Act, which could destabilize insurance markets and make coverage much more expensive or even unavailable to some small businesses and individuals, especially those with serious medical problems.

We won’t speculate on how the first couple get along in private, but will note there have several articles about the body language between them.

And it’s fair to say that many Americans ― women, people of color, the LGBTQ community ― aren’t feeling the love from Trump administration policies that seem to say their problems aren’t his.

This is almost too easy. For every time Melania Trump has spoken out against bullying, there are at least 10 tweets where the president has insulted someone else.

Hey, we’d love for the first lady to get her Christmas wishes. We’re just saying the big guy in the red suit has his work cut out for him.

No wonder she told one child that her ideal holiday would be spent “on a deserted island,” though she was quick to add “with my family.”

Donald Trump Is Making It Hard For Santa Claus To Fulfill Melania's Christmas List
Melania and Fur: A Retrospective 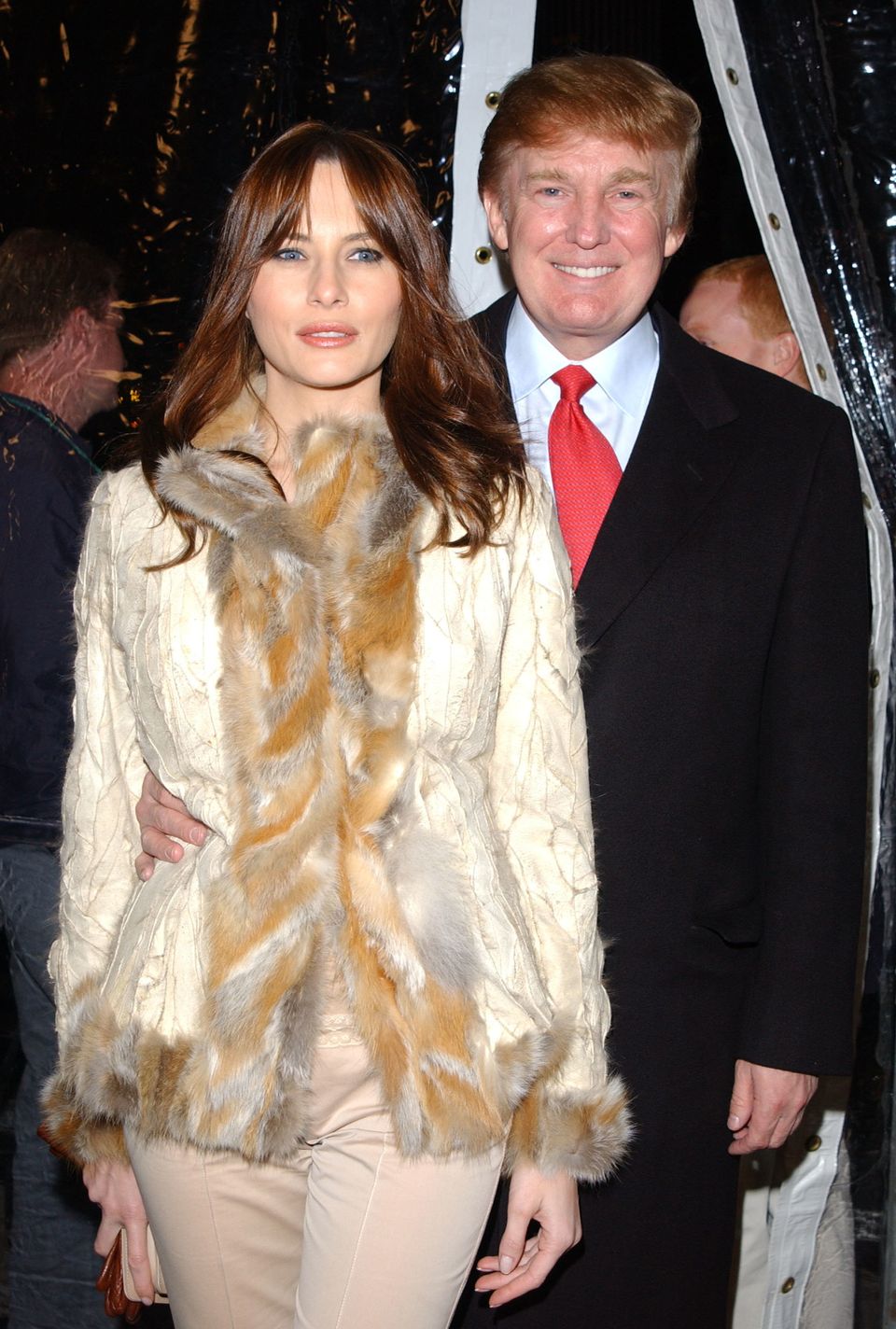