Melania Trump may have been America’s first lady, but some of her alleged behavior reminded her former press secretary of France’s Queen Marie Antoinette.

Stephanie Grisham, who served as chief of staff to Trump and a White House press secretary in the Trump administration, is speaking out against her former boss in an upcoming book, “I’ll Take Your Questions Now: What I Saw at the Trump White House.”

Grisham worked for Donald Trump’s campaign starting in 2015, and resigned in the aftermath of the Jan. 6 insurrection earlier this year. Despite the book’s title, she never actually held a press briefing where she took questions from reporters.

According to an advance copy of her book obtained by Politico, after a riot broke out at the U.S. Capitol, Grisham texted the then-first lady and asked if she wanted to tweet that “peaceful protests are the right of every American, but there is no place for lawlessness and violence.”

Grisham says she was shocked by the first lady’s reply. “No,” Trump allegedly wrote. At the time, she was busy with a photo shoot of a rug she’d selected.

Grisham writes that Trump’s alleged text response “broke” her, since she had previously defended the first lady against accusations that she was like Marie Antoinette ― the French queen popularly remembered as indifferent to the plight of the country’s poor.

Now, Grisham reportedly writes that the former first lady is in fact a lot like “the doomed French queen. Dismissive. Defeated. Detached.”

Five days after the Capitol riot, Melania Trump did release a statement condemning “the violence” that took place on Jan. 6, while also denouncing “salacious gossip, unwarranted personal attacks, and false misleading accusations on me.”

Grisham writes that she was also frustrated by Trump’s support of her husband’s false claims that the 2020 election was rigged. When Grisham tried to tell her boss that there was no grand conspiracy to remove her husband, she says, Melania kept insisting that “something bad happened” to delegitimize the election.

As a result, Melania refused to consider inviting future first lady Jill Biden to the White House for the traditional transitional tea.

Melania Trump’s office issued a statement to Politico on Monday condemning Grisham’s book as “an attempt to redeem herself after a poor performance as press secretary, failed personal relationships, and unprofessional behavior in the White House.”

“Through mistruth and betrayal, [Grisham] seeks to gain relevance and money at the expense of Mrs. Trump,” the statement read.

“I’ll Take Your Questions Now: What I Saw at the Trump White House” is set to be published Oct. 5. 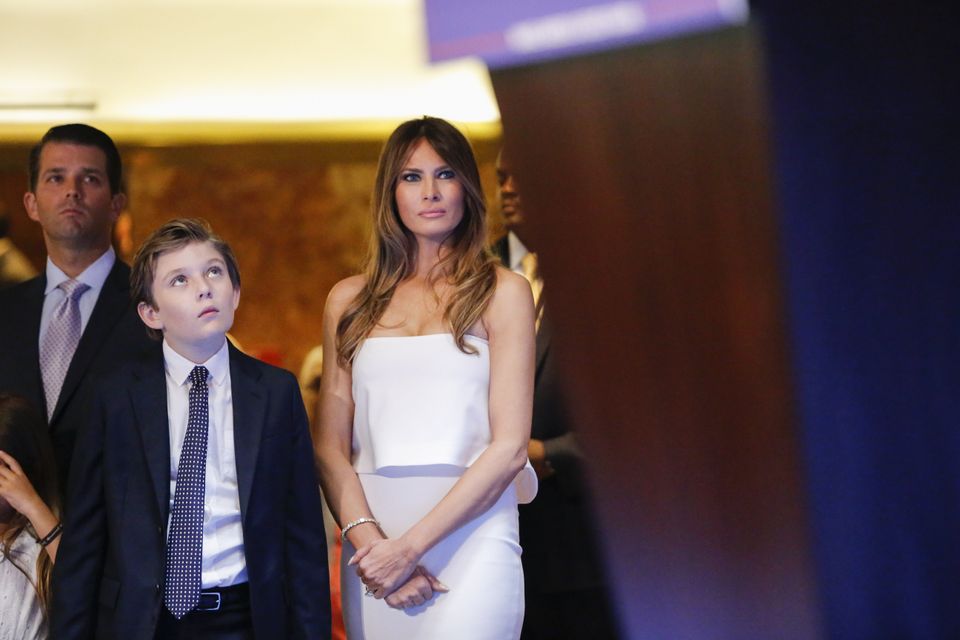