Melanie Griffith is erasing Antonio Banderas from another part of her life following their split.

The 56-year-old actress arrived on the red carpet at Italy's Taormina Film Festival on Tuesday, June 17, with her "Antonio" arm tattoo covered up. Us Weekly noted she likely used makeup to conceal her estranged husband's name within a heart inked on her right arm.

Rumors of trouble in paradise circulated back in 2012 after Banderas was accused of cheating on Griffith. At the time, sources denied a split was coming. On June 6, things finally came to an end when Griffith filed for divorce citing irreconcilable differences after 18 years of marriage.

"We have thoughtfully and consensually decided to finalize our almost 20 years marriage in a loving and friendly manner honoring and respecting each other, our family and friends and the beautiful time we have spent together," a rep for the couple said in a statement to The Huffington Post. 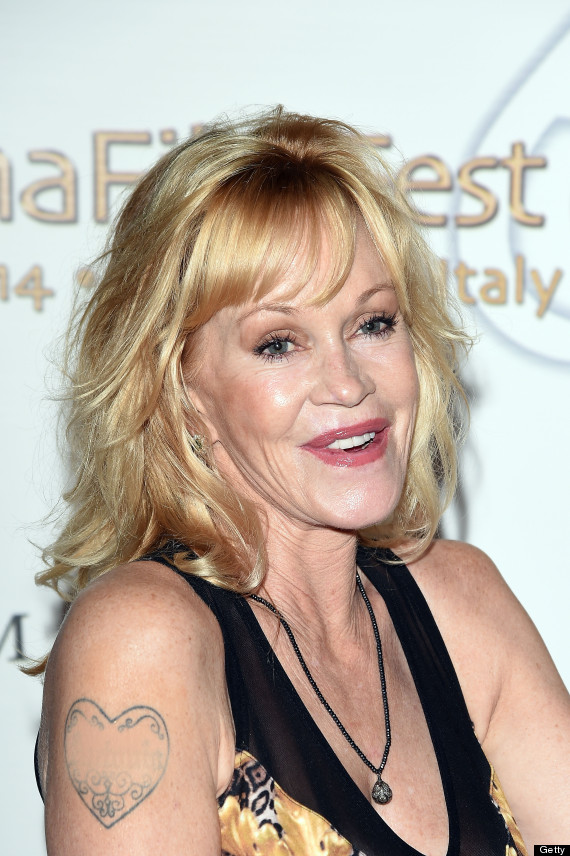