This story originally ran on Slate.

Through formal portraiture mixed with plastic flowers, images from Playgirl magazine, reference to nightshade potions, and other source material, Melanie Willhide’s series “Henbane for Honey Bun” takes a hallucinatory look at the ways in which we look at women. 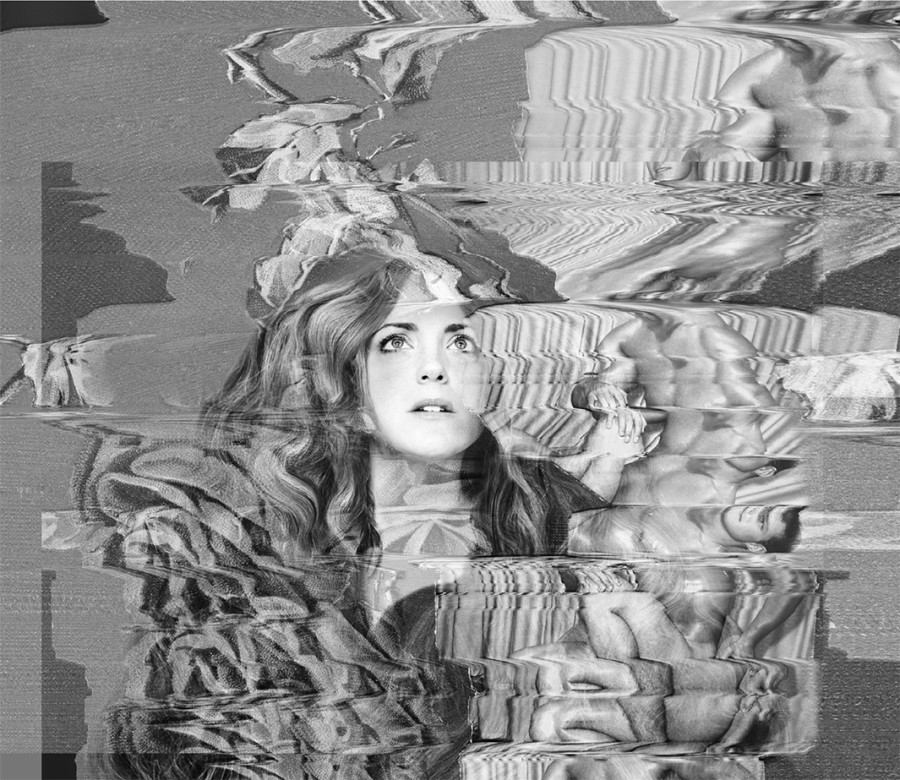 The series took root, so to speak, a couple of years ago when Willhide began photographing flowers. At the same time, she was also making portraits of women in her life she felt were fascinating beyond their physical beauty.

Willhide, who is in her late 30s and a native East Coaster, was also beginning to feel as if she were being forced outside the realm of visibility in Los Angeles.

“The way people address me has shifted—people call me ma’am now—and there is a level of anonymity, even invisibility, since I also don’t work in the industry,” she said.

She visited the arts and crafts store Moskatels in Los Angeles, a place where “everything natural is made out of plastic” and began photographing artificial flowers, mixing them into the portraits of women.

“I started to create compositions that are part fake flower, part female subject. One never ages and never dies, and the other is subject to the culture of youth and perfection."

She also bought a decade’s worth of Playgirl magazines, thinking of the ways in which women’s fantasies played out in the magazine, and started sourcing some of the images into the portraits.

Once the images began to take shape, Willhide showed them to a friend who commented on the shifting cultural references represented in the portraits.

“In these images there are various pop culture references for the viewer to engage with, which is in many ways what I intend, but ultimately it is my hope the subjects transcend the points of reference. There is a moment when you realize the human element, a struggle, a person like all of us who is aging and full of desire.”

Willhide, whose previous series, “To Adrian Rodriguez, With Love,” was featured on Slate last year, said working on the project is intuitive, shaped from a place of feeling where after a lot of trial and error, the images begin to feel right to her.

“The language reveals its meaning at a certain point,” she said about her work. “I hate the beginning (of a project). It is so painful, alone in my studio on the hill, surrounded by houses filled with cowboys and Cal Tech professors—and having only my dog to show my work to, but when the cake starts baking, that’s the exciting part for me.”

Willhide titled the series “Henbane for Honey Bun” as a nod to “flying ointments,” or salves that are infused with psychoactive herbs or plants (such as Henbane) to transport the user into a hallucinatory state.

Willhide will show the work at the Von Lintel Gallery in Los Angeles opening Sept. 6.