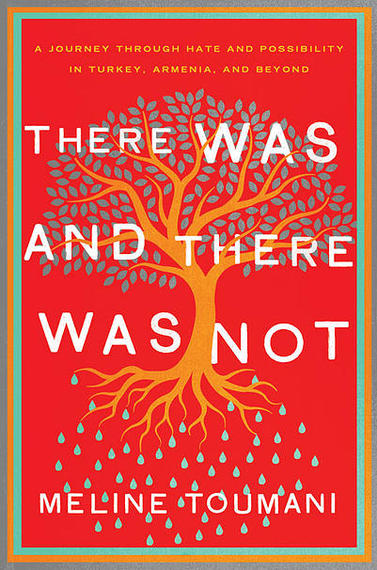 Meline Toumani's puzzling and sometimes maddening first book There Was and There Was Not: A Journey Through Hate and Possibility in Turkey, Armenia and Beyond purports to analyze the hatred still separating Armenians and Turks on the eve of the one hundredth commemoration of the Armenian Genocide. The biggest problem with the exposé lies perhaps in Toumani's underlying assumptions, i.e. that Armenians and Turks all hate each other and in equating victim and perpetrator. Toumani is usually a fluid writer, but here she gets lost in an often muddled and contradictory analysis.

The author has a point when it comes to Genocide obsession among certain Armenians, though by this late date, it is no longer a particularly original one. Armenians as a group do spend a lot of time talking about and trying to convince the world of the terrors they experienced from 1915 to 1923 when the Ottoman Turks massacred some 1.5 million Armenians along with another 1.5 million Christian Assyrian and Pontic Greeks. For over a decade, others have made the same point that Toumani makes and more eloquently. Curator Neery Melkonian, for one, has said time and again that the Armenian obsession with genocide hinders their ability to move forward as a progressive people and reach their true, brilliant potential. And theorist Marc Nichanian has argued that it is demeaning to keep begging the world for recognition: everyone, including those Turks who really want to know, are aware of what really happened from 1915 to 1923 -- the Armenian Genocide was amply documented and written about when it happened and afterwards for the last century.

At times, Toumani's book seems to be more of an exposé of her own insecurities and shame. She reproduces often demeaning stereotypes about Armenian physical appearance, cultural traditions and all manner of details that she would be taken to harsh task for were she writing about another ethnic group. And after all, why shouldn't Armenians in the far-flung diaspora obsess about the Armenian genocide, one may justifiably ask? Unlike the Jews and the terrifying Holocaust of WWII for example, the Armenian Genocide has never been properly acknowledged and lost property, money and trauma never compensated by its perpetrator, the Turkish government. The glowing reception that her book has received in the press seems to buttress those who argue that the publishing world sometimes works in lockstep with mainstream elites and governmental structures who have tried their best to get Armenians to lay down their claims to reparations and thus appease the often aggressively denialist governments of the modern-day Republic of Turkey.

After recounting how embarrassed she was growing up by all manner of things Armenian, Toumani recounts her two-year stay in Turkey where she meets Turks who -- what do you know -- seem human after all. They are not grotesque aliens, Klingons dead-set on devouring Christian children. But who ever thought they were? Toumani spends time in Armenia as well. Upon arriving with a friend in Yerevan, the country's capital, she writes: "I was embarrassed. I had lured Gretchen along by telling her that Yerevan was a beautiful city. But the city I saw now looked shabby and grim on that first glance into the haze." (p199) Yerevan is a fact a pleasant mid-sized city of pink tuff stone increasingly dotted with modern western-style constructions. In what parallel cultural universe, one wonders, did Toumani ever expect Yerevan, a city built by half-starved and tubercular genocide survivors, to equal Istanbul the former capital of Byzantium, a city of twelve million lining the Bosphorus?

Early on in her book, the author describes some perhaps lamentable scenes at an Armenian summer camp in Massachusetts run by the nationalist Tashnag party. At one point, a howling room of swarthy teenagers scream at each other in support of or against the Lisbon Five, a group of Armenian terrorists who, in a botched 1983 attempt to blow up the Turkish Ambassador to Portugal, blew themselves up instead -- along with the Ambassador's wife and a Portuguese police officer: "-An eye for an eye! -The ends justify the means!...I noticed a young camper, Julie, weeping quietly while her friend rubbed her back -- but then Julie was always crying about something...As the debate continued, things grew chaotic. A folded-up metal chair slid to the ground with a clatter...The glass in the sliding doors fogged up. Younger kids squirmed as the older campers and counselors argued on. Some said the men were martyrs and that Turkish denial of the genocide was too powerful for softer measures." (p17-18) These people, Meline contends, are somehow emblematic of the average Armenian viewpoint. But who in their right mind would ever defend blowing up innocent people in the name of any cause?

Had Toumani instead attended St Gregory's, another summer camp in Cape Cod run by Mekhitarist priests, she would have found the emphasis was on religion. At Camp Nubar, a wildly popular camp in the Catskills run by the somewhat bourgeois parekordzagan or Ramgavar-affiliated AGBU, the emphasis was on togetherness and fun. (For the record, I attended all three). It is not my intention here to argue which "version" of Armenian life or identity is preferable or even which one I subscribe to, if any. I am perfectly able to think for myself as are most of my Armenian friends and colleagues. I have always had Turkish friends and as a Harvard undergrad, I dated a Turkish girl who later became a career denialist and Turkish diplomat. Frustration at the Turkish Government's refusal to do the right thing, I have always felt. Hope that one day the two people would reconcile, I have always wished for. Hate, however, was never part of the equation.

Another example of journalistic bad faith. Toumani grew speaking Eastern Armenian as opposed to Western Armenian like most Armenian-Americans: one dialect's "t" is another's "d" for example, so that when she heard the term "Hai Tad" ("Armenian Cause") at camp she didn't at first understand that it meant "Hai Dat," as Iranian-Armenians pronounce it. Do Hai Tad and Hai Dat really sound so different?: "Thus the words Hai Tahd did not communicate anything to me. I sometimes imagined my elementary school classmate, Todd Twersky, showing up unannounced at the perimeter of the campground. Hi, Tod." (p16) I didn't speak a word of Armenian when I attended Camp Haiastan, but I never once confused Hai Tad with any boy named Tod, and I find it hard to believe anyone else ever did either.

Though I staunchly believe in the need for an apology from Turkey and proper reparations, the Armenian Genocide is not something that keeps me up at night. I suspect most Armenians are more similar to me than the caricatured nationalists Toumani describes in her book. Her apparent inability to comprehend the feelings of Istanbul Armenians who are trapped between a cultural rock and a hard place -- neither Turkish enough for Turks nor Armenian enough for Armenians -- also begs credulity for someone so bright and well-educated as she. And when she doesn't get the acknowledgment from ethnic Turks that she was hoping in Turkey, Toumani admits to being more confused than before she left.

In the end Toumani's book would have been more honest and effective had she titled it: "Ultra-Nationalism and its Discontents" and simply studied some of the Armenian community's more right-wing members. That her book was published in 2015 seems particularly insensitive, as if she were trying to rub salt in the wounds of collective Armenian memory. The ultimate irony of course is that of all the thousands of topics Armenian and non-Armenian that Toumani could have chosen to dedicate her first book to, she chose what else, but the very one she claims to be trying to distance herself from.