UPDATE: 9:10 p.m. -- Authorities in Vermont believe they have found the body of Melissa Jenkins, a missing school teacher whose SUV was found abandoned along the side of a road with her 2-year-old child alone inside.

While checking remote pull-offs in the greater St. Johnsbury area, Vermont State Police located a suspicious area off of Comerford Dam Road in the Town of Barnet. Upon further investigation, detectives located a body determined to be that of a young adult female. Authorities have not elaborated further on the discovery.

The body has been transported to the Office of the Chief Medical Examiner in Burlington, where an autopsy is scheduled to be performed on Tuesday. According to Vermont State Police Major Ed Ledo, the body is believed to be that of Jenkins. Ledo said a positive identification will not be made until the autopsy is performed.

Police got a call around 11:30 p.m. Sunday from a friend of Jenkins' who spotted the 33-year-old single mother's 2006 silver Suzuki Grand Vitara -- with its engine still running -- along Goss Hollow Road in St. Johnsbury. The location is not far from where Jenkins lives, according to Vermont State Police Captain Dave Covell.

Police found no sign of Jenkins, but they did find indications at the scene that she had not voluntarily left her vehicle.

"Responding Troopers observed evidence at the scene to indicate that Ms. Jenkins' disappearance is the result of foul play as evidence present showed signs that a struggle had occurred," Ledo told reporters during a Monday afternoon press conference.

Ledo did not elaborate further on any potential evidence found at the scene. He did, however, say that Jenkins' child is in good condition and is being cared for by a family friend.

According to Covell, Jenkins was last seen at approximately 8:30 p.m. Sunday. The friend who later located her car was the last known person to see her and became concerned when unable to locate her, police said.

Jenkins holds degrees from Lyndon State College in natural science and geology. She teaches high school science and coaches the girls' basketball team at St. Johnsbury Academy, an independent boarding and day school. Jenkins also works as a part-time waitress at The Creamery Restaurant in nearby Danville.

The Vermont State Police processed the scene where Jenkins' vehicle was found and the location where the body was discovered.

Anyone with information about the case is asked to contact the Vermont State Police in St. Johnsbury at 802-748-3111. Police are also looking to speak with anyone who may have driven Goss Hollow Road in St. Johnsbury on Sunday evening, between 7:00 p.m. and 11:30 p.m.

This story has been updated to reflect the discovery of the body in Barnet. 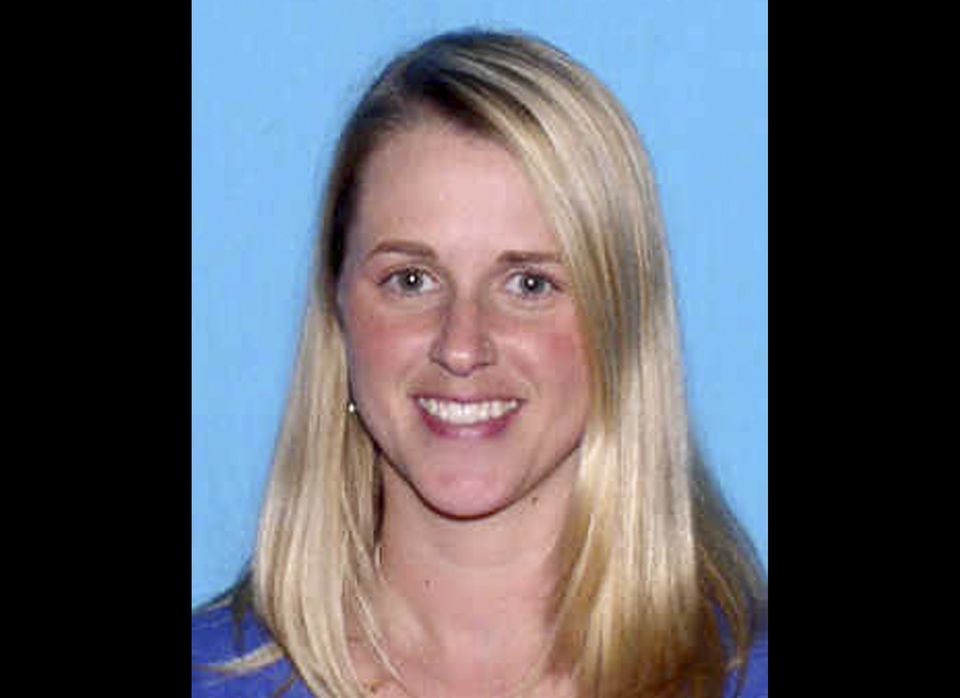 1 / 8
Melissa Jenkins, a 33-year-old science teacher and mother of one, was reported missing on March 25 in St Johnsbury, Vermont. Vermont State Police found Jenkins' body the next day and have ruled her death as a homicide.
AP