As soon as Melissa McCarthy's cover for Elle's Women in Hollywood issue hit the Internet last week, critics were quick to lash out at the magazine for "fat-shaming" the actress by draping her body in an oversized coat, rather than the bodycon minis usually worn by its cover stars.

Elle subsequently issued a statement, but now McCarthy herself is speaking out in defense of the magazine. Talking to E! News at the Elle Women in Hollywood gala last night, the "Heat" star explained that the all of the fuss has been overblown:

"What I found so bizarre is I picked the coat. I grabbed the coat. I covered up. I had a great black dress on but I thought, it comes out in November. I was so sick of summer. I live in Southern California. I was like, 'Give me a big coat to wear. Give the girl some cashmere!'"

The coat in question, a gray woolen number by Marina Rinaldi, was a fun, dramatic piece, which Elle had previously said was chosen because McCarthy "loved" it during the shoot. Backing up this statement, McCarthy explained the situation on set: "They were like, 'The dress is really great,' but I was like, 'Yeah, but look at this.' I was just shocked I didn't steal it. Now I think I really should have the coat. I'm petitioning for that coat. Give me that coat. I earned it, damn it!"

If you're listening, Marina Rinaldi, we think we found your next campaign model. 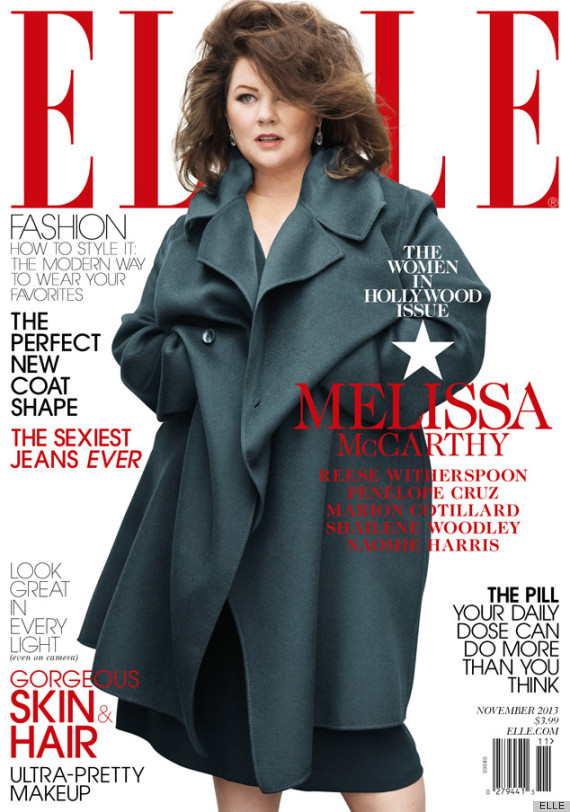 All press is good press... right?