The 2015 Golden Globes saw tons of glitz on the red carpet, and Melissa McCarthy's gown was no exception.

McCarthy wore a black and white gown that had a slight menswear influence, which apparently she sewed together from pieces in her closet. We're not exactly sure how we feel about the look -- especially the oversized bow.

Though the actress herself wasn't nominated this year, "St. Vincent," the film she starred in, secured a nomination for Best Motion Picture - Musical or Comedy.

So, what do you think of the actress' look? 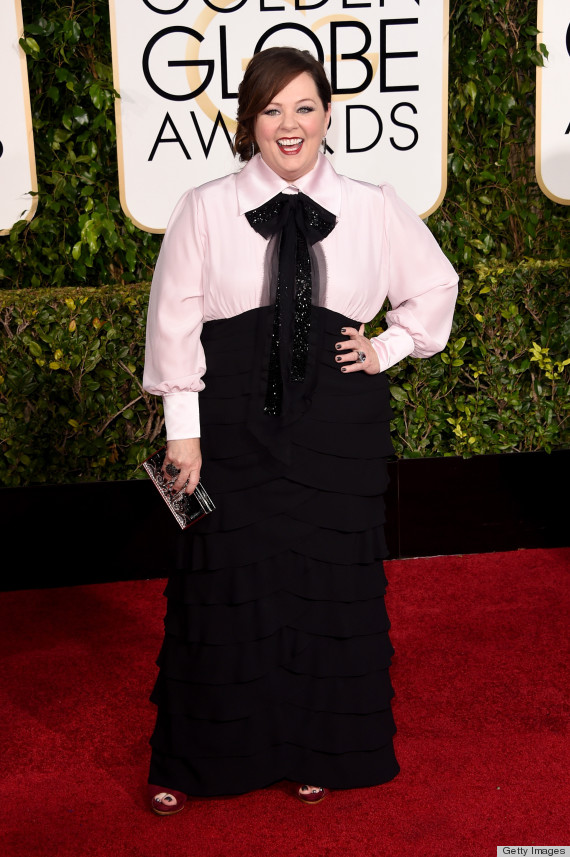