Melissa McCarthy, comedic badass and star of the new movie "Spy," surprised a baffled Jon Stewart on her Wednesday night "Daily Show" appearance. The star showed up in a dress plastered with various black-and-white photos of Stewart's face, including his 2011 Rolling Stone cover.

"What is that?" said a giggling Stewart as McCarthy moved in to give him a hug.

"It's my Jon Stewart dress," said McCarthy, as she turned to the roaring audience, twirling to show off Stewart's many faces. 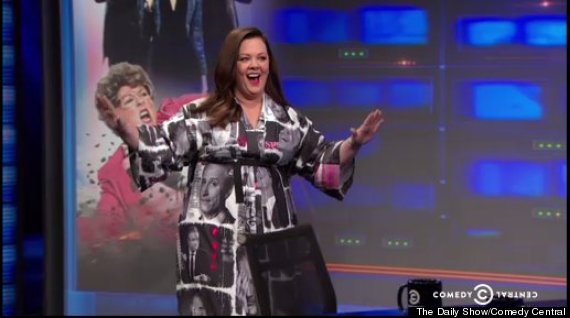 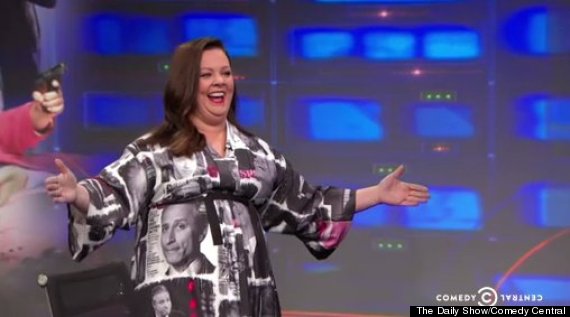 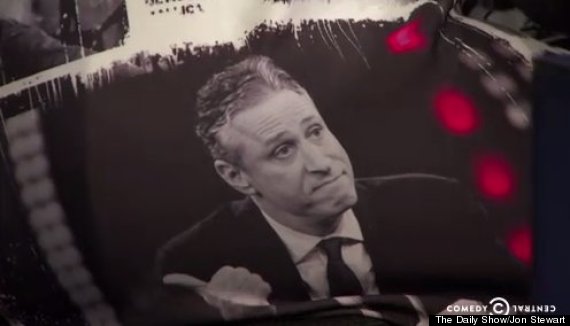 "Lovely," said Stewart. "You know, I've wanted to say this to you for a long time. I am all over you like a cheap suit."

McCarthy explained that the dress is something she'll wear when "she rocks herself to sleep after night, crying" when Stewart goes off the air. Stewart said it was especially "weird" seeing the dress because he doesn't photograph well. "I am the king of the unflattering freeze frame."

No word on whether or not the dress will be a part of McCarthy's new clothing line, which premieres later this August, but one can hope.