Melissa McCarthy has been thrust into a new kind of spotlight since busting out onto the Hollywood scene in 2011's "Bridesmaids." But with all that attention comes a lot of criticism.

McCarthy has been called out for her weight over the years, most recently by movie reviewer Rex Reed, who said she was "tractor-sized" and "a gimmick comedian who has devoted her short career to being obese and obnoxious with equal success.”

Still, it sounds like those kinds of comments don't affect McCarthy, who says that she's not as sensitive as she once was. In the July/August issue of More magazine, the star of "The Heat" admits that with age comes a newfound respect for yourself.

"I bought into it -- I should be taller, thinner, have better hair. But I think that's part of being young," the now 42-year-old star continues. "Now, especially with kids, you lose any sense of time or energy to worry about all the little stuff."

The mother of two -- McCarthy has two daughters, Vivian, 6, and Georgette, 3, with husband Ben Falcone -- has been open about her weight struggles, but refuses to let harsh remarks bother her. After Reed's review was released, McCarthy spoke out about his choice of words, telling the New York Times, “I felt really bad for someone who is swimming in so much hate. I just thought, that’s someone who’s in a really bad spot, and I am in such a happy spot. I laugh my head off every day with my husband and my kids who are mooning me and singing me songs.” 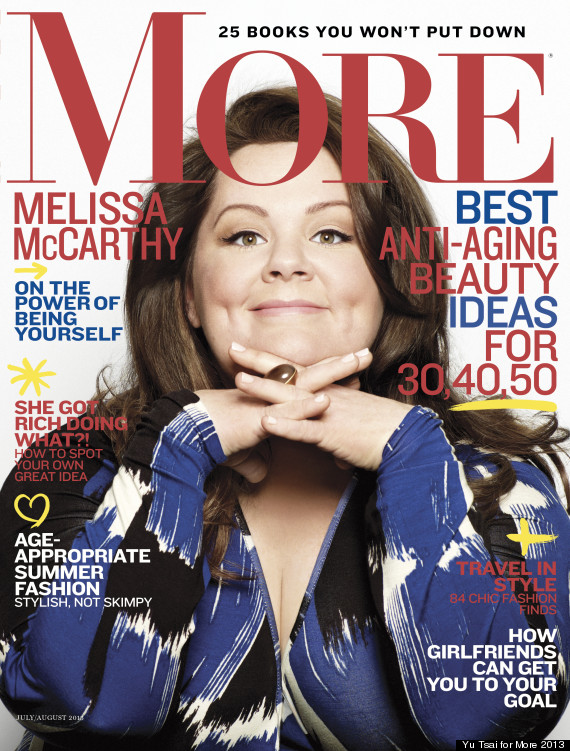