The glasses have come off and "The Big Bang Theory" star Melissa Rauch has shed her character's signature cardigans for, well, a lot less clothing in a new photo shoot for Maxim magazine.

The 33-year-old actress stripped down for the magazine in an S&M-inspired shoot that has her showing off a lot of skin. Rauch dons a glittering little black dress with a plunging neckline for one photo, and strikes a sexy pose in another rocking a dominatrix-inspired bra top and high-waisted skirt.

Rauch, whose voice sounds very different in real life from the high-pitched nasal one she uses on the hit CBS sitcom, tells the magazine, there's another big different between her and her character, Bernadette.

"I've actually never been [to the Cheesecake Factory]. However, I am similar to Bernadette in that we both spent some time waiting tables. I worked at a sports bar in New York City during college. It was before fantasy football was online, so people would come in with their notebooks. One time I spilled a pitcher of beer all over someone's fantasy notebook. It really f--ked up his draft."

Head over to Maxim to see more pics from the racy photo shoot, and pick up the magazine's December issue, on sale Nov. 17. 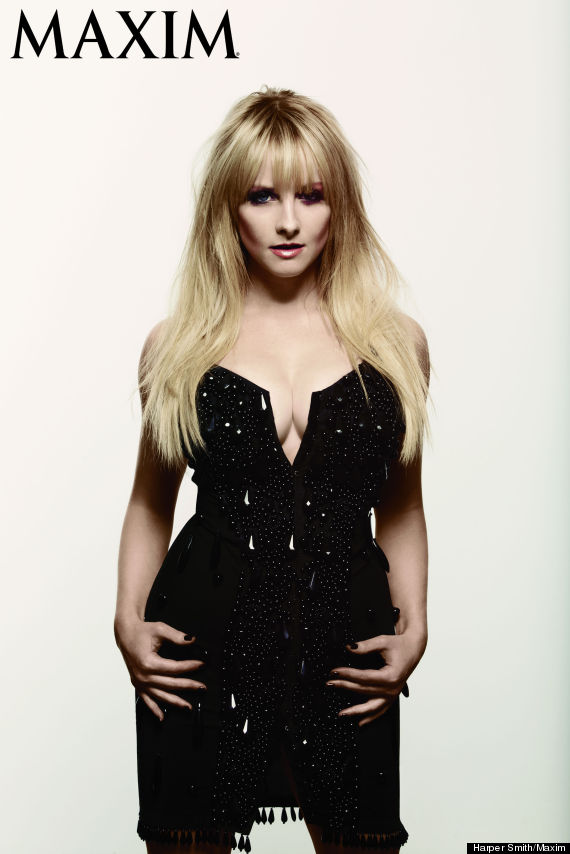