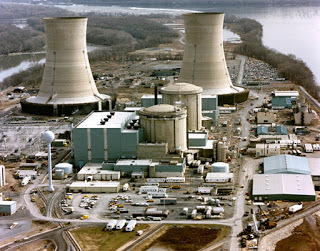 Two self haters seeking validation of each other is a little like the critical mass that occurs in an atomic reaction, using say Uranium 235 or Plutonium 239. Put Hedda Gabler together with Hamlet and you would have the potential for mass destruction. Someone should actually create a play about a therapeutic community inhabited by a host of self-hating and self destructive characters, adding of course Iago, Lady Macbeth, Medea, Mary Tyrone from Long Day's Journey, Solyony from the Three Sisters and say Bazarov from Turgenev's novel Fathers and Sons. That's essentially the palette the director Neil LaBute is using in brilliantly misanthropic films like In The Company of Men. If you look at the history of the humankind the self-destruct impulse has often won out over the forces of creation. When Tito died and Yugoslavia caved into its irredentist impulses former neighbors, Bosnians and Serbs, who had lived peacefully for generations, became enemies and the massacres of Srebrenica and Sarajevo were the result. On a microcosmic or ontogenetic level we see the same pattern occurring in proliferation of relationships where freedom often includes the choice to fail. You see it must frequently in aging couples who blame the failure of their aspirations on each other. The aspiration for greatness, for success in either art or life is often the culprit, but once the chain reaction starts, it's a little like the meltdowns at Three Mile Harbor and Chernobyl. When the "reactor" becomes overheated, it's almost impossible to stop.