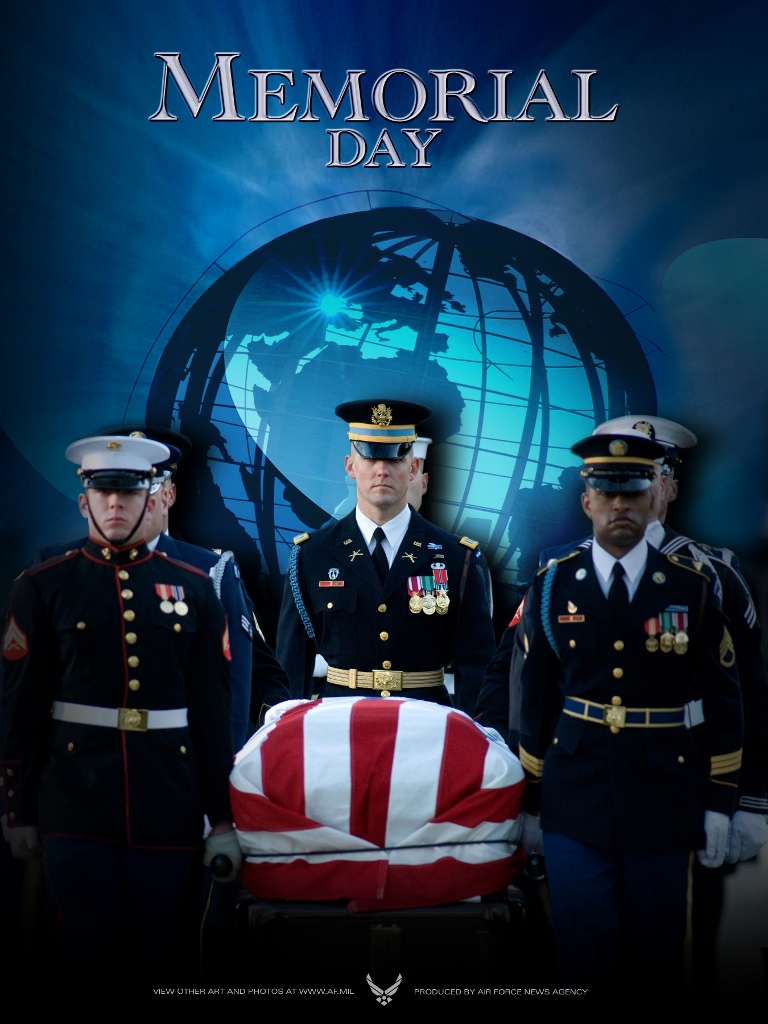 Last Memorial Day our nation was in the midst of a bitter debate over the repeal of "Don't ask, don't tell" (DADT); over whether women should serve aboard our nuclear submarines and in combat; over immigration, in particularly whether to provide a path to citizenship to certain undocumented immigrants who have come to our country as children and who go on to serve honorably in our armed forces.

An article I wrote on that occasion had the following epilogue:

I [also] hope that by the next Memorial Day all qualified Americans will have the right to serve their country and that all those who serve will be able to enjoy all the rights, privileges and opportunities our country so generously offers the rest of us.

With the repeal of DADT; with the Navy's decision -- blessed by Congress -- to allow women to serve aboard submarines; with the recent reintroduction of the DREAM Act in both Houses and because of other measures and legislation, we have come a long way in one short year towards eliminating barriers that have prevented too many of our service men and women from serving to their full potential -- sometimes even from serving.

Regrettably, as we approach another election, hyper-partisans once again attempt to capitalize on our differences and to reignite or fan the flames of prejudice.

This Memorial Day, as we honor, remember and thank those who have rendered the ultimate sacrifice for us, for our country, we must remember the following:

The sniper bullets that so unexpectedly kill our soldiers don't give a hoot whether their targets are gay or straight, male or female, Christian or Muslim or whether their surname is Smith, Jankiewicz, Nguyen, Rodríguez or Kaho'ohanohano.*

The treacherous mines that kill or blow the legs off our heroes are blind to the color of the skin of the casualties. Nor can they distinguish whether their victims are natural-born Americans, naturalized Americans, "green-card holders," or one-time illegal immigrants.

In my 2010 tribute to our fallen heroes, I used some of the following examples to illustrate the above:

The German torpedo that sank the U.S.S. Dorchester plying the icy waters of the North Atlantic in February 1943 did not know or care that among its 672 casualties there would be four U.S. military chaplains (all U.S. Army lieutenants): a Catholic priest, a Jewish rabbi and two Protestant ministers. After giving their lifejackets away to other soldiers, "the four chaplains" were last seen standing on the deck of the sinking ship, arms linked and praying together.

The rocket that slammed into a hospital ward in Chu Lai, Vietnam, just before dawn on June 8, 1969, could not have known that one of its victims would be 24-year-old U.S. Army nurse, First Lieutenant Sharon A. Lane. She would be the only American servicewoman killed as a direct result of enemy fire during the Vietnam War, though seven other female American military nurses would lose their lives serving in Vietnam.

Those who ambushed and murdered Army Pfc. Lori Ann Piestewa and several other soldiers in March 2003, after her convoy made a fatal wrong turn into Nasiriyah, Iraq, didn't know and probably didn't care that Piestewa would be the first Native American woman killed in combat, and one of only a handful of Native American women serving in the military at the time. Neither did they know, nor care, that some 255,000 women would go on to serve in Iraq and Afghanistan over the next eight years and that more than 130 of them would make the ultimate sacrifice.

The enemy grenade that killed Mexican-born Marine Sgt. Rafael Peralta on November 15, 2004, in Fallujah, Iraq, where he heroically smothered a grenade explosion with his body saving the lives of six fellow Marines, was unaware that Peralta had come to the U.S. as a teen without legal documentation. Peralta would be nominated to receive the Congressional Medal of Honor.

To the roadside bomb that ended the life of Army 1st Lt. Mohsin A. Naqvi in Afghanistan, in December 2008, it was neither here nor there that Naqvi, a naturalized American born in Pakistan, was Muslim -- one of nearly 70,000 members of our armed forces who have become citizens since September 2001. As Naqvi's father said, "First he was American, then he was a Muslim."

Finally, the IED that took the life of 31-year-old Minnesota soldier Andrew C. Wilfahrt in Afghanistan just three months ago had no inkling that Wilfahrt was gay and is one of more than 200 gay and lesbian service members who have died in Iraq and Afghanistan according to some reports.

Just a week ago, Minnesota Republican Rep. John Kriesel, an Iraqi war veteran who lost his legs in an explosion during patrol there, made an impassioned speech on the floor of the Minnesota House on an anti-gay amendment and reminded us of both the sacrifices made by those whom we honor this Memorial Day and the rights they fought and died for.

Referring to a photo of Cpl. Andrew Wilfahrt, Kriesel said:

"I cannot look at this picture ... and say 'you know what, Corporal, you were good enough to fight for this country and give your life, but you were not good enough to marry the person you love."

This Memorial Day let us especially remember those who, throughout our history, rendered the ultimate sacrifice to preserve for all of us the rights and freedoms which so many of them did not enjoy.

* Pfc. Anthony Kaho'ohanohano, a 19-year-old soldier from Maui, gave his life during the Korean War as he heroically covered the withdrawal of his squad, killing 13 enemy soldiers and saving his comrades. Kaho'ohanohano was posthumously awarded the Medal of Honor by President Obama on May 2, 2011