Earlier this week, a mountain lion met an unfortunate ending on a street corner within walking distance of the Broke Girl's Guide headquarters. Given our luck, we're somewhat shocked we weren't eaten by the adventurous predator, so we'll go ahead and use the fact that we're alive as an excuse to really blow out this Memorial Day weekend. Here's what we've got planned...

Ditch work early to check out the first day of the Karen Walker eyewear pop-up shop at TenOverSix. The gorgeous specs will be pricey, though, so while you can admire them, we wouldn't advise a purchase. When you've had your fill of window-shopping, swing over to LACMA to catch some live jazz, then head to the New Beverly Cinema for the first night of its David Lynch retrospective. If you're still awake by the time the credits roll, stop by the Pico & Robertson block party for some food truck action, and then finish the night at the fabulous, all-weekend-long AWOL party at the Roosevelt.

Exhausted from dealing with the psychopath who calls himself your boss, and hoping for a mellow evening? Head to Culver City and grab a snack from Fraiche's secret menu, a drink from the Blind Barber, or something delicious from the newly-opened Copenhagen Pastry. Then, catch an 8 p.m. screening of the classic (we're not kidding) film Center Stage, which is playing at Your Neighborhood Studio.

Wake up early (we promise, it'll be worth it) for this 9 a.m. Decadent Raw Foods Cooking Class at Sun Cafe. Next, head to the Geffen Contemporary at MOCA for the opening day of Ends of the Earth: Land Art to 1974, and then make your way to Sunset Junction for the vast selection of local bands, comedy, literature, artists, food trucks, and shopping at the Silver Lake Jubilee.

If sprawling music festivals give you panic attacks, head downtown for Board Games + Cocktails, and then grab dinner at newly opened Eat.Drink.Americano. After dinner, relive your prom (sans hideous taffeta dress) at the Degenerate Prom & WTF Art Show. Or, catch an 8:30 p.m. screening of Napoleon Dynamite at the Street Food Cinema festival (but don't forget to snag this $50 season's pass before you go). If you're feeling lucky -- or simply had way too much to drink over board games -- bust a move in the Napoleon Dynamite dance-off contest.

Not to point fingers, but we're going to bet that you ate and drank more than your fair share last night. Remedy the situation by working it all off (wishful thinking) at the free Santa Monica Beach Boot Camp at 10:30 a.m. Next, perpetuate the cycle by heading directly to Ozumo for their bottomless Hawaiian brunch. Stick around Santa Monica after, and follow all the cool kids to the Jurassic Park triple-feature playing at the Aero at 5 p.m.

Those who consistently chose retail therapy over physical activity should skip out on boot camp and instead start their day at the Beverly Center Bloomingdale's for a free Benefit brow waxing with any $50 purchase. Next, unless you're on your way to the Church of Scientology open house (?), head to the Playboy Jazz Festival free concert in Baldwin Hills and stop by Post & Beam for dinner afterwards.

If the idea of you making it to Baldwin Hills is as believable as a Loch Ness monster sighting in the Venice Canals, head instead to Katana for opening day of their annual Red Sun BBQ Garden. While on Sunset, stop by Mirabelle, where the new cocktail artist in residence will be concocting "The Mirabelle" -- Fresno chili vodka with apple, lavender, and lemongrass lemonade -- for just $1.97. After, dance your heart out at the Smiths/Morrissey night at the Echoplex.

Unless you're so sore from yesterday's boot camp that lifting the remote control is exhausting, head to West L.A. for the 8 a.m. Walk for Warriors 5K. Next, show off that fit bod at the W Hotel Pool Party from 11 a.m. - 6 p.m., or swing by the Jazz Reggae Festival at UCLA to listen to the likes of Shaggy (remember him?!?).

Those of you who love Latin men (i.e., ladies after our own hearts) have many options today. Choose from the L.A. En Vivo Block Party at the Nokia Theatre L.A. Live, the Hola Mexico Film Festival in Hollywood, or the Memorial Weekend Party at Pink Taco in Century City. The super ambitious amongst you might hit all three!

Since you've been so good all weekend long, splurge on a free burger at the Burger Lounge in West Hollywood (which they'll be dishing out all day). Later -- before you let your head hit the pillow -- enter our latest contest with InStyle Magazine, and fall asleep with visions of $500 dancing in your head.

PHOTOS FOR THE WEEKEND AHEAD: 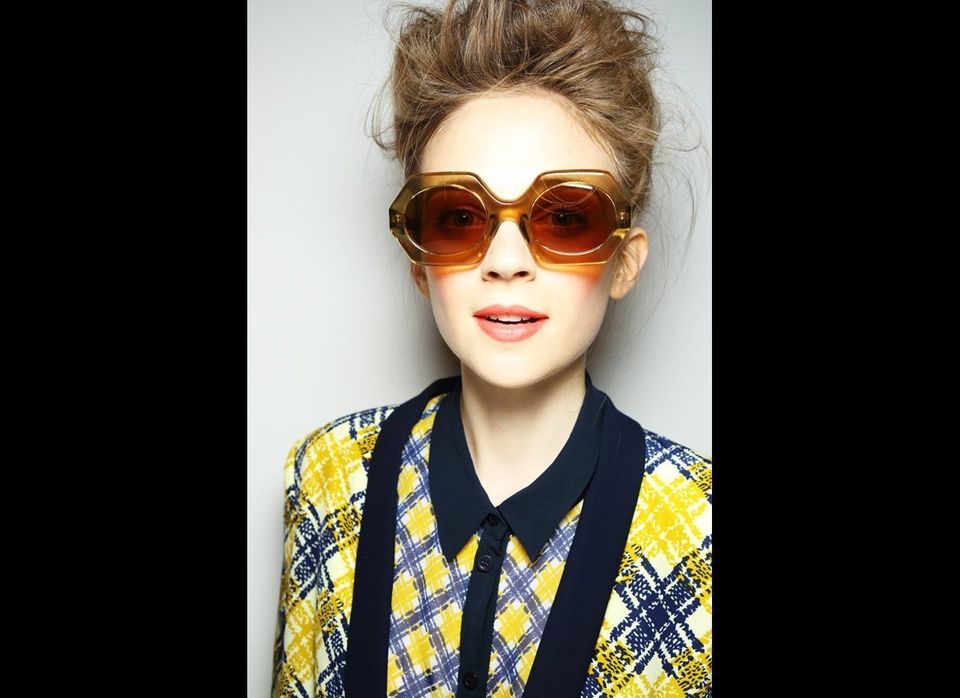