On Monday, here in the United States, folks near and wide will be gathering to celebrate Memorial Day, although many may not know what exactly it is that they are celebrating. Originally intended to honor the Civil War fallen, the concept of Memorial Day has since expanded, becoming different things to different people. For some it is now a day to honor all U.S. veterans fallen in combat. For others it has morphed into a celebration of family, long weekends, and the return of warmer weather. For me, however, Memorial Day is about honoring not only those who died fighting for our freedom but also those closer, lost to far different battles, particularly AIDS.

This Monday, as others unpack their picnic or place flowers on a veteran's grave, I'll be thinking of Edward cracking jokes in his room at Cedars Sinai, bullwhip at his side, so pale and thin, with a smile that belied his true condition. I'll think of David and our cherished time at his cabin, out on his deck in the dappled sunlight, singing along with Bette Midler's Bette of Roses CD amidst the fresh scent of pine. I'll remember Jon, a guy I'd dated, who simply disappeared one day. I later learned that he, too, had died of AIDS but kept it hidden, beneath a cloak of silence, from all of those who loved him. I'll acknowledge, too, cynical Howard, who wasn't always easy to like but whose presence is still missed. I'll think of these and many more, but most of all I'll think of Shane.

Prior to his entrance into my life, I was a vastly different person than I am today. Back in the early 1990s I was living a stereotypical, self-obsessed L.A. lifestyle where I pursued my entertainment dreams by day and the men of my dreams at night. All of life was about pleasure and its pursuit, as if the obtainment of such esoteric things could actually fill the ache I felt inside. 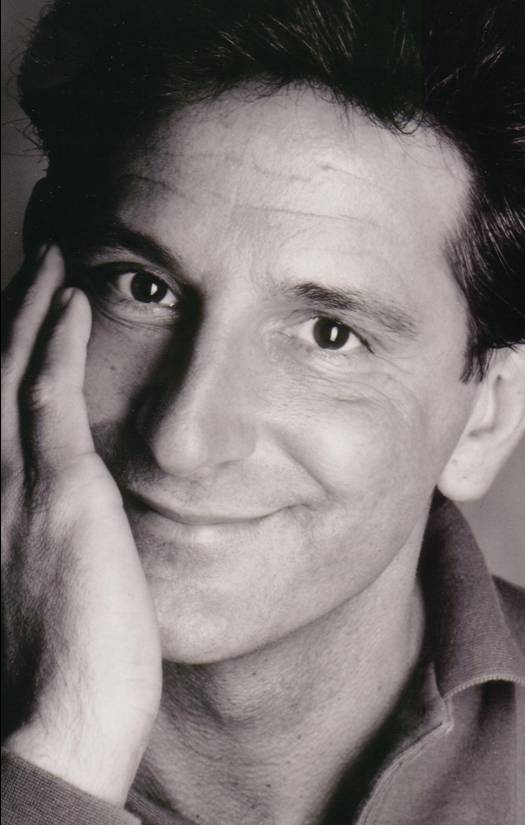 Shane Sawick was an entirely different type of man from others I'd dated, which both intrigued and unsettled me. While he was tall, handsome, and charming, but he also loved denim overalls, which didn't remotely fit into my West Hollywood aesthetic. Witty and urbane, Shane was a New Yorker through and through, and his fiery, sophisticated sarcasm was an odd counterpart to my laid-back, Southern California calm. He was HIV-positive, as well, which was also at odds with my own serostatus.

In those days, we didn't have the HIV medications we now have. Being HIV-positive was still considered a death sentence, and I was warned by well-meaning friends against getting involved with Shane. They were concerned about not only my becoming infected, as "you never know" how transmission occurs, but about the potential toll it could take on me, a self-absorbed actor-type, suddenly thrust into the role of caregiver to the dying. Neither they nor I had any idea that being a caregiver would ultimately be the best thing that ever happened to me.

With Shane, not only did I find myself plunged into my first real adult relationship but I discovered that someone could value me for my authentic self, not the façade I'd built up for years. Shane taught me what it meant to be a true partner, how to communicate, and, indeed, how to love selflessly. He introduced me to foreign lands, to artists of all varied stripes, and to countless experiences far removed from my previously sheltered life.

And when, after only two years together, Shane began his decline, I learned more about myself than ever before. I learned that I could face my fears, experience my darker emotions, and walk through the tumult to the other side. What had seemed insurmountable became conquerable, giving me a better appreciation of my own strengths and abilities. In loving and caring for Shane, I learned how to love others and myself, as well.

Today, I find myself worlds removed from that time of illness and fear, where death seemed to be around every corner. My partner Russ and I have two amazing boys, and our lives now are focused almost purely on living.

I'm often asked how Russ handles the ghost of Shane, given how much I refer to him. But Russ understands fully that without Shane and his influence, I wouldn't have become the partner, father, or writer I am, were it not for that transformational experience of loving him.

And so this Memorial Day I'll pause and honor the many of my own troops who have fallen in battle. They may not have had the uniform or the recognition of our armed forces, but the wars they fought were just as valiant, and I, for one, am richer for their many, varied gifts and sacrifices. In honor of this Memorial Day, I salute Shane, David, Jon, Edward, and even Howard, among countless others, lost far too young.

The debut novel of Kergan Edwards-Stout, Songs for the New Depression, was loosely inspired by his partner, Shane Sawick. It recently won the 2012 Next Generation Indie Book Award in the LGBTQ category and was shortlisted in the same category for the Independent Literary Awards.

A version of this was originally posted at KerganEdwards-Stout.com and The Bilerico Project.