My mother was an amazing woman...strikingly beautiful in a Liz Taylor kind of way, talented and gifted. She had a strong, resilient personality. She was someone who had suffered a great deal of loss in her life: losing her only brother in World War II and then her husband, my father, who died of a sudden heart attack at the ripe old age of 37. There she was, left with two children (that would be me at 10 years old and my brother at 7) and no paying job. 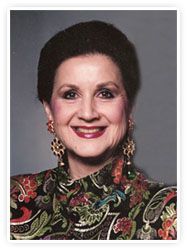 But, after my father died, my mother reinvented herself. She started an interior design business, which became very successful to the point where she was asked to be on the Architectural Commission for the City of Beverly Hills. And, her second husband turned out to be the great love of her life and a fantastic father to us. All was well with her world...until he started to get sick...a lot.

Now, you probably think I'm going to tell you that my stepfather had Alzheimer's disease. Nope...not him. He suffered from a variety of illnesses: Melanoma Cancer, Myasthenia Gravis (often compared to Multiple Sclerosis) and Leukemia. He fought each disease until he simply couldn't fight any more...talk about a trooper. And through it all was my "super woman" mother, caring for him every step of the way. But, when he finally succumbed to the Leukemia, something changed in her...almost immediately.

When my brother, Dan, and I came up with the concept for the "I'm Tired of..." bracelet campaign, it was driven by several factors, one of the strongest being our own personal experiences with disease...a father lost to heart disease, a stepfather lost to many diseases and, finally, a mother lost to Dementia, perhaps the greatest motivator of all. Our personal pain was one of the driving forces that made us want to make a difference in the world, not only for disease-related causes, but also for worldwide "diseases," like hunger, animal cruelty and global warming. But, back to mom. 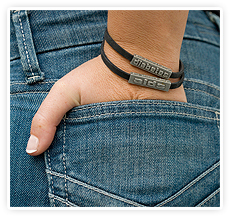 When my stepfather died, I was already married and had two children of my own. I invited my mom to stay with us after the funeral for a few days, so she wouldn't have to be alone right away. I knew that she would quickly pick herself up, start traveling and partying with all her widow friends and life would be good for her again. But, after several weeks, we couldn't get her to leave my house. People kept telling me she was grieving, but I knew better. Something was incredibly wrong.

Finally, after many misdiagnoses, she was diagnosed correctly with Frontotemporal Dementia, similar to Alzheimer's, but affecting the frontal and temporal lobes of the brain, the areas generally associated with personality, behavior and language. Doctors said that her final years would be very similar to an Alzheimer's patient...that "they all end up the same." It was devastating. How could this happen to someone so vibrant?!

I never got my mother back as I had known her and watched her deteriorate through different stages for eight long years. There was the OCD phase, where she would use toilet paper rolls exactly half way down and then pile them up on the toilet. Or, she would eat the same thing every day: exactly half a croissant and half a cup of coffee, storing the leftovers in neat rows in a cabinet for us to discover weeks later in horror. There was the hitting stage, where she would hit me and then giggle about it like a child. Then there was the memory loss, inability to speak and then nothing...where she laid curled up in bed in a fetal position, staring blankly. I was with her when she finally passed away...telling her it was okay to go. Now, I would give anything to have the hitting and OCD back. At least, I could still have a conversation with her.

So, our "I'm Tired of Alzheimer's" bracelet is our fight in honor of our mother and every other parent and child who is dealing with this insidious disease that robs a person of his or her dignity and slowly sucks the life right out of them. It is also for everyone, like me, who has cared for a family member with Alzheimer's and lives with the fear that they, too, may be afflicted someday. Our charity beneficiary for sales from the bracelets is the Fisher Center for Alzheimer's Research Foundation, one of the largest organizations leading the battle against Alzheimer's disease. If we can build a huge community of people wearing our $10 bracelets with $5 from each one being donated to Alzheimer's research, maybe we can make a difference in finding a cure, so future generations don't have to tell a story like mine.

Co-founder of “I’m Tired of…” campaign