In honor of the legendary movie star Ann Miller, I wanted to write some fond memories. 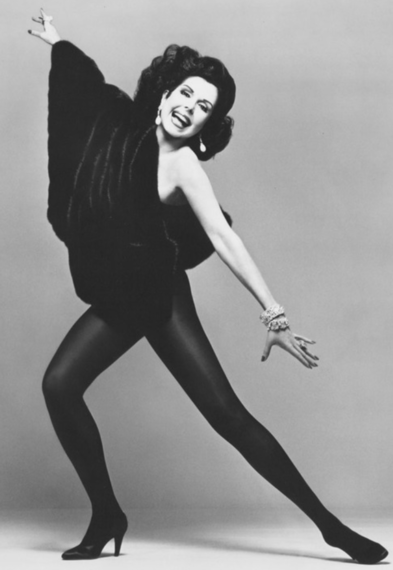 When I was 19 I was the Musical Director of Sugar Babies on Broadway for the entire run. This was a pretty heavy job for a kid and when I asked Mickey Rooney if he minded that I was so young, he looked me straight in the eye (we were the same height) and said, "Kid, when I was 16 I was the biggest box office star in the world!"

During the difficult out of town try-outs the choreographer and producer were at odds with Mickey's co-star, Ann Miller, and they were also constantly trying to fire me, so Annie and I had an immediate bond: misery. Plus, she liked my conducting because I always followed her, no matter what she did. So every night after the show we would have a dinner of commiseration.

Sugar Babies made it into New York, was a huge hit, and all was forgiven. Ah, show-biz. For three years, Annie and I were inseparable. Now, remember, I was nineteen and this huge show-biz fan, so imagine what it was like for me to meet all her friends: Fred Astaire, Hermes Pan, Katherine Hepburn, etc. etc. One by one, and virtually every night they would parade into her dressing room after the show. The most fun I had though was after the shows. Mickey would rush out of the theater before I had even finished the Exit Music, but Annie would take her time, take off the famous wig, and get ready for her evening. 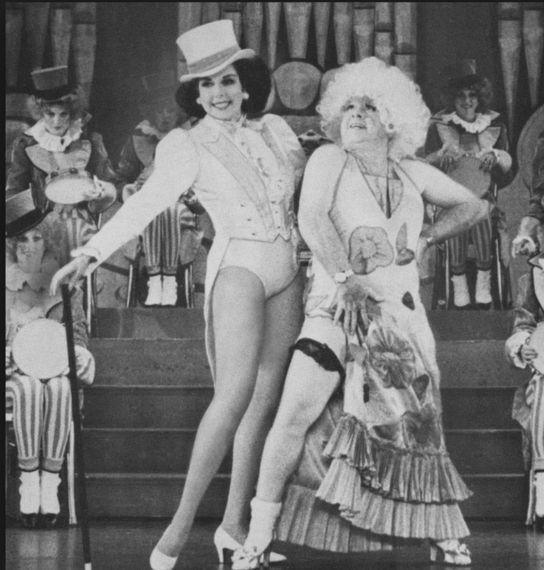 We would wait for the fans to leave and then Annie and I would hop into her waiting limo and head to a restaurant. Sometimes Ethel Merman came with us, sometimes Patti LuPone (she was Evita next door,) but every restaurant gladly stayed open for Annie because she was the toast of the town.

These were the days before VCRs and way before DVDs so the only way to see an old movie was to wait for it to appear on TV at 4 AM. But that wasn't good enough for Ann. She kept renting the original prints and projectors and screening all the classic MGM movies for me in her hotel suite. She claimed, "they're for your education, Glen," but I know she wanted to see them. And why not? She was amazing and gorgeous and hysterically funny.

We saw the famous ones of course, but I urge anyone who wants to pay tribute to this great lady find Reverly for Beverly. Not quite seminal but pretty damn fun. As famous as the 500 taps per minute were her legendary gaffs. I honestly can't tell if they were unintentionally ludicrous statements or incredibly calculated brilliance. But it doesn't matter. Annie's death brought them racing back to my memory.

Mickey was out for a show and the understudy was on. The show was dying. Ann came running to me before the show and said, "Glen, it's awful. We have cheese all over our face." "Annie, it's egg." She said, "Cheese, egg, it's all poultry."

One day she came back from getting fitted for a new dress for the Tony's by Halston. Breathlessly, she said, "Glen, the dress is gorgeous. And you know what? Halston's name is spelled the same backwards as it is forward." I paused and said, "No, it's not." "Yes, it is." "No, it's not," I said more forcibly. "Yes it is...Wait a minute. It's not. Why'd he tell me that?!" 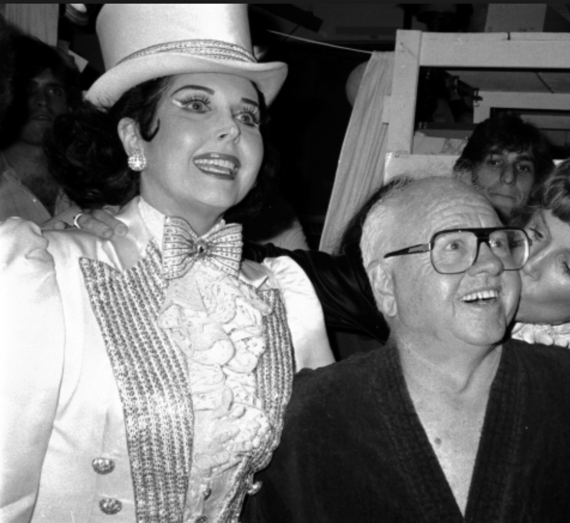 The first summer the show was in New York I rented a house on Fire Island. Because of the late night ferry connections I had to wait until Sunday morning to get to the beach. However, I realized if I gently speeded up some of the tempos I could cut 4 minutes off the show and make the Saturday night midnight ferry. (Forgive me, oh Gods of the theater, I was young.) So after she finished her first number, panting and sucking oxygen by the stage manager, she somehow got out, "I don't care...pant...pant...pant...if he is going to...pant...pant...pant...Fire Island...the tempos are too Goddamn fast!"

You gotta love her.