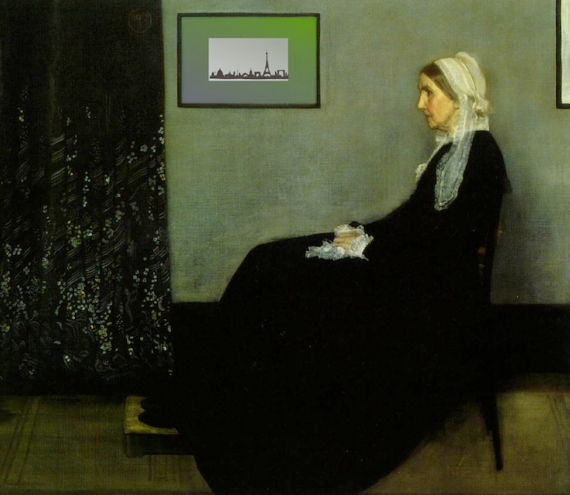 NOTE: At the end of this post, there are two experiments for you to test your own memory to determine which information you are better at recalling: what you hear vs. what you see.

A few nights ago -- around 8:00 p.m. or so -- I was in my car, heading home. I was stuck in highway traffic and about eight miles or so from where I live. If, at that moment, you had asked me how long it would take me to get from where I was to where I live, I would have said about 15 or 20 minutes. Anyway, at 8:05 p.m., my cell phone rang. It's my wife. She wants me to stop off at the market and pick up some cereal and muffins for the kids for breakfast.

No problem, I think. I'll be at the market in 15 minutes.

I bound into the house and my wife says to me, "Where are the muffins? Where's the cereal?" I stood there awkwardly... mouth half agape... looking like a dope (which is pretty typical).

WHY DOES MY MEMORY SUCK? So? What happened? How did I forget to get the cereal and muffins? And I did forget. As opposed to purposely making a decision to not get food for my precious children.

Anyway, where was I? Oh yes. Traffic. Night. Slick road.

The point is: my brain was pretty busy. Then, I get a call.

My wife is shouting over the barking dogs in our home... and the screaming kids. In fact, the entire conversation didn't last more than 14 seconds. I know, because I went back and checked the amount of time under "recent" on my iPhone.

WHAT HAPPENED? It turns out the brain stores various types of information differently. Information like my wife's breakfast request is stored in the short term memory. It's the same place that a phone number is stored when you are told someone's phone number. In fact, there's a reason why phone numbers are seven digits long... it's because seven is pretty much the most numbers you can briefly store in your head and then recall.

Think about it like this. Remember when someone told you their phone number and before you could say it a few times over in your head or write it down, you got briefly distracted by something... and POOF! The memory of the phone number is GONE!

YOUR BRAIN: So, it turns out the brain stores audio information in one way -- think of it as a more temporary way -- and it stores visual information in an entirely different way. A better way. A way that will make the memory easier to recall. You see, visual images tend to have more things we instantly associate with them -- for example, a picture of some horses on a farm, instantly calls up images of hay, riding, a barn, a cowboy, etc. and those connections make the information more "memorable" and thus, makes recollection easier and more likely.

Here's another example. Several years ago, scientists tested people's memory in a clever way. A group of people were introduced to a woman, and told her name was Mrs. Baker. Mrs. Baker is wearing a casual outfit. Then, a second group was introduced to the same woman, and told she WAS a baker -- plus, she was wearing baker's clothes. Same word. In the first example, "Baker" is a woman's last name. In the second, it's her occupation. Several days later, the groups were asked to recall who they had met. The group that was introduced to a woman whose job was a baker were much more likely to remember than those who were introduced to Mrs. Baker. Why did the second group do better? Because the job "baker" immediately conjures up memories of flour, cakes, cooking, etc... and it's those connections that solidify our recall and memory.

Oh, and by the way: even your visual memory can fail you. Go back and look at the picture at the beginning of this post. It's called "Whistler's Mother" and it's one of the most famous paintings ever. When you looked at it, did you notice anything amiss? Look closely. You probably don't see anything, right? But, there is something wrong with the picture. Go back. Look one more time. STOP: When you must know what's wrong... keep reading.

When you're ready, play the video below. You will hear me count backwards from three, then we begin. I will say the same sequence of seven numbers three times. After you hear the video, say the alphabet out loud. This helps to prevent the memory from "setting." Then, choose the one sequence of numbers that matches what you heard in the video.

For this second test, you will be shown a series of numbers. Look at them for 30 seconds. Then, say the alphabet out loud. Then, immediately return to this page and choose which of the sequences of numbers below matches what you saw.

Jon Hotchkiss is the creator of the new science series This vs That hailed as "revolutionary" and "hilarious." To see the answers to the memory test and compare results, CLICK HERE.