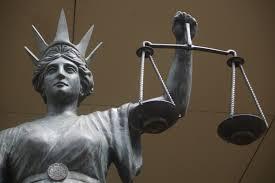 There is something unnerving about the rush of Republican presidential candidates to go on record as standing firmly against women's reproductive rights.

Addressing a recent gathering of the National Right to Life Committee -- which itself stands firmly against reproductive rights for women; its sole concern is with the fetus -- a handful of the leading Republican candidates tried to outdo each other in expressing their anti-women positions. This was before Wisconsin governor Scott Walker threw his hat into the ring with a stirring promise to work for "the unborn." What Walker means is this: he has zero interest in the mothers of those "unborns;" but he welcomes the political support of anti-abortion forces.

And anti-abortion forces have a lot of political muscle. A sample of the comments being made by candidates seeking to capture it would include:

Jeb Bush, whose "moral absolutes" do not include a woman's moral right to make her own reproductive decisions, points to the laws passed during his tenure as governor of Florida: the funding of adoption counseling -- but not abortion counseling, banning late-term abortion and imposing medically unnecessary regulations on clinics offering abortion.

Rick Perry wanted the anti-abortion group to understand that when he was governor of Texas his record on denial of a woman's right to choose was best of all. "That's a fact," he said. "We passed a parental notification law. I signed a parental consent law. I signed a sonogram law so mothers facing that agonizing choice can actually see." Forcing parental involvement on very young women who often need to keep their decision private, and all women to view a medically irrelevant sonogram whether they wish to or not -- these are the sources of Perry's pride.

More recently, we have the ever-articulate Donald Trump entering the fray with the comment that "it really, really bothers me, the whole concept of abortion." Trump's interest in women, which is well-documented if problematic, does not extend to an interest in their right to make their own reproductive choices.

And lastly, Marco Rubio seeks to enter the White House because it "needs an occupant who values and prioritizes life." Read: life of "the unborn." If Rubio gave a fig for the lives of uncounted thousands of women put at risk by the restrictive laws he supports -- his values and priorities might shift.

Such is presidential politics today.