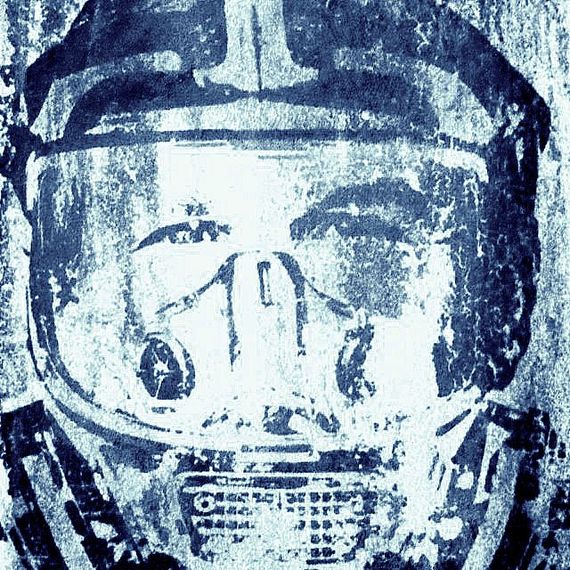 Male Grief: Invisible, Misunderstood, Unwanted
Grief is an inevitable part of every human life, regardless of gender. It is also one of the great isolating forces in the lives of men. Male grief is all too often invisible, misunderstood, and unwanted, which leaves many men in the difficult position of having to deal with their grief on their own, if they deal with it at all.

Most men (myself included) routinely reject vital aspects of themselves and their histories because they do not want, or do not know how, to feel and move through the grief that is bound up and waiting inside them. The fear of being shamed by another when most vulnerable, of being stripped of one's masculinity by women as well as by other men, is a powerful motivation not to feel and express one's grief.

The requirement to go into that grief all alone, in secret, for lack of understanding, trusted support is another prime and completely understandable reason for avoidance. There is a deep and profound loneliness in knowing that one must do such difficult, intense work alone, without witness, and it's no wonder so many men don't want to do it. I fight that battle myself all the time.

Today I'd like to share excerpts from three posts I've seen recently on the subject of male grief that shine some light on this important and severely neglected aspect of the masculine experience. My hope is that, in some very near future, the dialogue about male grief can become far more common and open than it is today, so that men who are grieving can come out of the shadows and men who need to grieve, but haven't felt the freedom and support necessary to do so, can begin.

We almost never cry in front of other men. If we feel that a woman is "safe," we may cry with her. But most of our tears are shed when we are alone, perhaps while driving our vehicles. In all too many cases, our hot tears become a deep-freeze of anger or rage. Most very angry men are very sad men.

Mark also makes some important points about the often neglected fact that there are different ways and different styles of grieving. For example, some men find physical activities (such as vigorous manual labor) to be a healthy means of channeling and expressing some of the energy associated with grief. You can read Mark's entire post here.

For additional thoughts on how women can create safe emotional space for men who are grieving, see my companion post "What If He Cries?" here.

The absence of any support, or even positive role modeling around dealing with loss and grief, communicated a pretty clear message: You're on your own, just deal with it. I did ... and became a kid who was emotionally bound up, pressurized, and lived with a thick veneer as a shield over all that anger and sadness. On the top I wore an "I'm OK" mask.


I know that story all too well, as do countless men. Earl's focus, as always, is on using his own experience as a starting point to help succeeding generations avoid the traps and pitfalls that have caused, and are still causing, so much pain for so many boys and men, and he devotes the majority of the post to that task. You can read Earl's full post here.

Book Review: Tom Golden's The Way Men Heal
The third and final post is a reader review by Andy Thomas of the new book The Way Men Heal. The author of the book, Tom Golden, has been exploring, writing, and speaking on the subject of male grief for many years. In his review, Andy shares a personal experience that illustrates how the taboo against male grief is often enforced, not only for the man who is grieving, but for any other man or boy who might be watching:

The day after my Dad died, I was speaking to a friend of his when I broke down and cried briefly -- I was interrupted by a woman who had known my father, but who did not know me. She asked, what would my 4 year old niece think if she saw me crying?, while handing me a tissue I did not want. Had I been a woman, no doubt she would have put her arm around me, but as a man I was politely told to "man up" -- my pain was embarrassing her.

As someone who has a certain awareness of society's different expectations for men and women, this experience came as no great surprise to me. For young minds, such experiences are painful however, and quickly teach young boys that "real men don't cry." They learn how to keep their pain to themselves.

Again, this is a story that will no doubt resonate powerfully and personally with a lot of men. You can find out more about Tom Golden's book, The Way Men Heal, here.

Male Grief: No Longer an Alien Concept?
I hope these excerpts will encourage you to read the full posts and learn more about the male experience of grief in all its aspects. I recall being quite mystified 30 years ago when I was first introduced to the subject via the work of Robert Bly, John Lee, and Dan Jones. They all emphasized the critical importance of a man's awareness of his own grief, his conscious relationship with it, and his ability to feel it and to allow it to move through him so that his natural energy and innate masculine power would not be blocked and withheld, both from himself and the world.

At the time, all that talk of grief mystified me. I didn't have any idea what it was. I was keenly aware that I was angry, frustrated, lonely, sad, depressed ... but I had no sense of any grief. I didn't really understand what grief was or how it might feel. It seemed completely abstract to me, completely foreign. Perplexed, I wrote the poem "grief" (found in my book Iron Man Family Outing) one day as a way of trying to figure out what this grief that I kept hearing about might be.