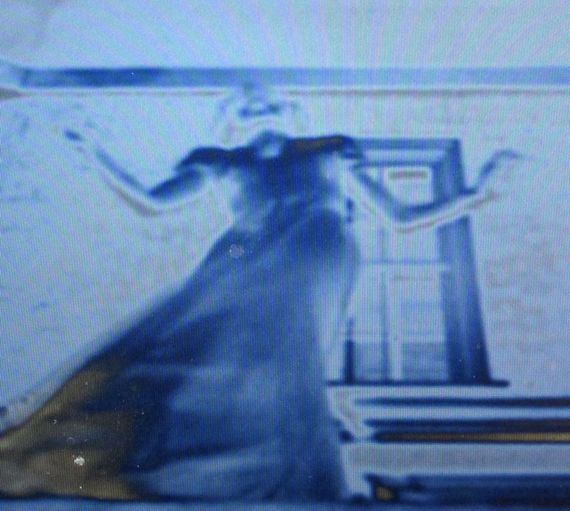 What is a Mother Wound?
A Mother Wound may be thought of as injury to the psyche of a child resulting from significant dysfunction or disruption in relationship with the mother. In some cases, it is the result of a mother's absence or unavailability due to death, illness, adoption, or other circumstances that dramatically separate the child from the mother. But more typically, a Mother Wound is a complex of injuries to the child's psyche received over many years, often as a result of the mother acting, consciously or not, out of her own woundedness. One of the most severe kinds of psychic wounding occurs when the child's primary function in the relationship is to be used by the mother to meet her own narcissistic needs.

How are men affected?
The complex internal dynamics associated with such narcissistic maternal wounding can have multiple effects and consequences that extend deep into the core of a man, rippling outward into all areas of his life and diminishing his ability to own and express his sexual energy and power in the healthy, creative ways needed to develop and maintain successful long-term love relationships and a working life that is authentic, heartfelt, and meaningful.

An unacknowledged, unresolved Mother Wound can complicate the matter even further for some men. The healthy desire for loving union with a woman in a sexually expressive relationship can easily be short-circuited, eclipsed by a deeply felt but ultimately misguided romantic idealism that opens the door to repeated replays of maternal injury.

A Mother Wound (particularly if held or hidden below the level of conscious awareness) can also predispose a man to vulnerability and susceptibility to dark or negative aspects of the feminine, as well as conditioning him into blindness to and acceptance of behaviors from women in his life who express them. He may even seek out and be attracted to women who embody elements of the shadow side of the feminine without being aware he's doing it or understanding why. And he may find it difficult to stop.

An unresolved Mother Wound can also make a man susceptible to feeling and/or being shamed by women for his vulnerability, regardless of their intentions toward him. A well-intentioned woman can often shut down an emotionally vulnerable man by inadvertently activating his Mother Wound without even knowing it, then feel completely mystified as to what happened and why. And the man cannot tell her because he doesn't know. This has obvious negative implications and consequences for relationships between men and women.

Finally, I see men culturally conditioned to rely on the women with whom they're intimate to meet all or most of their deep emotional needs. This is yet another expression of the unresolved Mother Wound in men and in the culture itself: adult men needing, expecting, and encouraged to be mothered by wives and lovers. This is bad for both the men and the women, especially when the deal is unacknowledged, implied, and unconscious. Wounded men often seek out women to heal them, and women can be great helpers and allies, but projecting one's unmet mothering needs (and related psychic injuries) onto a woman is a recipe for disaster for both the man and the woman.

Why do men avoid their Mother Wounds?
Awareness and acknowledgment of his Mother Wound is typically a huge taboo for a man (as it is for almost any wounding of a male by a female). Most sons have been trained and are expected to be protective of their mother and her feelings at all costs. Fear can be a significant deterrent as well. For many men (myself included), there is nothing more frightening (or unthinkable) than looking into their own Mother Wounds. I know my Father Wound well. It hurts but does not scare me. My Mother Wound terrifies me. It feels like a pit from which there is no return.

My Mother Wound is equally deep in its own way as my Father Wound, but much of it is hidden in the weeds and shadow realms of my psyche. Finding its various elements and aspects, seeing them, and recognizing them for what they are is a tricky job. The core truths haven't been nearly as easy to access, and the internal and social prohibitions against doing so make it feel incredibly risky to even try.

Elements of the culture have amplified, and continue to amplify, the conditioning I received as a child that women (especially mothers) are inherently virtuous, self-sacrificing, and morally infallible, making a tough slog through the dark feminine underworld in my own psyche even tougher. But this is work I have to do, even if I feel I am doing it imperfectly, if I have any chance of being whole, mature, and complete as a man.

Why is Mother Wound work important?
Mother Wounds that lurk unacknowledged and unhealed in men don't just hurt men. They also hurt women and children across the culture.

It often seems that we are inundated with an apparently infinite stream of stories about misogyny, abuse, and violence inflicted on women by men, accompanied by similarly unending commentary as to the causes. But the one factor I almost never see included in these discussions is this: Many of these men are being driven, at least in part, by the powerful, unconscious emotional energy of an unresolved Mother Wound. Until we're ready as a culture to explore and address the causes and implications of that, I don't think we're going to get too far in addressing the more dramatically problematic and damaging behaviors some men exhibit with women.

That's the extreme end of the scale and is not representative of the behavior of the majority of men, but as explored earlier in this piece, there are many other negative (if less visible and less dramatic) dynamics in men's lives that develop as a consequence of unresolved Mother Wounds. The resultant effects hurt women and children as well as the men themselves, although the impacts to all may be less obvious, more subtle, and play out over longer periods of time.

Doing the work
For the reasons articulated earlier in this piece, it's taken me many years to begin to move into my own Mother Wound work fully, and I still find it very challenging. The hardest part, aside from the fear I mentioned, has been the surprisingly deep well of grief I've found in myself as I've moved into the emotional energy associated with the wound. I had a sense it was there, but having a sense of it and actually moving into it (and feeling it) are two very different things. It is, perhaps, the most powerful grief of all: the grief of a child. And it's been driving and influencing my relationships with women, with love and sex and intimacy, and with the feminine, albeit unconsciously and often indirectly, for my entire life.

I know there are other men out there who need to do their own Mother Wound work and I hope they'll find ways to do it. Any man who is consciously, actively working on his Mother Wound deserves support, understanding, and patience. By confronting one of our culture's most powerful and deeply entrenched taboos, he is charting a necessary and critically important new route through largely unexplored territory for other men and doing some of the bravest, most critical work in the arena of modern masculinity.