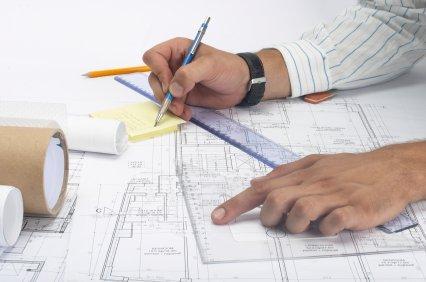 What are the worst male professions to have a relationship with?

Most of you know I've been divorced twice now and careers seem to have caused a lot of tension in the union. When a Creative Writer (me) marries a Technical Writer (him), she should be prepared to have her entire life edited. The first red (literally Red!) flag was when he took his red pen to our wedding vows.

But I've had my grocery lists, daily planner, and tooth-fairy notes to our kids proofread as well. Love letters that I thoughtfully composed were returned to me with the comment, "Couple of run-on sentences, but otherwise a great first draft!" He told me "i before e except after c" so many times, I finally changed the spelling of my name to "Stephanei," just to irritate him.

The husband before him was an engineer. Not the easygoing kind of engineer who makes the train go, "Choo-Choo." No, he was an Electrical Engineer tasked with designing chips, (nothing to do with salsa, by the way) but I've been sworn to secrecy about his career because he holds some sort of Top Secret Security Clearance, which I always suspected just means he runs a big hush-hush yearly mark-down sale at Walmart. Shhhhh!

Here then, in no particular order, (and certainly not in the order that they dumped me!) are the different fields of work I've had the experience of dating and my totally neutral reviews that follow.

Owner Of a Merry Maid Service - - And these weren't just joyful women who cleaned during the Christmas season either. This fastidious man had a Maid Brigade of housekeepers at his beck and call - - so of course, he could never find out that he had a messy girlfriend like me. Or that the song playing in my house was "Another One Invites the Dust!" Or that my one and only use for a broom was being swept off my feet. I scrubbed more surfaces in that one hour (before he was due over my condo) than a surgeon does in a lifetime. (Note: I never dated a surgeon) I even discarded old, tattered recipes for Sloppy Joes. Days before our dinner date, I wore white gloves so I wouldn't fingerprint my glass table or mirrors. And then it happened. With just ten minutes before his arrival, my vacuum broke. So I did what any girl would do hoping to impress a Neatnik. I got out the salad tongs and ran them over every rug in every room in the house, making those telltale tracks for that "just Hoovered" look. Of course when it came time to serve my first course, there were gold shag carpet fibers tossed in with his lettuce. Yes, not only was I a slob, but I was an outdated one who needed to redecorate. 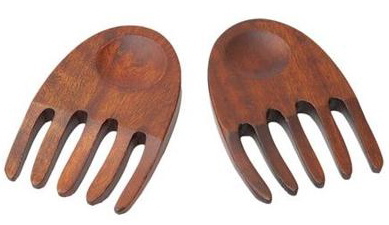 Did you know these work as a vacuum in a pinch?

The Police Officer - - Being a writer, I kept insisting he repeatedly growled, "Throw the book at her!" He was also disappointed that instead of having racy bedroom fun with his handcuffs, I wouldn't unlock them until he admitted that highway patrol officers really DO have a quota for giving traffic tickets. I also worried there would be telltale evidence around my apartment, so I wore those same white gloves (see above with the cleaning business man) in case he suddenly suspected me and decided to lift my fingerprints off a wine goblet. It was at that point that I thought of having a threesome. The police officer could frisk me and triumphantly announce to Merry Maid Guy, "She's clean." What a turn-on.

The Magician - - This relationship started off bad -- he was the entertainer on a cruise ship and his first trick of the evening was making his wedding ring vanish. Meanwhile the only thing I ever learned to make disappear was the midnight chocolate buffet. But still he persisted in dating me, sadistically refusing to teach me his secrets, while enjoying my frustration over how the sawed-in-half lady's pedicure always stayed so pretty. But I got even with him -- one Father's Day, I replaced his Presto-Change-O color growing necktie with a boring paisley one on sale at Sears. Before the big cocktail party in his home, he asked me to make sure he had a full deck of cards -- so I covered his patio with "Get Well, Happy Birthday," and "Congratulations on Your Retirement" Hallmark greetings. Next I velcroed odd items inside the hem of his costume that would come loose at inopportune moments. Maybe he didn't have anything up his sleeves, but out of his pant legs tumbled out rubber bands, gluesticks and pieces of duct tape. For his grand finale, he pulled a rabbit out of a hat . . . with a condom on its tail. Needless to say, at the end of his act (as my family and friends clapped half-heartedly) he bowed out of our relationship in a puff of smoke. 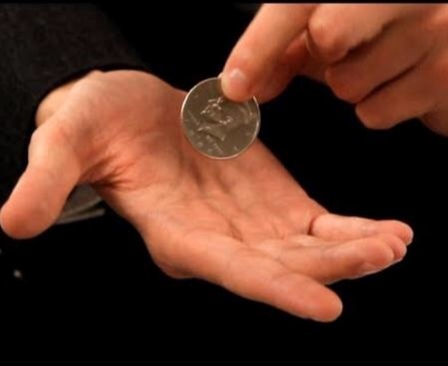 This would be the last coin he pulled from underneath my dress.

Barney Rubble - - Before he was married to Betty, I went out with him a few times until his laugh drove me berserk. Okay, so I was just seeing if you were paying attention my Dear Reader! And also if you believe I'm old enough to have lived in the Stone Age. But I'm not from that generation; it was really his son, Bam-Bam I went steady with. But when I refused to climb into Bedrock with him, he (quite literally) broke my heart, pounding on me with that club of his.

The Accountant - - This guy put an ad on Match.com saying he was looking for his female counterpart - - the perfect Bookkeeper. I dragged my entire series of hardbound Nancy Drew's out of the garage and lined them up alphabetically against a handsome shelf on my living room wall. He wasn't impressed. When I learned foreplay would consist of balancing my checkbook for hours on end, I knew he and I would never add up to much of a couple.

The Chiropractor: His best pick-up line - - "Don't worry baby, I'll be at your back and call." But when he found out I was too scared to let him adjust any part of my body, he told me I needed an attitude adjustment and walked (perfectly straight) out the door.

The Attorney/Professional Chef: Now if that isn't a winning combo, I don't know what is. He thought I was cute when I asked him if "that was a docket in his pocket or he was just happy to see me?" But eventually the burden of proof was on me to show him I could cook. Exhibit A was charred beyond recognition, and my kitchen smelled so bad, he had to ask, "May I approach the stench?" But when I couldn't even make a decent cup of coffee, that caused a latte of problems and was grounds for a break-up.

Orthodontist - - An unful"filling" relationship because he never appreciated my biting sarcasm. There were just far too many puns to be made in this relationship, so I braced myself for getting on his last nerve. But as it turns out, many romantic moments were ruined as he gazed into my eyes and inquired if I ever thought of doing a little something with my endearing overbite? Ignoring what I blatantly told him I thought of doing at the moment, he instead suggested a retainer. A retainer??! That's when I fantasized about another perfect threesome with the Lawyer! He could sue the orthodontist for incisor trading and as a witness, I could solemnly swear to tell the tooth and nothing but the tooth.

CEO of Kraft Macaroni Inc. - - It should be quite obvious after reading this article, my perfect match is with a man who appreciates my cheesy writing.

Have you ever attributed your relationship going downhill to someone's profession?

This was originally posted on the Author's Humor Blog, "Once Upon Your Prime!"