"Men In Black 3" has already earned over $212 million in global grosses, including more $21 million in China -- the highest-grossing territory for the Sony film outside of the United States.

Unfortunately for Chinese ticket buyers, they haven't actually seen "Men In Black 3" -- at least in full.

Thirteen minutes of "Men In Black 3" were cut out of the film by the Chinese government.

According China's Southern Daily newspaper (via The Telegraph), a large section of "Men In Black 3" was discarded by officials because of how it portrays the government's position on Internet censorship. (Censorship about censorship -- it's all very meta.)

The offending scene takes place in New York City's Chinatown, and features Agent J (Smith) and Agent K (Tommy Lee Jones) fighting with a bunch of disguised aliens. As is "Men In Black" franchise custom, when the battle stops, innocent bystanders -- in this case, a group of Asian-Americans -- have their memories wiped clean to prevent stories about the aliens reaching a wider audience.

"This could have been a hint on the use of internet censorship to maintain social stability," the paper wrote.

It's not the first time China has censored a U.S. import: "Pirates of the Caribbean: At World's End" was famously cut because of how it portrayed Chinese pirates, and Kate Winslet's topless scene in "Titanic" was removed for the 3D release.

Of course, there could be a silver lining to the "Men In Black 3" censorship: by cutting 13 minutes out of the film, Chinese theaters can screen the movie more times per day -- which might potentially lead to higher grosses. Considering the film was a slight disappointment at the U.S. box office, every little bit helps.

[via The Daily Telegraph] 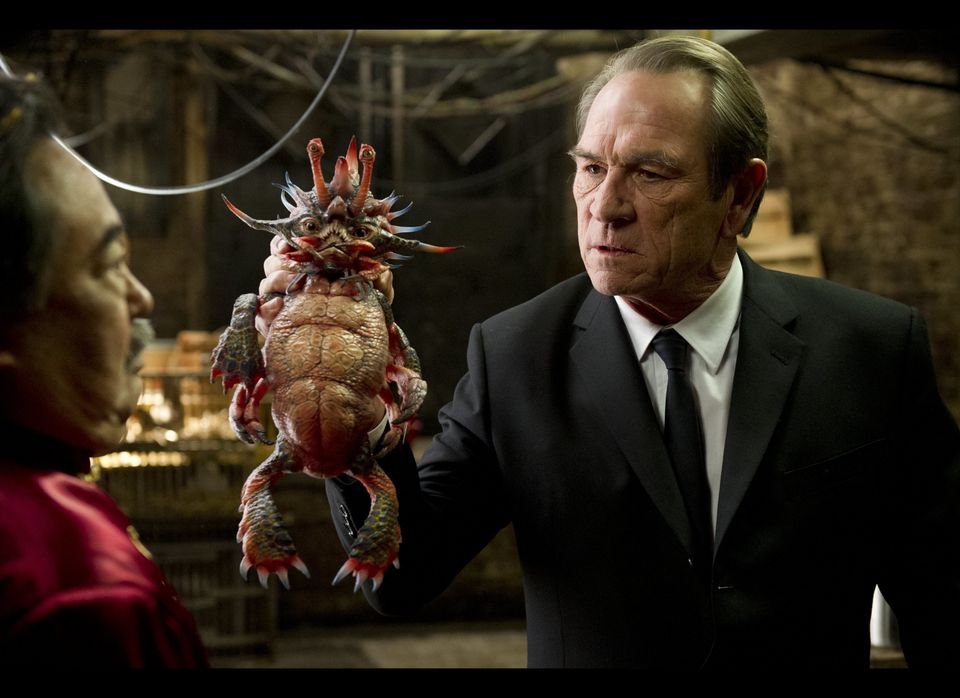 1 / 10
Rafer Guzman (Newsday)
The franchise is no longer the zenith of blockbusterism, and the gooey effects from Hollywood veteran Rick Baker look overly familiar, but "Men in Black 3" <a href="http://www.newsday.com/entertainment/movies/men-in-black-3-they-re-back-in-time-1.3736649" target="_hplink">remains an amiable comedy with some fondly familiar faces</a>.