Some guys may teach you something, says the author of the riveting novel The Love Affairs of Nathaniel P. That doesn’t mean you need to spend the rest of your life with them.

1. The One Who Never Wanted To Commit -- Until He Met You
This sounds like the dream, right? The guy who proclaimed to all that he’d never settle down with anyone ever, and then ate his words when you came along? But the problem is that no matter how wowed by you he is now, the moment things become less exciting, less overwhelmingly amazing between the two of you (and the moment will come), he is likely to have second thoughts. And that will make you feel awful. Maybe you’ll sense it happening, in which case you’ll probably try harder, to do whatever you can to make sure things don’t get less exciting. But that’s a basis for a performance, not a marriage.

You need to meet this guy, however, so that when you meet the guy you should marry you can tell the difference. The one you ought to marry will be a person who wants to be in a committed relationship and who will work with you to make your marriage strong. He won’t feel he has made a mistake, or been duped, every time something between the two of you isn’t perfect, because he will already know that relationships, like other true and meaningful things, operate on an axis that has nothing to do with perfect—they are messy, real, evolving things. That’s what’s so great about them.

2. The Guy Who Knows Everyone, I Mean, Everyone, In Town
This is a guy who’ll save you when you need to get a table at the hot, new restaurant or a contact at a company to which you’re thinking of sending your resume. But be wary. This guy is always chatting on the phone -- or sending emails or responding to texts -- during dinners, holidays, all the times when you long for attention. Makes sense: He’s responding to all those other people who need an in at that trendy restaurant or a professional contact, after all, and he’s got to keep his Rolodex up-to-date; it requires constant effort. His desire to help, his sociability, these are some of his best qualities -- as a friend.

3. The Funny, Charming, Sensitive Guy Who Pouts And Says "Nothing" When You Ask Him If Something's Wrong
He’s got so many wonderful qualities. So please, date him -- if only because you’ll learn a lot about the importance of another quality: open communication. The thing about marriage is that it’s really long. You might be the greatest, most thoughtful and kind-hearted person in the world; I guarantee you are still going to occasionally piss him off.

It’s easier, for all of us, to sit in silence and seethe and think self-righteously that if our partners were better people, they would know why we are mad and wouldn’t have to ask. It’s a lot harder to say, "I know you didn’t mean it, but that joke you made in front of our friends about my slow work habits made me feel lame." Yet, so much of marriage comes down to just those moments -- spitting it out, explaining what’s wrong and giving your partner a chance to apologize and do better the next time. The brooding guy who punishes you with silence? After a while, you’re likely to become so afraid of making him angry -- and so unsure of what exactly bothers him since he never tells you—that you’ll have to tiptoe around him.

4. The Guy Who Is So Good-Looking -- Or Wealthy Or Successful -- That All Your Friends Are In Awe
Here’s my advice: See what it feels like to walk into a room with him. Watch your friends' and acquaintances' eyes widen ever so slightly. Just remember, it can be hard to separate the feeling of pride and exhilaration that comes from having won the affection of someone deemed desirable from the more tender feelings that are the basis of love. Marriage is made up of so many amazing moments other than walking into rooms. Make sure the guy you marry is the guy you most want to stay up late with when it’s just the two of you, the one you love being alone with at home.

5. The Earnest, Bright-Eyed Younger Man Who Adores You
This guy not only wants to commit your every utterance to memory but also heartens you with his sweetness and solemn desire to find love. This will help you more than you know, especially on those days when the men you've dated have caused you to question whether guys even have feelings. (We all have those days.) This man will help you to feel optimistic about humanity and about yourself. But you can’t get romantic with him over the long term. Not because of his age -- there’s nothing wrong with walking down the aisle with someone younger -- but because one-sided adoration inevitably curdles into resentment that the feeling isn't mutual. You might not even want to get romantic with him in the short term because he might feel some real feelings and what you might really like is the flattering reflection of yourself you see in his admiring gaze. By choosing to let him go, you'll have done the right thing -- acting in the best interests of two connected people -- which is exactly what's required when you meet the man you so, so, so need to marry.

Adelle Waldman is the author of the novel The Love Affairs of Nathaniel P. Her writing has also appeared in The New York Times Book Review, The Wall Street Journal, Slate, The New Republic and other publications. 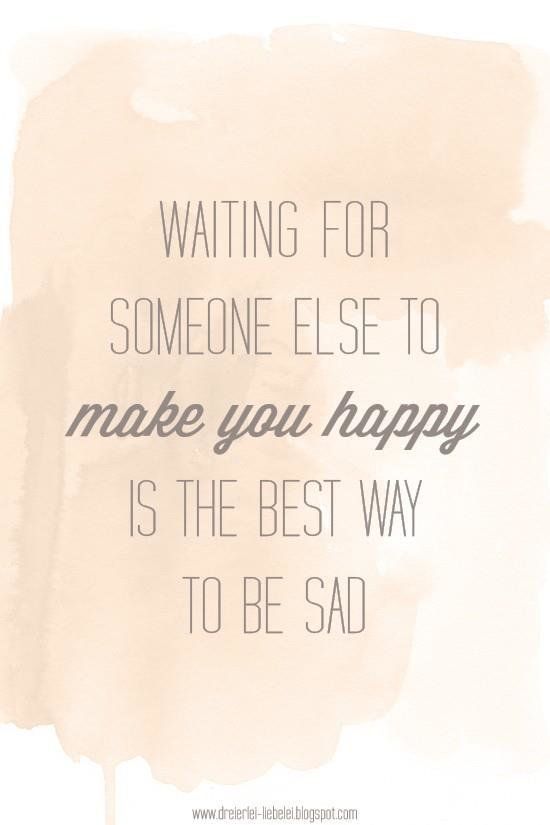