At the beginning "Men-Ups" was a very vague idea I had that I wanted to be, at its core, the mixing of gender stereotypes, which, at that point, was something I hadn't made a stab at but really wanted to attempt. One day it just struck me that I would use the simple poses of classic pin-up imagery, which are very culturally recognizable, especially in terms of their immediate association with the guise of femininity, but pair them with males who were dressed masculinely or playing the part of the recognizably masculine.

From there I began to construct "characters" for each image, all of which included poses that I knew I wanted the models to try. My main goal for the series was to suggest to the viewer something familiar, but with a twist that could both allure and confound. Through the draw of the photographs and the jarring nature of the unfamiliar, I hope to have the viewer question their responses and why they feel the reaction that they do, and to associate those feelings with an understanding of societal brainwashing. Mainly, I want my audience to ask two things: why is it considered sexy for a woman to pose in such ways, and why isn't it sexy for a man to do the same?

Gender isn't naturally born as society implies. It isn't black-and-white. It isn't feminine-vs.-masculine. Humans can't be so rigidly defined, because those definitions are built on baseless, antiquated implications. I believe that thinking and asking questions (whether they can be fully answered or not) builds a freer, open-minded approach to life that can only allow for an unadulterated understanding to the complexity of human beings.

'Men-Ups': How I Got the Idea for My Gender-Bending Photo Series (PHOTOS)
Rion Sabean's Men-Ups 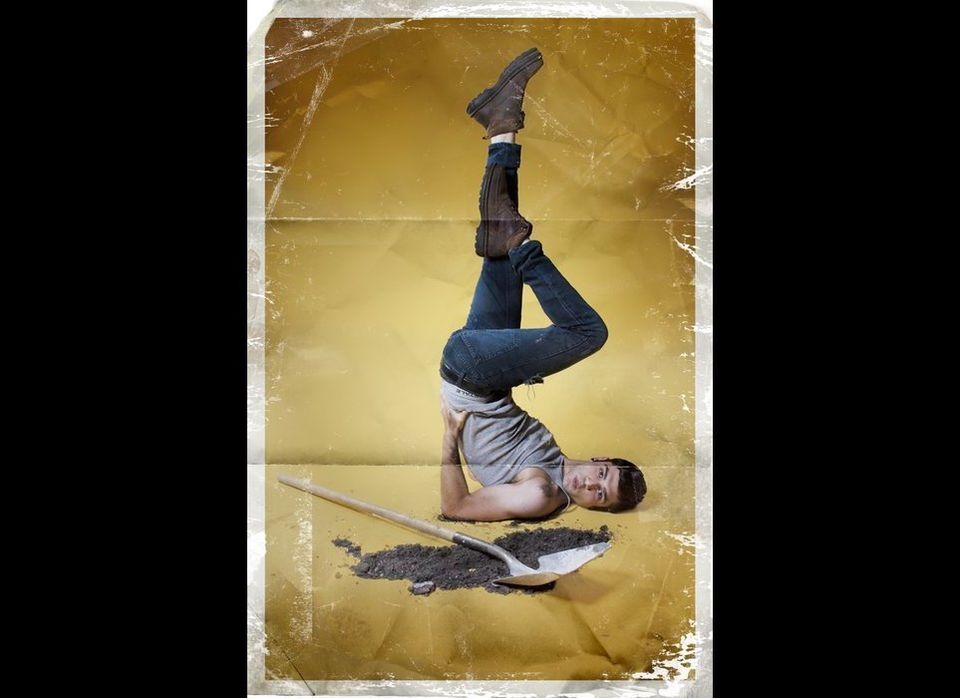