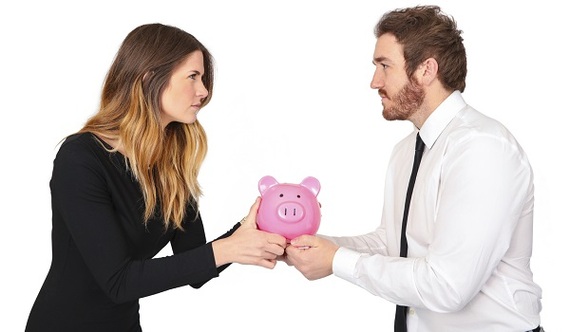 We all know that men and women tend to think differently about most things in life, and financial decisions are no, ummm, different. A recent study by the worldwide research, learning and development organization LIMRA highlights some of those differences. To nobody's surprise, the study found that men differ from women not only in basic areas of financial planning, but also in the decision-making process.

Apparently, men like to be in charge, especially older men. (Who knew?) Only 46% of surveyed men aged fifty or greater said that they shared financial decisions with their spouse, while women of the same age were more inclusive in the process. 67% of the women surveyed said that they shared financial decision-making responsibilities with their spouse.

Perhaps it would be better to leave the women in charge, and the wealthier you are, the more you should consider that advice. Even though only 30% of women surveyed were the primary financial decision-makers in households that had a total net worth of more than $1 million, when women are the primary decision-makers, they are generally more likely to have undertaken fundamental retirement planning activities.

According to LIMRA, women were more likely to have determined their Social Security benefits (76% to 73% for men), outlined their retirement expenses (57% to 55%), estimated the number of years that their assets will last (41% to 38%), determined the likely health care coverage they would need in retirement (44% to 37%), and created a specific strategy to keep income flowing from their savings during retirement (41% to 34%).

The survey seems to imply that men focus on the revenue, while women focus on expenses. That is another good reason why teamwork and cooperation between spouses makes financial planning better -- the use of complementary skills.

Without spouses cooperating in the process, unpleasant changes and surprises can follow in retirement. A separate survey from Allianz Life Insurance found that 70% of women change financial advisors after their spouses pass away, which is reasonably consistent with men being unwilling to share in the decision-making process. These women have not built up the same trust with the financial advisor.

A formal plan can help the retirement planning process and keep both spouses and advisors on the same track. Unfortunately, formal plans can be few and far between. Across the sexes, only 25% of survey participants who were primary financial decision-makers had a formal retirement plan.

When a formal retirement income plan is present, survey respondents reported better satisfaction with their financial advisors and expressed greater loyalty. 42% of those with a formal plan expressed advisor satisfaction, approximately three times more than those without a plan.

The bottom line: couples should share the financial decisions and make a formal retirement income plan together, using their complementary skills. Doing so will increase your contentment with your financial advisor, and will likely increase your confidence in your retirement plans as well.

Come on, guys. Just admit that you do not have it all under control and can use some spousal assistance. It will be better for everybody once you do.