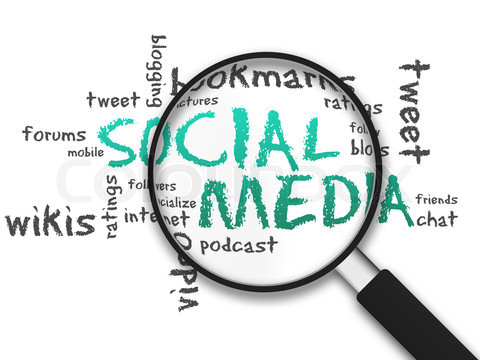 A few nights ago I sat down to watch a movie with my husband. I'm not a big movie person because I have the attention span of a 4-year-old and we usually don't have the same taste in movies, so I assumed I would watch the first few minutes and then happily fall asleep in his lap... somehow that didn't happen this time. We really had no idea what to expect. It was a movie a friend of mine mentioned casually a few months ago simply saying "it was really good" and as I was scrolling through the movies one night I noticed it and we ordered it.

The movie starts by showing images of earth taken by the Voyager Spacecraft. The Voyager Spacecraft was launched by NASA in 1977 and was equipped with a camera that took a picture of our planet from space. The image showed what looked like a tiny star in the distance but in fact it was earth, a mere tiny speck in the universe. It was amazing to see this. WOW... we really are insignificant in the grand scheme of things aren't we? The Spacecraft also recently entered into "interstellar space" which is further than anything or anyone in history has ever gone -0 just a cool fact!

The movie then zeros in on a group of people, men, women, children and their families. Specifically, how our attachments to the virtual world are destroying our relationships and turning us into a race of fame-obsessed, porn-addicted e-zombies.

It's important to note that in my opinion the essence of this movie is a very extreme interpretation and must be viewed with an open mind however, I found the message to be a very strong and very necessary one (especially as a mom of two young children) as long as we remain objective.

Then there was the other extreme. A mom (played by Jennifer Garner) who was obsessed with tracking her daughters every text, Internet site search and social media account becomes so overbearing that she nearly causes a tragedy without even realizing it. It is SO easy to type some words and hit send without even thinking or acknowledging how those words can affect the recipient. It's so easy to hide behind a computer screen or smart phone and say things we would never have the bravery to say to someone in person. The Ego is easily boosted and people effortlessly think they are "cool or brave" when in fact (in my opinion) we are living in a society full of more cowards than ever before. Think about how many times you have received a text or email from someone and found yourself wondering what they meant. What was their tone? Are they mad? Sad? Angry? One can only assume and my bet is that nine times out of 10 our interpretation is wrong.

This movie opened my eyes to how disconnected we really are from one another. Don't get me wrong, I fully appreciate social media for all the good it has brought. It has allowed me to connect with people I would otherwise rarely speak with or see, such as family members in other countries or old friends I had lost contact with however, we are such an over-indulgent society that we have taken this beautiful invention and are slowly spiraling it into what I think is a tragedy.

We have become a society that no longer takes the time to get to know one another. Why would we? We get what we need by sending a quick text or email and we're done. Earlier this week I was in downtown Toronto walking down the street. I probably walked past 100 people and I can confidently say that 80 of them were looking down at their smartphones. I've done it, don't get me wrong, but I'm grateful I am a little more aware now. Not only are we not connecting with our fellow human beings, but we are not connecting with our surroundings either. We are essentially robotic as far as I'm concerned. We have the divine ability to touch, see, feel, smell, yet we choose to stare at a screen instead of taking in the true beauty that surrounds us. I have also watched people interact at restaurants and other public places and rarely do I see people fully connecting with the person they are with. I am guilty of this as well. Recently I was out for a family dinner and at one point almost all of us at the table were individually looking at our phones. My sister-in-law said, "Look at us, we've become those people who can't put their phones down." It was a slap in the face and a wake up call at the same time. She was right. What could we possibly miss in a couple of hours? What could conceivably be more important than the family members we were blessed to be sitting with at that moment? It's sad that we are so easily distracted by the many possible devices one carries today.

The lesson I took away from this movie is to never let my daughters have a smart phone... okay, I know that's crazy in today's day, but I secretly wish it was an option. In all seriousness though, we need to start to re-connect with ourselves as well as the people around us. Human connection and interaction is like no other and cannot be replaced by smart phones, social media or the Internet. I have to wonder if the increase in mental illness in young people (there has been an 80 percent increase in inpatient hospital stays among children for mood disorders in the U.S. from 1997-2010, as reported by the Centers for Disease Control) has anything to do with this generation's obsession with social media. The lack of human contact and affection must have an effect on how they view themselves as well as their outlook on life and love. Love is not something anyone can feel through a device but only from the touch of another's hand, the look from a loved ones eyes or from two arms reaching out and holding you in good times and in bad.

I have learned the importance of disconnecting from time to time to be with myself and/or the people I care about. I have to emphasize that I believe disconnecting to be alone with "you" is just as important (if not a little more) than being with others. I have learned that as a parent I must be more aware and educate myself on the benefits as well as the dangers of social media so that I can teach my children accordingly. I am of the generation that never had any of these gadgets and therefore, I easily take the possibilities that come with owning one and having social media accounts for granted -- I think it's safe to say that I am ignorant in many ways so, I am grateful I saw this movie because I vow to not be ignorant anymore.

This article was originally published on The Chatter Boxx. To read more articles by this author click here.

More:
communicationKidsParenting Social MediaParents
Newsletter Sign Up
Raise the kind of person you'd like to know
Subscribe to our parenting newsletter.
Successfully Subscribed!
Realness delivered to your inbox

I’m a motivational Blogger and a writer but first, I am a Woman, Wife, Mother, Daughter, Sister and Friend just like everyone else!