As her divorce proceedings finally come to an end, Mena Suvari has embraced a new single style. Rather than relegating herself to watching television in sweats, the "American Pie" star has been out and about in some rather scandalous dresses.

After accidentally flashing her rear-end to fans in April (in a very cute LBD, we might add), Mena has found a sweet spot in the near-wardrobe malfunction category of dresses, sporting cutout frocks and a keyhole gown to the AFI Lifetime Achievement Awards last week. Her latest tempered look has us wondering if she was able to hold up her dress by sheer magic.

Mena opted for another LBD last night for the Beverly Hills Hotel’s 100th anniversary party. The bustier front of the dress had no back and must have involved some major double-sided tape maneuvering. Although the overall effect was a bit racy, the silhouette was feminine with the sheer skirt fluttering over a flesh-colored bodice. The hair and makeup was kept simple, but the petite blonde added some extra va-va-voom with gold metallic pumps and large black satin bows on each ankle strap.

As long as the dress stayed put the whole evening, we don't have a problem with the look. Check out the photos below and tell us what you think of Mena's (magical?) dress. 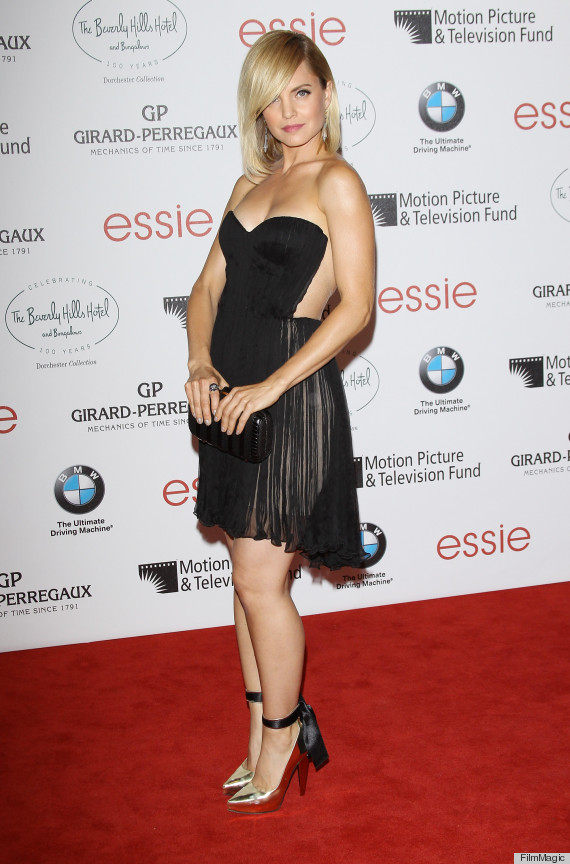 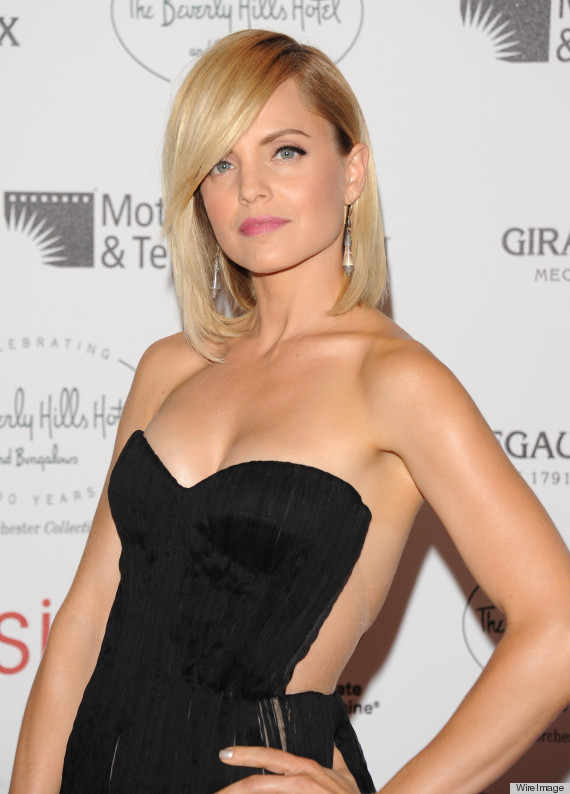 Mena's style isn't the only thing that's evolved. The divorcée has gone through quite a few beauty evolutions too!