Earlier this month, composer Julia Wolfe was a bit jet lagged returning to New York from South Korea, where she was on tour with Bang on the Can, but is already back to work on her ambitious choral piece Anthracite Fields, having its premiere this month by the mighty Mendelssohn Club of Philadelphia.

Anthracite Fields turned into a docu-oratorio about the mining industry and Pennsylvania mining community that thrived in the early 20th century. The piece was commissioned through New Music U.S.A. and the Pew Center for Arts & Heritage, and is having its first performances during Mendelssohn's 140th anniversary season in Philadelphia. It will also be performed during the New York Philharmonic inaugural biennial in May at Avery Fisher Hall.

Mendelssohn Club artistic director-conductor, Alan Harler, piloted the project and is a leading advocate for new choral music and has piloted 48 commissions for The Mendelssohn's since 1988. Wolfe has composed works in every musical form, both contemporary and classical, including chamber works, concertos, symphonies and vocal music. Wolfe, her husband Michael Gordon and David Lang, founded Bang on the Can in the 80s. In a phone interview from New York, Wolfe talked about how she approached the subject musically.

The composer went into the project knowing that she would be writing about the mines, but hadn't formulated any content or musical framework for the piece. She was driving to Philadelphia, for research, but detoured to the former mining community, she said.

"I like to keep myself challenged. Anthracite Fields was a research project, in large part, searching down information about this area in Pennsylvania. I'm a New Yorker and I really had no idea what I would encounter when I got to this museum about coal mining... I had a vague idea of the industry and I discovered this amazing history there," she said.

"All of the curators of the mining museums are dedicated to keeping the history accurate. They are dedicated to preserving this history," Wolfe recalled. In addition to going into the actual mines, Wolfe met with many families who recounted stories of their relatives living in a mining community. 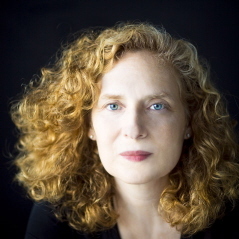 Community solidarity, then and now:

At the end of the 19th century until the depression years, it was the dominant industry in the area and Anthracite coal was touted as the "cleanest" coal available. But however they could pitch the product, the mining industry was the real story," Wolfe observes.

The stories of the mines deal with issues of backbreaking and hazardous working conditions for the miners and depressing living conditions for their families. But Wolfe had to pick "five story threads" she said, to bring together the life and history there. "So there were things I had to omit. One of the big turning points in the labor movement and the unions forming, because there were so many deaths, for instance, and hazards -- to get politicians to pay attention to the dangers of mining," she explained.

The tragedies though couldn't be avoided, "Yes, mining is not the safest business and many families had relatives who had died of lung disease or dealt with very serious medical issues from conditions working in the mines," Wolfe said. 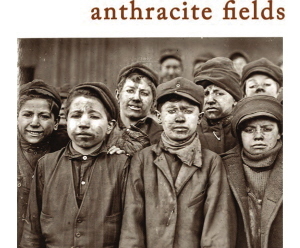 "The first movement called Foundation is based on this index of a list of the entire minor who had been in accidents from 1859 to 1915 approximately and it is overwhelmingly long. So I took all of the men with the first name John and one syllable last names, John Ash, John Ayer, etc. Easy musically to work with two syllables. It almost turned into a dirge of names," Wolfe explained. "I have narration about how coal is formed- The briny seeds coming out of roots and branches, and then the names go into these beautiful, ethnic names, and multi-syllabic, Italian, Polish, Welsh names."

But Wolfe also wanted to show the whole spectrum of life around the mines and the community solidarity that would "to honor the spirit of these people, the relationship with the earth and humanism." she said.

Along with reflection on the community's "sense of solidarity," Wolfe delves into the issues of worker conditions and safety, as expressed by local mine organizers and union leader John L. Lewis, whose politically fiery speeches the composer scored. "The language in his speech is so beautiful," Wolfe quotes Lewis' humanist polemic about the toll on workers and their families, that the public "can't be detached from the lives and conditions of the miners."

Philadelphia choreographer Leah Stein will devise movement elements for the singers to dramaticize the stories and themes. Accompanying the Mendelssohn Club Chorus will be Bang on the Can All-Stars and, Wolfe says, an "amplified ensemble" of six more players with instrumentation including piano, electric guitar, cello, bass, percussion and other instruments.