People often use words like "manopause" and "andropause" to refer to the reduction in testosterone levels that causes symptoms in men similar to those experienced by women during menopause. The fact that doctors haven't coined a term for the phenomenon doesn't make it any less real, according to Dr. Abraham Morgentaler, a urologist and author of The Truth About Men And Sex.

"Menopause is when the ovaries stop working at a certain age. Hormones drop. Happens to every single woman eventually. In men, it only happens to some men, but testosterone levels do decline and there are a lot of men 50-plus and even younger where their levels drop and they get symptoms, and it sounds a lot like menopause," Morgentaler told HuffPost Live's Nancy Redd on Tuesday.

Some of those symptoms include a lower sex drive, brittle bones and a cranky attitude, as well as changes in personal fitness patterns.

"Testosterone also affects muscle and fat. Estrogen with women is a little different, but men will notice that their workouts aren't as productive. Even if they're dieting and exercising, they may get a little extra fat around the middle," Morgentaler said.

Morgentaler most often discovers "manopause" in patients who come in with concerns about their libido. The good news, he said, is that hormone treatments to increase testosterone levels are successful in 80 percent of men.

Watch Morgentaler's explanation of menopause for men in the video above, and click here to get his take on penis size, Viagra and more in the full HuffPost Live conversation.

The Truth About Menopause For Men
surprising testosterone facts 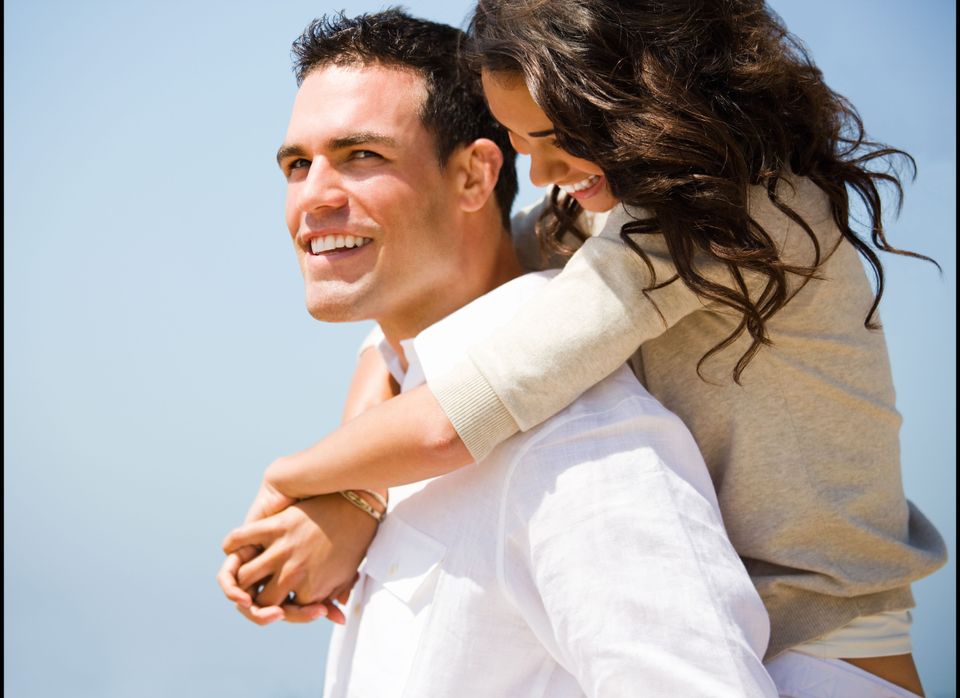 1 / 14
Women In Love Have More
Women in love have higher testosterone for the few months after a relationship starts than women who are single or in long-term relationships, a small Italian study suggests. The opposite is true for men; those newly in love have lower testosterone than men flying solo or with a long-term partner. As with early passion, though, the changes don't last. When the researchers tested the study participants again one to two years later, the differences had disappeared. <strong>More from Health.com:</strong> <a href="http://www.health.com/health/calendar/0,,20355961,00.html" target="_hplink">30 Stay-Healthy Tips for Men</a> <a href="http://www.health.com/health/gallery/0,,20521449,00.html" target="_hplink">12 Signs of Depression in Men</a> <a href="http://www.health.com/health/condition-article/0,,20408367,00.html" target="_hplink">Should "Male Menopause" Be Treated?</a>
Alamy